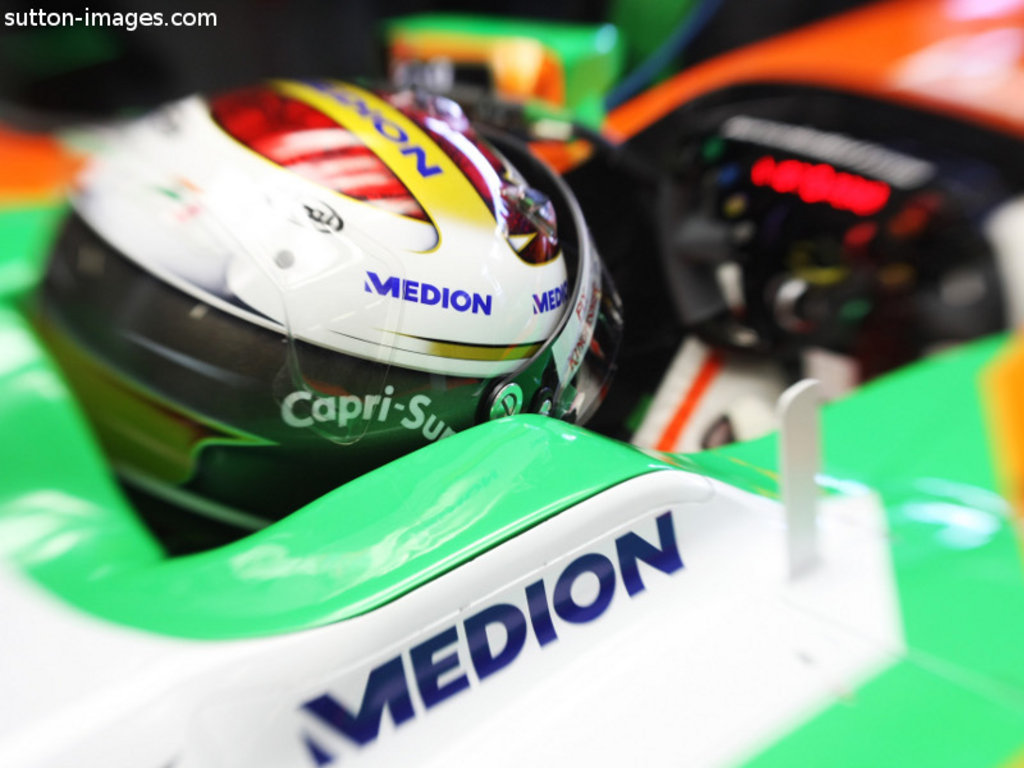 Q: There has been a lot to talk about this weekend. What’s your overall verdict?
AS: It was quite an interesting weekend, I think! Everybody thought it was going to be challenging with new tyres, the wing, all the buttons, and everything that you had to do. But it turned out to be a normal race as usual.

Q: What did you think of the Pirelli tyres?
AS: The tyres worked very well, and you could even do a one-stop strategy and it really worked! I had a similar feeling when I was on the soft or hard, the tyre was just lasting and lasting. It was really good. It was surprising, but I think it was a good job from Pirelli. Let’s see how it is in the next race in Malaysia. That’s going to be a little bit different on tyres, with extreme heat and high speed corners it is always challenging.

Q: What was your own tyre strategy?
AS: I did option/prime/prime. I felt very comfortable on the prime all weekend, I could switch them on really well, so I decided on that strategy.

Q: How would you sum up the team’s weekend?
AS: In general it was a good weekend for us. The car was not so bad. We expected the worst as the pace wasn’t there in Barcelona during testing. But here it was much better in qualifying, and in the race both cars finished, so it was a good result in the end.

Q: How did things go from the start?
AS: I lost a little in the first corner. It looked like I was going to gain a little bit, but in the end there was a bit of a mess! The fight for position got a little too close for me and I did not want to lose my front wing, so I had to back off, and I lost three or four places. Then I thought, ‘OK, wait a few corners, they’re going to eliminate themselves anyway,’ and that’s how it happened. There were three or four cars out of the race and I was there where I wanted to be. So from that point of view it was quite good. I’ve had quite a few shunts in the first corner here, and I know if you just try to stay in the race you’re going to be well placed in the end.

Q: How did your race unfold after that?
AS: It was OK, but I think I missed a position. I was fighting against Buemi at the beginning, once I fought past other cars. I was right behind him, and I went into the pits a lap later to have the extra lap advantage on new tyres. But the pit stop wasn’t so good, as we lost around four seconds with a problem with the left rear. I went out of pits still in front of him, but with new tyres you’re so slow in the first sector, and he passed me by going completely off track. Then Paul passed me, and I had to get past Paul again, and Buemi was gone.