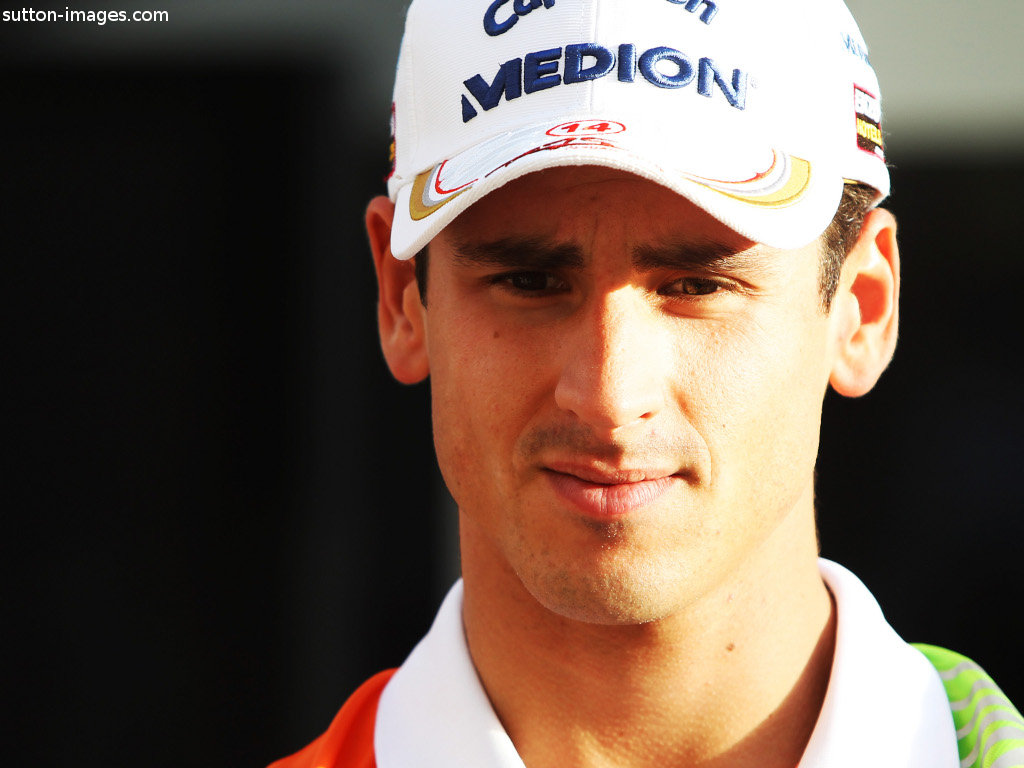 Q: You haven’t had much luck in Brazil over the years – was it a relief to finally get a good result?
AS: I’m very happy about this result, it’s nice to have a good finish, and it’s my equal best result this season. It feels great. I think it was the right time for this result and now I head into the winter break, and will enjoy my time off!

Q: How did it go from the start?
AS: The start was quite good. I tried to get past Nico in the first corner, but then I was outside and had to go back. I was pushing him through the first stint, and even when I got DRS, it was still hard to pass. I pitted early, and then I went in front of him, and I could make a gap. Then after the second pit stop I think he was in front of me again, and then finally I passed him on the circuit on the hard set of tyres. It took two attempts! It was a nice battle, he’s a fair and hard driver, so I enjoyed that.

Q: And after that it was a case of bringing the car safely home?
AS: I was pushing on and I tried to save my tyres. It was nice to also see that I could really make a gap of around 12 seconds to a Mercedes, which was quite good.

Q: So everything went to plan?
AS: Yeah, we converted to a three-stop early on, because we could see that there was just no life in the tyres. We expected more, but after 10 laps it started to get oversteery. We decided early enough, and it was the right call.

Q: Obviously Lewis Hamilton retired ahead of you, but nevertheless sixth place is a great result.
AS: Yes, together with Nurburgring it was the best result, and it feels great to at last have a good finish in Brazil. It was just nice to know for myself that I did everything I could.

Q: Ninth place in the World Championship usually wouldn’t mean much – except when you look at the cars that the top eight drivers were driving! Do you feel it’s something worth celebrating?
AS: Absolutely, I’m right behind the top teams, and I think that’s very impressive for the Force India car. The whole team should be proud of the performance we delivered this year, especially after this difficult start. The team was sixth in the World Championship, close to Renault in the end, and with our resources to beat Mercedes in some races was a great effort.

Q: In fact between you and Paul, you very nearly did enough to enable the team overtake Renault!
AS: Yeah, I didn’t know where Paul was, but when I was in sixth I thought, ‘Look at that, anything is possible.’ I was pushing from beginning to the end, I had nothing to lose, I just wanted to have the best result.

Q: Finally, are you pleased that you were able to have such a strong second half of the season?

AS: I had a hard beginning to the season; the car was not there, and I also had personal issues sometimes. The new tyres were difficult for me to use. But I recovered, and from Canada on it was very good. I think that it’s worth even more when you recover like that.