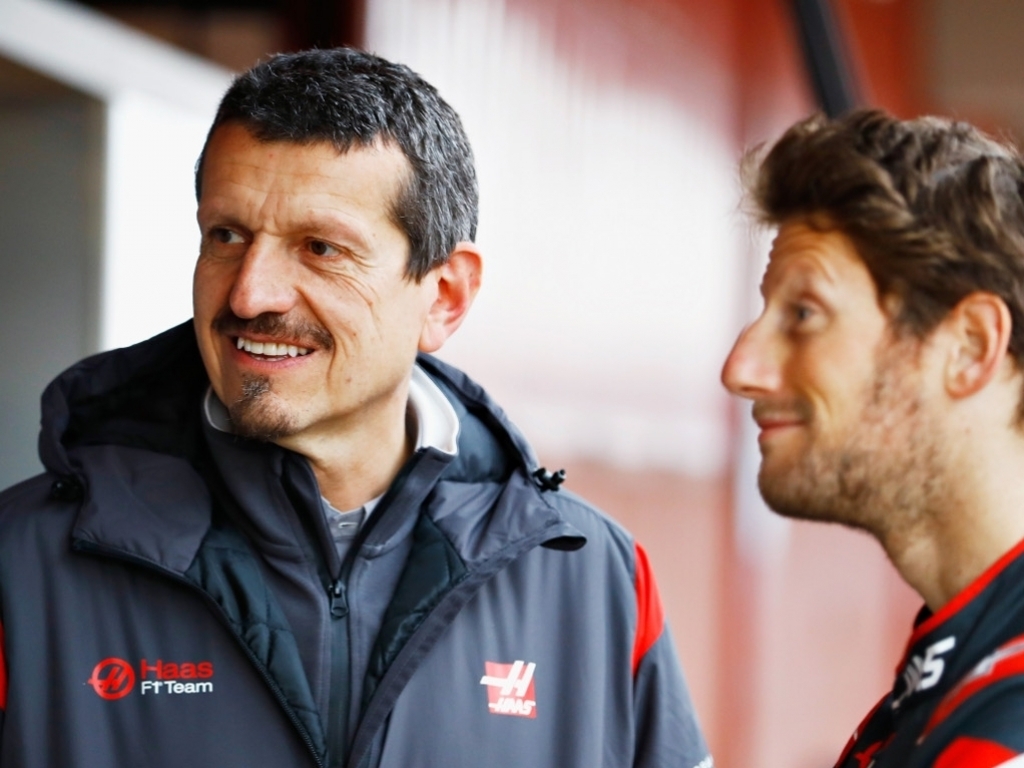 Even though the outcome of the Australian Grand Prix produced a double DNF, the weekend as a whole seemed to go well at least in regard to the speed of the car. Are you cautiously optimistic that you have a car capable of fighting at the top of the midfield?
“We are cautiously optimistic. We need to still prove that our performance wasn’t a one-off. It’s very tight in the midfield. On a good day, you could be on top, but on a bad day, you could be at the back. The other midfield teams have shown that this can happen. I think we surprised a little bit with our performance, especially Romain qualifying sixth with his lap, which was four-tenths faster than (Felipe) Massa’s. That’s pretty good.”

You were not alone in suffering a DNF at Australia, as five other teams had drivers who failed to finish. Reliability is important and it will come as the year progresses and more is learned about the racecar, but at this stage of the season, will you take speed and potential over reliability?
“Absolutely. If you’ve got speed, you can get reliability. It’s not good not to have it in the beginning, but not to have speed would be much more difficult to fix than the reliability.”

Haas F1 Team impressed everyone last year with a sixth-place finish in its debut at the Australian Grand Prix. How important was Grosjean’s sixth-place qualifying effort this year in dispelling any notions that Haas F1 Team’s way of doing things wasn’t sustainable?
“There will always be doubters. We’ll always be told that next year will be more difficult, and then we have to prove it again. You have to prove yourself every year in Formula One. Again, qualifying sixth in the first race of 2017 quieted our critics a little bit. They will come back, but we proved we didn’t just get lucky last year.”

Grosjean’s sixth-place qualifying effort came as a surprise to many in the paddock, as there were questions about how Haas F1 Team would fare in its second year after it had to simultaneously race its 2016 car and develop its 2017 car. Did the qualifying performance surprise you?
“I would say yes. We were hoping to get into Q3, but we weren’t sure because it’s so tight in the midfield. Then to be sixth, with this distance to our next competitor, four-tenths, it surprised us. Obviously, we need to keep it up, or we need to try to do it again, to prove that this is where we should be. It will be difficult to keep that pace, or that distance, or even get into Q3 all the time because it’s very competitive.”

Ferrari won at Australia, and Haas F1 Team runs the same Ferrari engine as the version that carried Sebastian Vettel to victory. Can you talk about the gains made by Ferrari with its 062 engine and what it means for Haas F1 Team?
“With the engine, there is not just one area that is better, it’s the whole package that has improved from last year. It’s now as competitive as a Mercedes engine, if not better. Ferrari won in Australia, but everybody is developing and trying to get better. It’s always going to be a development race. They’ve made a good step, and without that help from Ferrari, we wouldn’t be where we are.”

The engine has improved, but so has the car, and it was again built in collaboration with Dallara. How has Dallara incorporated what it learned from last year’s car into this year’s car?
“We just did what everybody does, but I think we made a bigger step. For us and Dallara, modern F1 was new last year. We made some mistakes and we were a little bit conservative on some parts, but we learned quickly. We’ve done a lot of things better than last year. What came out is a car which seems to be competitive.”

There was a lot of talk about the start of this year’s Australian Grand Prix, specifically, how it would go since drivers need to release the clutch based on feel instead of with a program supplied by the team’s engineers. Can you explain what drivers need to do to release the clutch this year compared to what they had to do last year and why it’s so challenging?
“Last year, the engineers set the clutch bite point and it was a procedure. If you followed the procedure correctly, and if the mapping was right, everybody should’ve had a good start. This year, the engineers cannot interfere with the clutch. The drivers are on their own. Like anybody starting off at a set of traffic lights, with the clutch you need to make sure that your tires don’t spin and that you don’t stall. The F1 car, the clutch is on a paddle on the steering wheel, and also you cannot stall because there’s an anti-stall device, but you lose a lot of time if that engages. It’s just more for the driver now to get the right feeling and to handle it manually, and also mentally. It’s a big stress knowing that you’re in control of it and not an electronic set of data.”

China marks the first stint of back-to-back races, as Bahrain is the very next weekend. Considering that China and Bahrain are both flyaway races, how difficult are the logistics of moving a team across an ocean when you only have two days to pack up from one venue and arrive at another?
“It is very challenging. Some of our freight back to the U.K. to rebuild parts was delayed, so that didn’t help. Instead of having three days to rebuild stuff, we just had one. Otherwise, it’s very well organized from Formula One Management how this stuff travels. People are used to it, but it is challenging. You need to be well organized and all F1 teams are highly organized operations. We are prepared for it. People work hard day and night. With something like the freight coming in late, you need to rewrite your plans. You need to give the guys a few days off before the freight comes so they can work those last days before jumping on the plane and going again.”

Explain the level of sophistication with today’s Formula One car. Why can’t a problem be fixed in the garage during the race in the same manner a problem with a NASCAR Cup Series car can be fixed during the race?
“If something breaks in a Formula One car, they are so highly sophisticated that it’s quite a process to determine all that’s wrong and then, normally, there’s not enough time to fix it. Plus, your mechanics are involved in all the pit stops, so when something goes wrong, you can’t pull three or four guys to fix an issue because, by regulation, they’re needed for the pit stop with the other car that’s still running on the racetrack. To try to fix the car just to come in last, 20 laps down, doesn’t make any sense.”