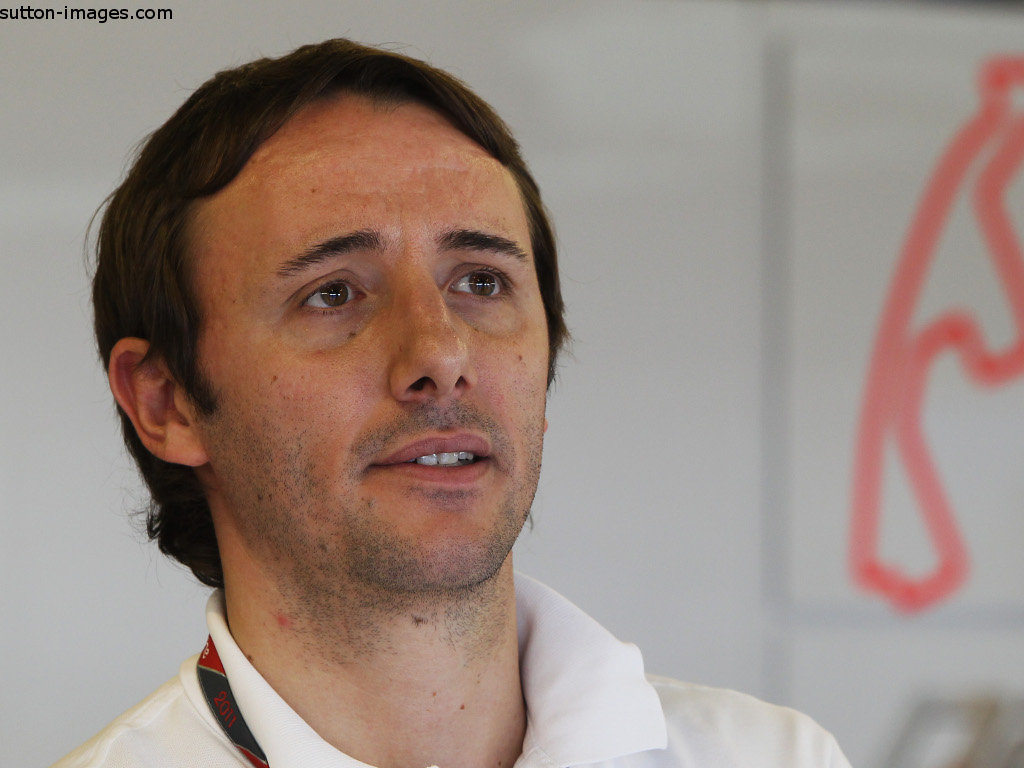 Q: It must have been a difficult start having come in half way through the season but, what evaluation can you make after almost five months at the head of HRT?
SRdM: The evaluation can only be positive. I’m not going to deny that they have been some tough months with a lot of work, but since we joined the project we have always spoken about a number of priorities such as giving stability and viability to the team in order to establish ourselves and improve in sporting terms and I think that we are achieving this. It’s not an easy task because there are many areas to work on and different things to cover, but I think we’re doing a good job, with discretion, decision and taking thoughtful action.

Q: Have you reached your targets then?
SRdM: We’re in the process of doing so, but I would say that we have. Having incorporated ourselves so far into the season there wasn’t much we could do this year, but these months have served us to get a deep understanding of the environment in which we work and the situation of the team, its weaknesses and virtues. We’ve been able to evaluate everything and see what the team needs to take another step forward next year. In a small team with a tight budget you must use your resources in the best way possible and, although it is not easy, we continue to advance. In the beginning we focused on three main targets: the 2012 car, our headquarters and the drivers. And we are making solid strides in all three areas. A few weeks ago we announced the extension of our technological agreement with Williams which leaves us in a much better place for next season as, not only will they be supplying us with gearboxes but with KERS too. As for the headquart ers, we are working on having one in Spain where all the departments can come together. And the acquisition of Pedro de la Rosa as an HRT driver for next season is, without a doubt, another step forward.

Q: What does it mean to the team to have Pedro on board?
SRdM: For us, having Pedro join us was a priority. Not only because we wanted to have a Spanish driver but because of his quality and experience. His career in Formula 1 speaks for itself and the prestige and respect he has gained will be a very important added value for the team. HRT is a very young team and we need people with his experience and commitment to continue advancing. Pedro has all these attributes and we are very proud that he has committed himself to us to make this a competitive project that we can all feel proud about.

Q: At what stage is the development of HRT’s car for 2012?
SRdM: Work on the design of the car has been going on for months and the line of development was defined a while ago. We have a technical office in Munich where, as of today, we have more than 60 people working on the F112, both in the development and design department and the aerodynamics department. The car will come to fruition for 2012 and we hope to get it on track for preseason testing, although to do this we must work hard against the clock.

Q: Will the team’s headquarters finally be in Spain?
SRdM: We’ve never denied that one of our objectives is to move and unify HRT’s headquarters in Spain. As of today, taking into account every factor, that is the best option. Different departments are spread around in different places right now, and keeping in mind that the team’s license is Spanish, the natural thing would be to move there. For communication, logistics, coordination and cost reasons it is essential that all the departments work together. It would save us time and effort, and also give the team an added value if we were based in Spain. Besides, we are one of the smaller teams in Formula 1 so we have to offer something different to our sponsors. We’ve had a logistical headquarters in Valencia since the 1st of November where we will work until the definitive base is ready.

Q: What are the next steps?
SRdM: We are meeting our targets and on the right path but we still have a lot of work to do. The 2012 car is going well and so is work on a new headquarters. We hope to complete our driver line-up once the season is over. We are also working hard on next year’s sponsors and partners. We will make our first announcements soon and we also hope that the recent events will help to generate confidence and attract people towards us. We are aware that the current economical situation in Spain and the rest of the world isn’t ideal but Formula 1 is still an unmatchable showcase worldwide and we can offer an interesting and different panorama than other teams.