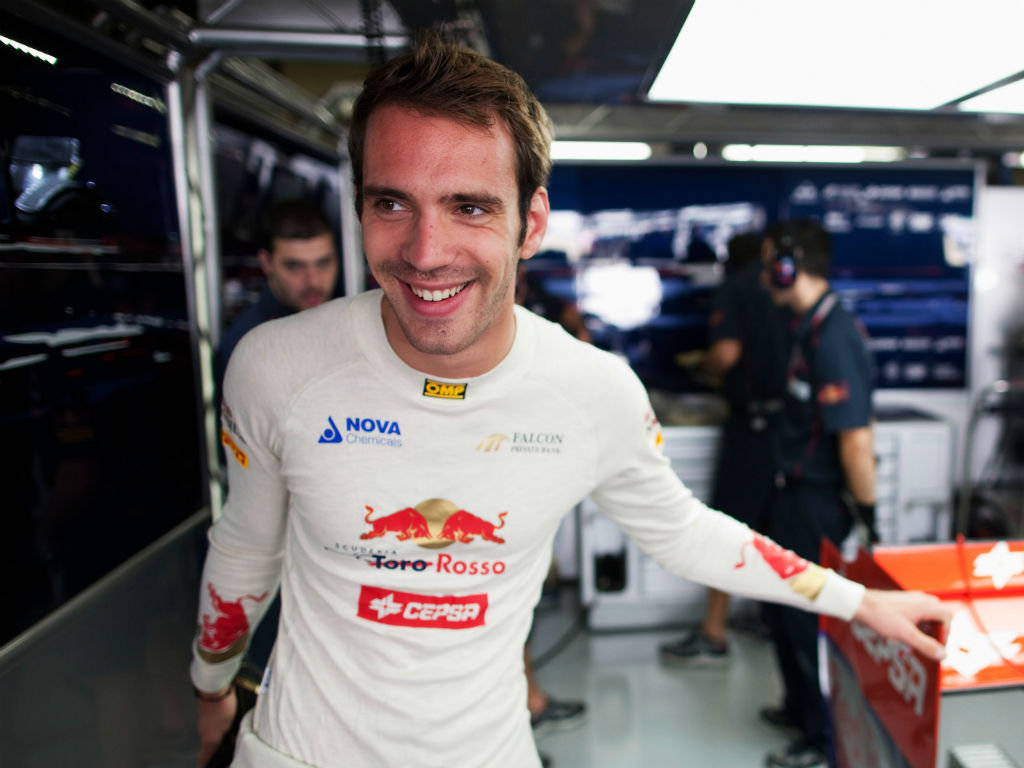 Toro Rosso new boy Jean-Eric Vergne looks back at an exciting few days and also discusses the challenges ahead.

Q. JEV, we see you’re celebrating your drive by working in the simulator. Must be a good feeling knowing you will be getting the benefit of all this work yourself next year?
JEV: “I think it’s a good thing to be working today, just a few hours after hearing that I have the drive with Toro Rosso next season. It helps me keep my feet on the ground, but in any case, I love the work, driving either the real car or in the simulator. It also makes a difference knowing that the work I’m doing in the simulator is now for my own benefit on track and not just for other drivers.”

Q. How did you get the news that you were a fully fledged F1 driver?
JEV: “I was at home in Paris when I got the call. I was very excited and keen to tell everyone, but I did not dare phone anyone until the team told me that it had put out the official press release. Once I knew it was out there, I started calling my parents and my family of course and my trainer and others who have helped me along the way. After that, I could not make any calls because people were ringing me nonstop.”

Q. You mentioned that a lot of people have helped you with your career, so this might be a good time to thank them.
JEV: “Obviously, Red Bull is top of the list and without them I would not be in Formula 1; maybe I’d still be in college. After that, I have to say that the FFSA, the French motor sport federation has been a great help, backing me ever since I was racing karts. Then I won a Federation championship called the Autosport Academy, so they got me on my way before I became part of the Red Bull programme.”

Q. Did you have any other plans in place for 2012?
JEV: “I think I might have been the third driver for the team, running in Friday practice again and maybe tackling another season of World Series. But now I don’t have to think about that because my plans for next year are fixed in the best way possible.”

Q. After finishing in the silver medal position in the Renault 3.5 championship, you then had a busy time running three practice sessions with Scuderia Toro Rosso and doing the Young Driver Test for Red Bull Racing. Were they very different kinds of pressure?
JEV: “It’s all the same for me, because, whenever I am behind the wheel, whatever the car, whatever the formula, I always enjoy myself and do not feel any pressure. I just try to always give my best and to be as professional as possible.”

Q. Daniel Ricciardo has been your team-mate before, so how do you think the two of you will get along together this time?
JEV: “I think it’s fantastic for me to be team-mates with him. He’s a great guy and I like him as a friend. We joined the Red Bull programme together so we have known one another for a long time, working together in other series. In Formula 1, you only get one team-mate, so you have to make the best of it, working together to do as good a job as possible for the team. We have similar driving styles and we get on well and that will be a positive factor for us next year. Dan could probably have a slight edge over me at first as he has done eleven races this year, but let’s see how it develops, as we have all the winter testing ahead of us before we start racing. I know that I have a lot to learn, so I hope I can do that quickly. I am conscious it could be very tough, but I also know that in general, I learn and I adapt very quickly: certainly that was the case in every category that I have raced in so far. Formula 1 is different, tougher than all the rest, but I feel confident.”

Q. What are your plans between now and February testing?
JEV: “After some time in the simulator, I will spend Christmas with my family and the rest of the time will be spent training, because it will be important to be as fit and as well prepared as possible for what will be a very long and tough season.”

Q. Having signed up now, does it mean you can actually have an input on the technical side of next year’s Toro Rosso car?
JEV: “Over the past couple of months, when I have been working with the team, along with the engineers, we have already looked into things like my position in the car and other areas. Of course, in the next few weeks, I will be going to the factory in Faenza to meet with the engineers and also to try and get to know everyone in the team a bit better, even if we established a good relationship when I was with the team in the last part of this season. I’ve got quite a few questions going round in my head, so it will be good to get to Italy and discuss everything calmly before it’s time to get in the cockpit again.”