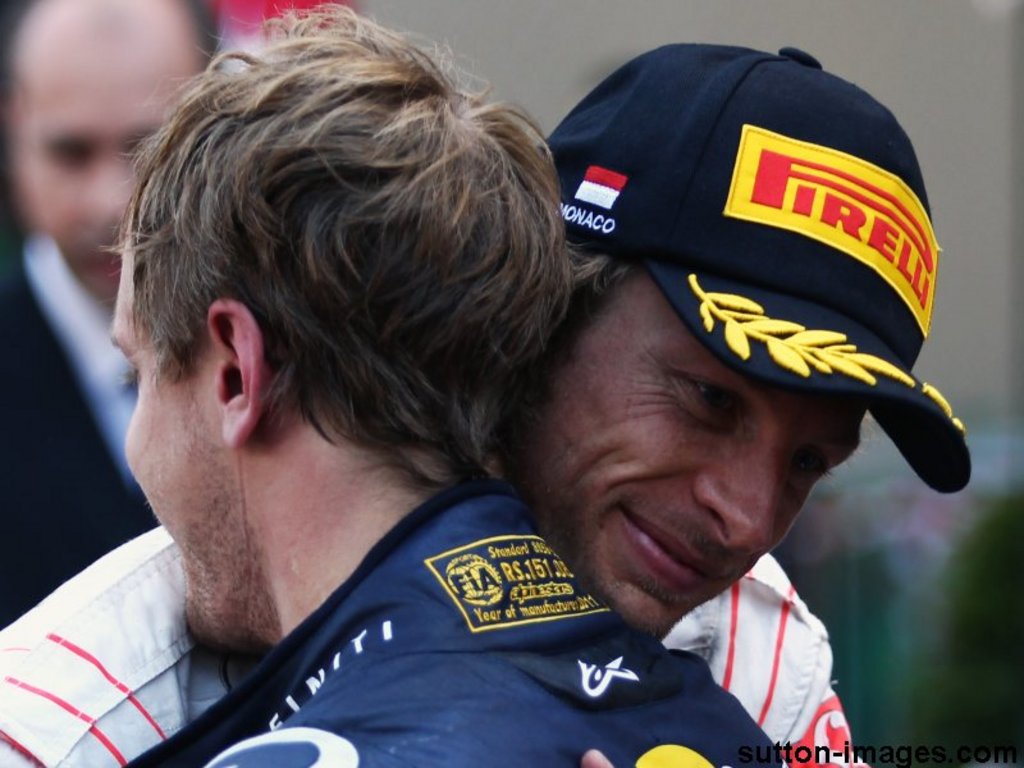 Jenson Button reviews his Monaco GP, a race that saw him capable of taking the victory but unable to pull it off…

Jenson Button reviews his Monaco GP, a race that saw him capable of taking the victory but unable to pull it off…

Q: You started second, led the race commandingly and pulled away during the second stint, yet you ended up third at the chequer – is that the cause of satisfaction or disappointment?
JB: “On the one hand, it’s pleasing that we’ve had a package capable of winning the race for the last two grands prix. Of course, it’s never satisfying to see a potential victory slip away from you, but that’s Monaco, sometimes. There are still lots of positives to take away from the weekend, though. We arrived with a very well-sorted car and were immediately on the pace. As always, the engineers did a brilliant job between Thursday and Saturday to improve the set-up and balance, and we went into qualifying with a really strong car. I was pleased with second, but, if it hadn’t been for the red flag, I think we could’ve gone faster. Would it have been enough for pole? Who knows? But second was a good place to start. And it was all feeling pretty easy in the race. The engineers did a good job to keep me informed of what was happening and the car felt pretty easy to push, particularly during that second stint when we we were extremely quick. I don’t think I did much wrong out on the track, but, unfortunately, it was taken away from us by circumstances beyond our control. Like I said, that’s the way Monaco goes. While it was disappointing that we couldn’t take the win – which would have been fantastic for the team – we got some decent points and we’re nicely set up for the next couple of races, I think.”

Q: You were nailed to the back of Fernando Alonso and Sebastian Vettel’s car for the last 20-odd laps of the race – how difficult was it to find a place to pass?
JB: “Well, if it had been easy, I would have tried something! No, both Seb and Fernando were driving really well. It was difficult to drive so closely behind them because, when you’re so close to the back of another car, you don’t really get a clear view of the apexes, which makes your life difficult around a place as tight as twisting as Monte-Carlo. I could get close to them, but the only way I was really going to be able to force my way past was if one of them made a mistake or ran offline somewhere. But, I wasn’t necessarily looking to push past – I could see that Seb’s tyres were going off and that Fernando could sense there was a possibility to overtake. I was pretty much biding my time, waiting for Fernando to launch a move – because it would have either ended with both of them crashing or with Fernando through into the lead and left me with a good chance to have a go at Seb.”

Q: How frustrating was that?
JB: “That’s Monaco. But I think there are opportunities for us to change the circuit for the better. On Saturday, after Perez’s shunt, people started taking about how we could modify the run-off at the chicane and make the barriers less tightly angled to protect cars upon impact. Given that it’s almost a given that there’ll be no overtaking around Monaco – or if there is, then one car is likely to end up off the track or in the wall – then I wonder if we ought to look at completely re-profiling that corner, tightening it up, giving it a sharper apex and perhaps building in a better overtaking opportunity. If we’re going to look into doing some work there ahead of next year’s race, then wouldn’t it be a good idea to do the job properly and finally build in a spot where cars could safely overtake each other? I know it’s never as easy as that, but it would be a good way of increasing safety and improving the racing at the Monaco Grand Prix.”

Q: Finally, what are you up to ahead of the next race in Canada?
JB: “A debrief and some simulator work back at the factory. Some training, and then the Blenheim Triathlon at the weekend before getting on a plane to Montreal. Busy!”