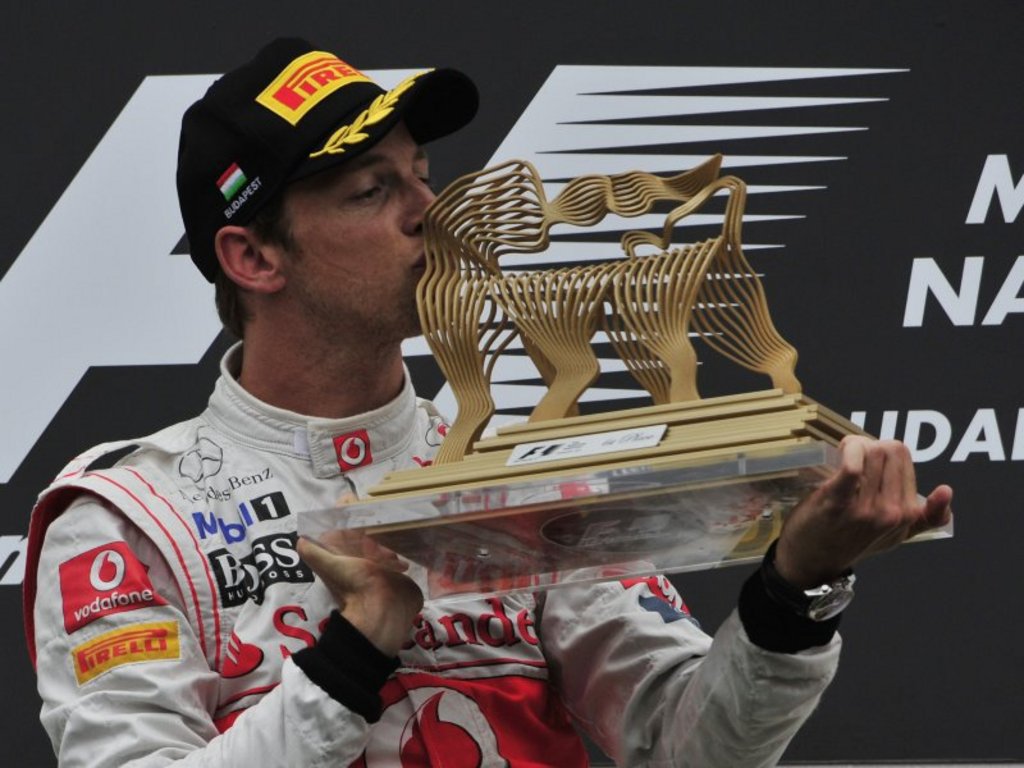 Jenson Button shares his thoughts on his Hungarian GP success, McLaren’s rise to the top and his chances of Championship glory…

Jenson Button shares his thoughts on his Hungarian GP success, McLaren’s rise to the top and his chances of Championship glory…

Q: How do you rate your victory in Sunday’s Hungarian Grand Prix?
JB: It was one of my most satisfying wins. I had to push throughout the race, had some great battles with Lewis, we had changeable conditions which weren’t easy at the start or when it started to rain with 20 laps to go, it all contributed to what was hopefully an entertaining race for the fans. It was definitely great fun to be competing in! Having won three of the last five Grands Prix, I think everyone in the team can enter the summer break feeling proud of the work we’ve put in over the past few months to find competitive pace in the car, we will recharge our batteries and be back raring to go in Spa.

Q: All this in your 200th grand prix!
JB: It was the perfect way to celebrate that milestone, and on the track where I scored my first win in Formula One back in 2006. I have a lot of special memories of the Hungaroring, it is a great circuit and as we saw this year can create great racing. Also, I was told after the race it was the team’s 10th victory in Hungary, which is more than any other constructor and also the 100th race win for the Mercedes-Benz 2.4-litre V8, so a race of stats all round.

Q: What did your father, John, say to you after the race?
JB: He said he was very proud. I think he enjoyed the whole weekend because he’s been at all of my 200 races, except one (Brazil ’01), and he loves a good party. Many of the guys in my support network – the people I call Team Button – were at the Hungaroring, it was important for me to have them there as they have all helped me reach 200. It was a great moment to look down from the podium and see my dad, my girlfriend, my trainer Mikey [Collier] and my management team.

Q: Was the MP4-26 the fastest car at the Hungaroring?
JB: Our race pace was very strong, but I don’t think there was much between us, Ferrari and Red Bull. We’ve won three of the last five races and each of our major rivals has won just one apiece during that time, so we’re doing something right. To win with Lewis in Germany and me in Hungary proves that Vodafone McLaren Mercedes is pushing, developing and challenging the cars around us with genuine pace in the car. Roll on Spa!

Q: You’re lying fifth in the World Championship. Are you thinking about the drivers’ title?
JB: I’m 100 points behind Sebastian [Vettel], so that’s going to be challenging, but we like a challenge! I never give up, so let’s see what happens. I’ll take each race as it comes and then look at the points at the end of the year.