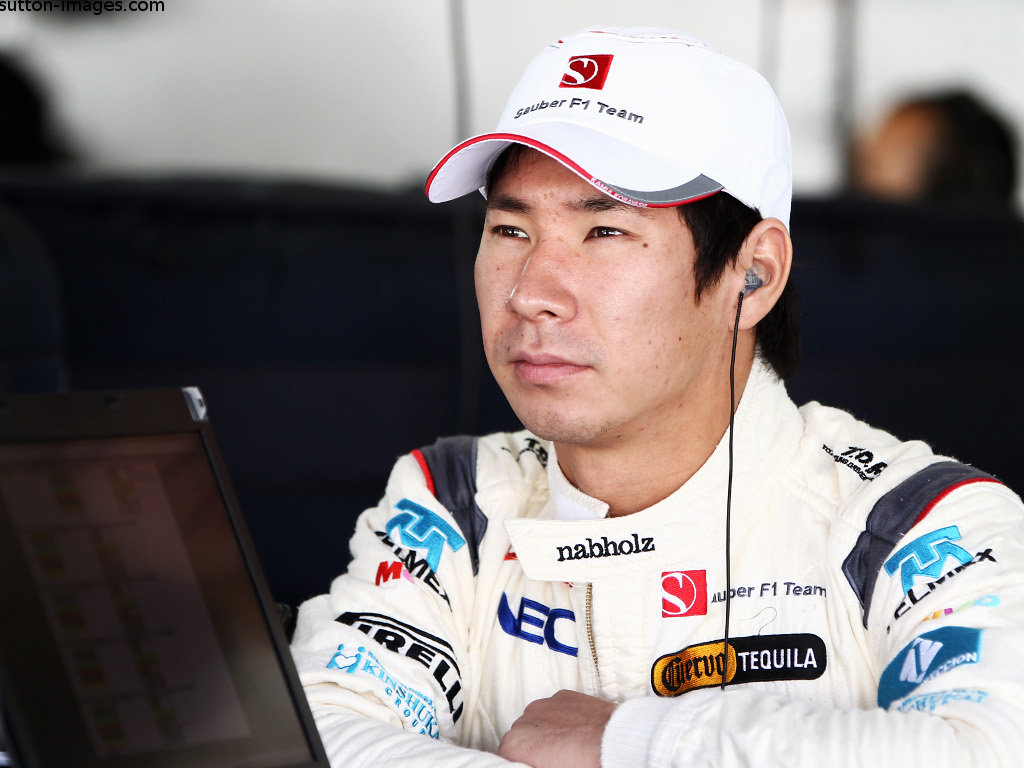 Sauber’s Kamui Kobayashi reflects back on a season that offered great promise but ultimately failed to deliver.

Q: How would you sum up your season?

Kamui Kobayashi: “We had a promising winter testing and a strong start to the season. In the beginning we had every reason to be happy with our performance. Later, I would say from the British Grand Prix onwards, which was the ninth out of 19 races, we struggled due to the decisions made about the rules and our own technical development. We didn’t follow the direction of the ‘off throttle exhaust blown diffuser’ any further. Instead we worked hard on the direction of development we had decided to go in, but we could not make up for the disadvantage that came from not having the same technology as the other teams. I can be happy that I still scored points in the final two races. This was a good achievement under the circumstances.”

Q: You had to take on a leading role within the team although it was only your second season in F1. In hindsight how was that for you?

KK: “Certainly it wasn’t easy for me. I needed to improve a lot in various areas. Not only in driving, but also in making decisions with the engineers. The fact that we had to deal with the new tyres from Pirelli, which were different in character compared to what we had before, was challenging for me. It was important to find out what was best for the race and how to handle qualifying. There was a big difference in performance between Saturday and Sunday. I think I came to understand many things during this season, and I have got a clearer picture for next year.”

Q: What were your sporting highlights?

KK: “Definitely the races in Monaco and in Canada were good. In Monaco I qualified 13th, which wasn’t very strong. However, in the race we had a good strategy and in the end I finished fifth after what was a very difficult weekend for the team. In Canada we had a very good performance in the wet. When the track dried out I wasn’t able to defend second position and eventually finished seventh. Actually a bit more rain would have helped us, but I still regard it as a good race.”

Q: What do you regard as low points of the season?

KK: “It was tough when we knew we were struggling with our general performance due to the direction we had chosen for technical development, and especially the weakness in qualifying was not always easy to cope with.”

Q: How much have you been influenced by the dramatic events back in your home country?

KK: “This is difficult to say. Of course I wish the disaster hadn’t happened at all. I felt sadness and I knew instantly that I had to do something. Because of my job I wasn’t able to spend too much time in Japan, but I was aware that being in Formula One allows me an unique opportunity to send messages to the world, and I wanted to help as much as I could. Of course I also felt the pressure. The race weekend in Suzuka was very special for me.”

Q: Where and how will you spend Christmas and New Years eve?

KK: “Before Christmas I will go back from Japan to Switzerland for several meetings in the factory. After this as yet I have no plans. I am hoping for a good break between Christmas and New Year, and I don’t care where I will be as long as it is a quiet place to relax.”