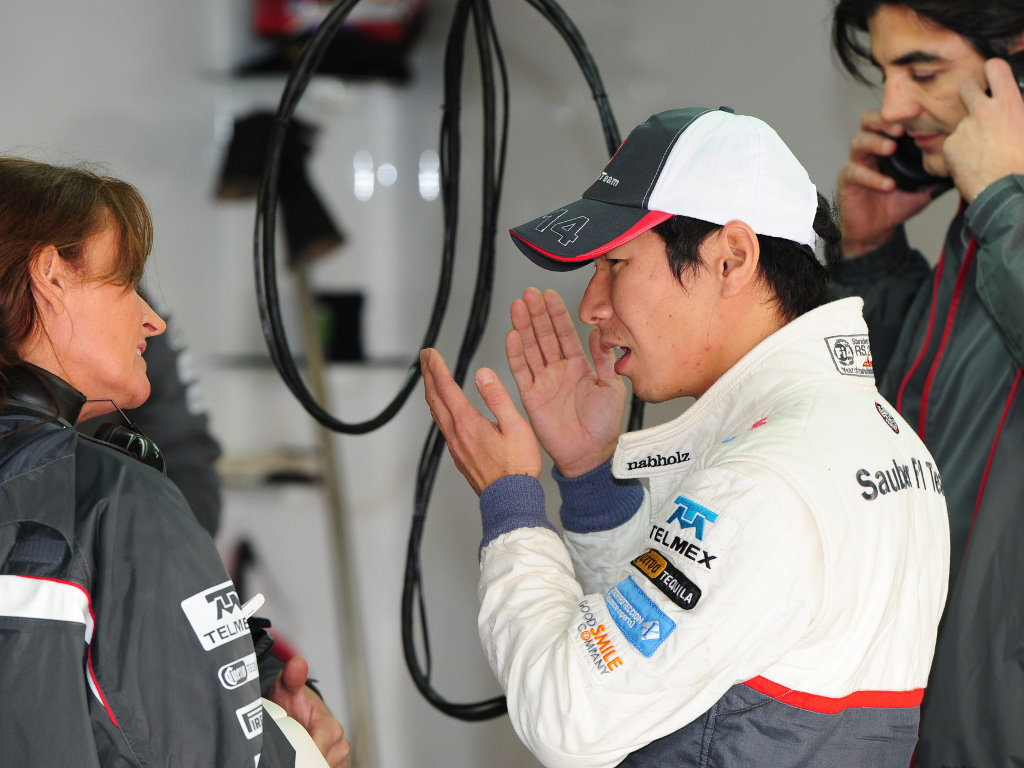 Kamui Kobayashi shares his thoughts on another top ten result, this time a P5, which he achieved at the Spanish Grand Prix…

Kamui Kobayashi shares his thoughts on another top ten result, this time a P5, which he achieved at the Spanish Grand Prix…

Q: Kamui, once again you have managed to score ten points for the team. What are your thoughts looking back at the race?
KK: The most important thing for us was to have confirmation that our new aero package was working well. It is definitely a step forward. After I had a difficult qualifying because of a hydraulic problem, I had to start ninth. I think the race performance as such was better than my fifth place suggests. Traffic in the race makes it more difficult to handle the tyres. If you looked at Lewis Hamilton, who was fastest in qualifying, you could also see it wasn’t an easy job for him to improve positions in the race traffic after he was forced to start last on the grid. Overall I am very happy and proud of what a great job the guys back in the factory did to further develop the car and, of course, what the crew at the race track did.

Q: Does the Sauber C31-Ferrari’s new aero package deliver what you expected?
KK: Yes, I think we have improved in the areas we wanted to. The car is better balanced through the corners now. In terms of stability I would say it is about the same, but stability always depends a lot on the track conditions.

Q: How do you think the car can perform on the narrow street circuit of Monaco?
KK: It obviously provides an entirely different challenge than that of the Circuit de Catalunya. In Monaco the car is bouncing on bumps, you have understeer and oversteer when you are driving on the limit and the track doesn’t forgive any mistakes. I think our car will be better in Monaco than it was last year because it has improved in slow corners. In 2011 I finished fifth, so the target should be to finish higher up this year. However, even if you are given the best car in Monaco, in the end a lot is down to the driver to get the ultimate tenths of a second out of it.

Q: You will be attending the Champions League final of Chelsea FC versus Bayern Munich on Saturday. Have you ever been to a football stadium before for such a big match?
KK: No, I have never seen a match of that level. I only attended some games of lower leagues in Italy. Normally I am not a big fan of watching other sports, as I would rather concentrate on my own training. But now after I have decided to be a supporter of Chelsea FC I am very much looking forward to seeing them play in the stadium. This is professional sport at the highest level and I am getting very excited about going to Munich on Saturday!

Q: What are your targets for the forthcoming races?
KK: We have seen five different winners in five races. So you could say almost everything is possible this year. I believe we have a good car and good chances for good results. The final outcome always depends on a lot of factors. But what you have to do for success is to get every small thing perfectly right over the entire weekend: and that is what I’m aiming at.