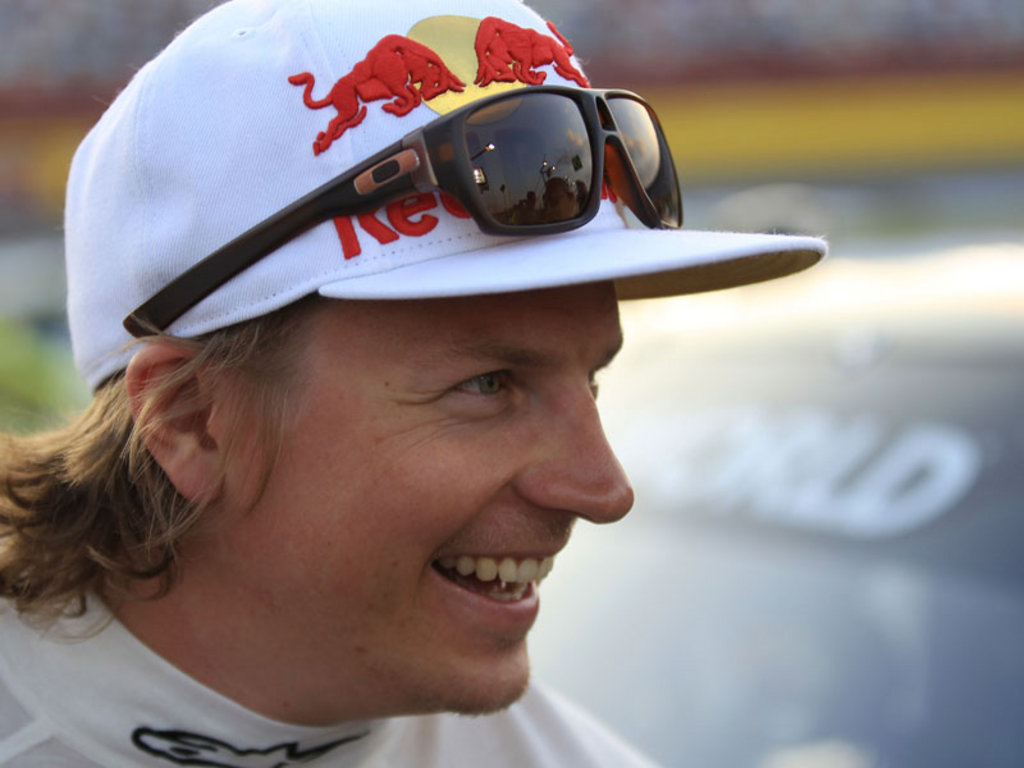 Kimi Raikkonen discusses Sebastian Vettel’s impersonation of him, his snowmobile crash and some Formula One of course…

Kimi Raikkonen discusses Sebastian Vettel’s impersonation of him, his snowmobile crash and some Formula One of course.

Q. Kimi, it has been three weeks since you were confirmed as a Lotus Renault GP driver for the 2012 season. How have you found the reaction to your F1 return?
KR: “I have been surprised at how big the reaction has been so I guess people must have missed me!”

Q. What has been the best moment so far?
KR: “Sebastian Vettel’s impersonation of me at the Autosport awards! No, seriously, my two visits to Enstone have been great. The first one, at the team’s Christmas party, made me realise how much support I have there. The second one, last week, allowed me to understand that this team has not been world champion by coincidence. I also saw all the investments they have made recently: new simulator building, CFD upgrade, 60% wind tunnel… It gives me a lot of confidence for the season ahead.”

Q. How difficult do you think you will find it coming back?
KR: “Let’s put it this way: before my two years of rallying I had nine seasons, 157 races and 18 wins in Formula 1. I know the sport well. When I went to rallying and when I tried NASCAR, there were many new things to learn, but with Formula 1 I feel like I’m coming home. I can’t wait to get behind the wheel.”

Q. Do you think it will take you long to get back up to speed?
KR: “I hope not! I am more motivated than ever and I don’t think I’ve lost any speed. Getting on top of the tyres will be the hardest thing, of course, but I’m not really worried. Although the technical regulations don’t seem to change much, they apply to a lot of areas and quite a few elements will have to be re-designed. As a result, the cars will be significantly different next year. The order could be shaken up, which will make things very interesting.”

Q. What is your schedule in the build-up to testing?
KR: “We don’t test the new car until February so it’s a long wait. However, I should be able to jump into a two-year-old F1 car in January. Of course, there will be the usual training, but I will also be working on getting to know the team better and making sure I fully understand all the changes since I have been away.”

Q. What are your targets for pre-season testing?
KR: “Finding out if we have a fast car! For me, learning how the team works will be another important aspect. Learning Pirelli’s tyres will be the most important job, as it’s a different approach from what I experienced before.”

Q. What are your plans over the Christmas break? Have you got anything special arranged?
KR: “I am doing a lot of training. The most important area for me is to get my neck strong enough again, especially as it will be put through its paces in testing. Of course, I will also be celebrating Christmas with my family.”

Q. Any more snowmobile races planned?
KR: “I was surprised by how much attention there was over me falling off a snowmobile. You can watch what happened on YouTube and it was probably the smallest and slowest crash I’ve ever had. It is almost embarrassing! I won a snowmobile race right before the start of the 2007 season and that year didn’t go badly for me so who knows?”