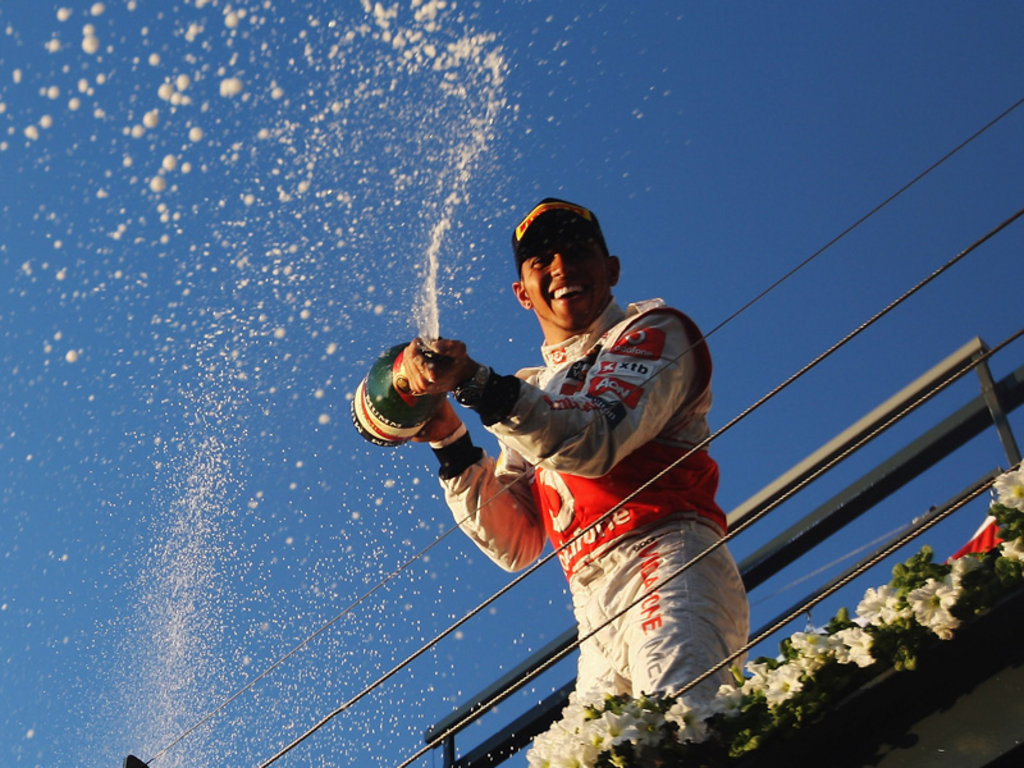 Q: 18 points is a great prize to take away from the opening race, isn’t it?
LH: “It is, it’s a good starting point, especially given we never really thought we’d be in such a strong position so early on in the season. Before the race, I’d said that it was important to get some points on the board early in the season.

“I think it’s already pretty clear that it’s going to be a long and tough championship, so you can’t afford to drop points. Every race is going to be important, so while I’d always prefer to win, Sunday was pretty much a ‘perfect’ result for us – perfect in the sense that we scored good points, and we feel we’re going to be stronger in the next races.”

Q: We saw some spectacular shots of the car bottoming out after the floor worked loose, but the problem didn’t seem to get any worse – how difficult was it inside the cockpit?
LH: “I saw a couple of shots on the TV after the race and it looked quite bad. After the race, I also had a look at the front floor and it was pretty badly banged up. Luckily, it wasn’t too bad to drive – obviously, I was losing a bit of downforce, but, by then, I already had quite a comfortable margin over Vitaly [Petrov]. Into the closing laps, the team just told me not to push it or take any unnecessary risks – they asked me to steer clear of the kerbs because, obviously, that’s where you’re going to most unsettle the car and the floor. And, happily, it all worked out fine.”

Q: How surprised were you by the pace of the car last weekend, and how positive do you feel about the forthcoming races?
LH: In a way, I’m never surprised by what the team does, because they always seem able to do impossible things! Of course, going into this race we weren’t certain about our performance – we were optimistic, because our simulations were showing a significant improvement, but you never know until you finally get to the track. I feel really comfortable with this car – I’d always said the car felt good, we just lacked a bit of downforce and some decent mileage during the winter tests – and I feel like it’s a car that is easy to push to the limit, so I’m very hopeful of what will be coming along to add to its performance down the line.”

Q: In terms of developments, what’s next in the pipeline?
LH: “As you know, this team is a relentless development machine. We’ve got two weeks until the next grand prix, so we’ll be pushing through some more improvements. “What I think is just as important, actually, is the fact that we got a lot of data about the car this weekend – and we’ve only just started to exploit this package. What I think will be interesting is how the engineers are able to go back to the factory and understand just what we have and how we can improve it.

“Don’t forget: before the race on Sunday, we’d only really had about four hours of track time to develop and understand the new floor and exhausts. And Sunday was our first race distance of the year. So I think there’s a lot there that we can really learn to push and get an even better understanding of how the car works.

“But, going back to the original question, I’ve been speaking with Doug [McKiernan] and the aerodynamicists and engineers and we’ve got a huge amount of interesting stuff in the pipeline. As a team, Vodafone McLaren Mercedes never sits still – you can guarantee we’ll have new parts arriving for the next race, and Martin is fantastic at pushing the team to bring forward whatever we have. It’s relentless, but it’s really where we excel as a team: we never give up, we work incredibly hard and we make sure we deliver.

“I want to thank every man and woman back at MTC for working so hard, and for putting in so much effort to get us back to where we belong: your efforts are honestly and truly appreciated.”