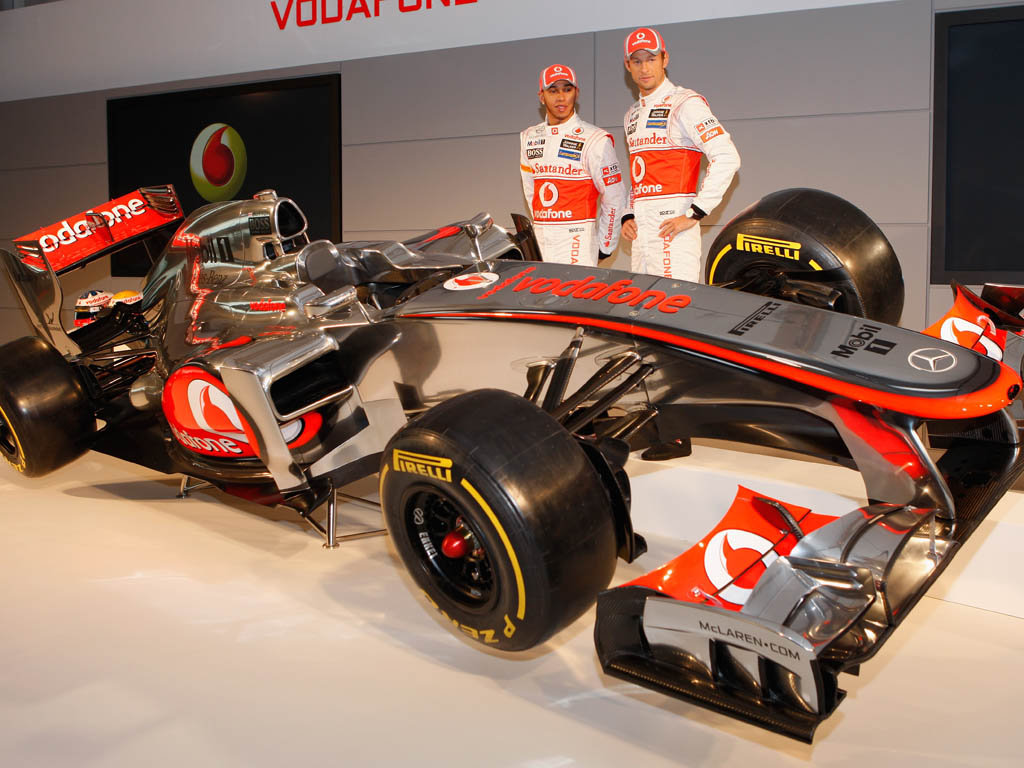 Q: After a successful 2011 season, what were your main aims with the development of the MP4-27?
PL: “Our main objectives for the 2012 season were to optimise downforce despite the changes to the blown floor, and to improve our understanding and utilisation of the Pirelli tyres, which were new to us last year.

TG: “Although you can’t see it, there’s a lot on this car that’s changed. However, this year has seen more of an evolutionary set of rules, so there’s less of the unpredictability that comes from balancing resources between seasons during a time of greater regulatory change.”

PL: “Every year, we sit down and want to design a race-winning car. We didn’t have the quickest car at the start of last season, but we’re doing everything possible to build the quickest car possible.”

Q: What are the key visual differences between the 2011 and 2012 cars?
TG: “I think the most obvious change is the loss of the U-shaped sidepod, which we pioneered on last year’s car. We reverted to a more conventional sidepod shape for this season because the U-shape was less suited to the new exhaust geometry restrictions. For 2012, the exhaust tailpipes now have to exit along the U-channel – so that particular feature was no longer really viable due to the new geometry restrictions. As a result, we decided to adopt a different approach to the way we feed the rear of the car. We have cleaned up the roll-hoop area and now have much tighter rear bodywork.”

Q: Were there any particular challenges in adapting to the new 2012 regulations?
TG: “The regulations around the exhausts are very prescriptive: the exhausts must now exit within a very tight space at the rear of the car in order to minimise their aerodynamic influence. The final 100mm of the exhausts must be cylindrical – so they can no longer be oval, or flattened – and must be sited at a particular vertical and horizontal angle – between 10 and 30 degrees upwards. That’s to direct the exhaust exit away from the floor.”

PL: “One of the more satisfying challenges was being able to develop and expand our knowledge of the Pirelli tyres. It’s our second season with Pirelli – 2011 was very much a learning year. We have used our experience from the past 12 months to design the car’s layout, aerodynamics and vehicle dynamics around improved tyre utilisation.”

Q: There have been a few departures from the technical team over the winter – are you comfortable with that?
PL: “I always say this, but Vodafone McLaren Mercedes is an extremely broad organisation. Bear in mind that we have 200 engineers working here – and, if those people all stayed in their job for 10 years, then we’d lose 20 engineers a year.

“Actually, we lose far fewer than that. It’s easy to focus on those leaving, but we have just as many people arriving here. Also, we pride ourselves on bringing on new, young and clever guys, helping them get into the business. Inevitably, at some point, a few of those feel the need to fly the nest and join the competition – it’s not something you can avoid. But we’ve got a very strong group of fantastically committed individuals here and we’re proud of the work we’ve all done on MP4-27.”