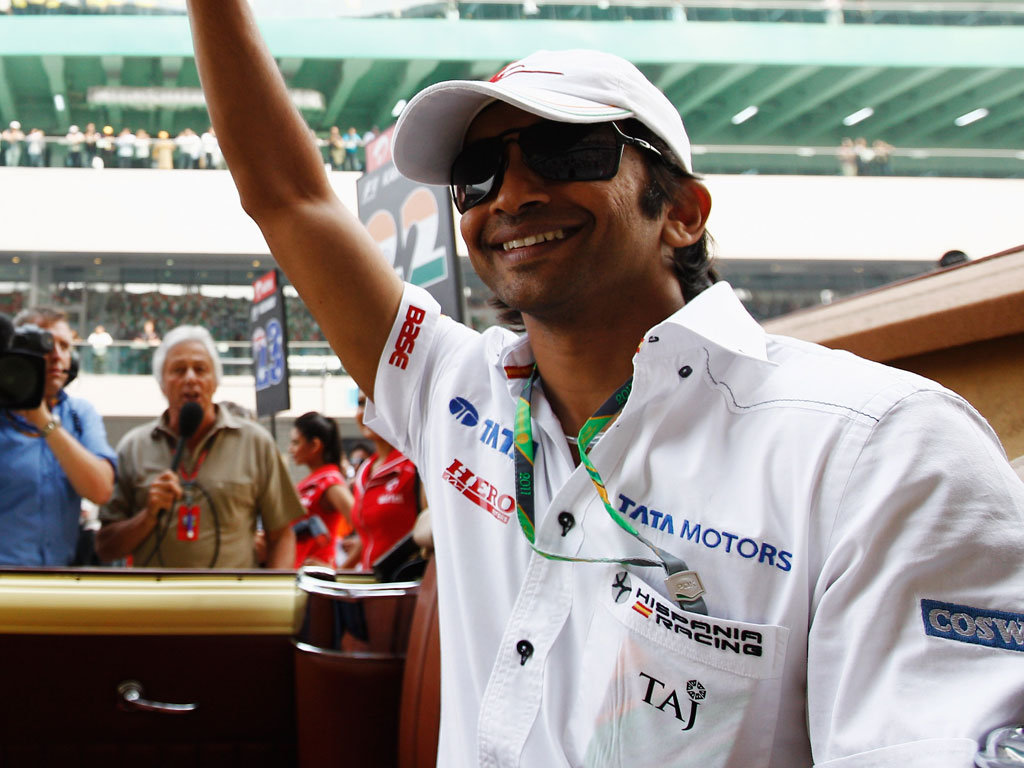 HRT returnee Narain Karthikeyan is relishing his second opportunity with the team, confident he has what it takes to help the team progress…

HRT returnee Narain Karthikeyan is relishing his second opportunity with the team, confident he has what it takes to help the team progress…

Q: It has finally been revealed that you will occupy the last seat available as an official driver, how are you facing this new challenge in Formula 1?
NK: It all really started after the Indian GP, where we had a good performance which led to the belief that I am still competitive to drive in Formula 1. It is no secret how difficult it is to stay in F1 at this time, but I ensured that I was physically and mentally ready for any opportunity that arose. So I can’t wait to get back in the car and return to action once again.

Q: The uncertainty you’ve faced in the period spanning from the end of last season until the moment you’ve been confirmed can’t have been easy to handle. What have you done to keep yourself occupied?
NK: Well, there were more ups and downs than I can remember, positive and negative days – sometimes I just gave up but it was quickly followed by yet another glimmer of hope. It was exhausting mentally, but like the adage goes, all’s well that ends well. There was plenty to keep me occupied during the winter though, like I said earlier I trained as hard as I would have if my drive was confirmed last season; fitness is critical in F1 and racing in general. Then there were lots of discussions, which meant a lot of travelling – flights, hotel stays and those sorts of things. So I didn’t have a whole lot of time to sit and mull over things, to be honest.

Q: This will be your third season in Formula 1, what targets have you set yourself?
NK: As far as results go, it largely depends on the development of the car, although I must say that things are looking promising. Otherwise, I have no doubts in my ability, I am extremely confident as last year and after the first few races, I drove better than ever. So I’ll be pushing hard no doubt about that. A lot of things change this year even though it is the same team, and I am sure it’ll be for the better. The new management is wholly focused on all-round improvement and from what I have seen – they will do so.

Q: Practically the whole structure is new with respect to 2011, what sensations have the new directors given you?
NK: The team has some very capable and experienced people on-board now, like the new Team Principal Luis P