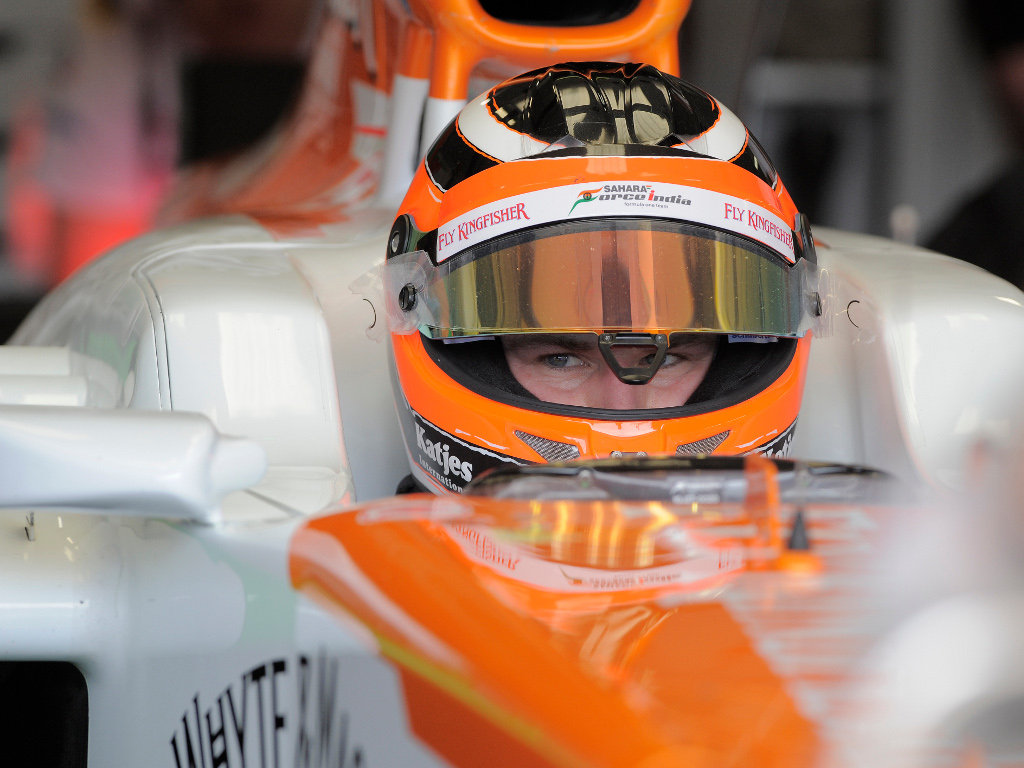 Nico Hulkenberg is “very happy” with his fifth-place finish in the European GP, his best result of the 2012 Championship…

Nico Hulkenberg is “very happy” with his fifth-place finish in the European GP, his best result of the 2012 Championship…

Q: You had a few problems in Valencia but still got a great result. Were you happy with the outcome?
NH: “I’m very happy, but the race was a very tough cookie! Especially with the KERS issue, which made it very tricky on brakes with locking wheels. Also I missed the boost on the straights, that’s why I was never able to pass people when I wanted to.”

Q: Paul went for one stop and you went for two. Why did you go that route?
NH: “It was pretty clear for me early on that it would be a two-stop race, because tyre wear was quite high in the beginning. We were open-minded about one, but on about lap 10 I radioed to the team and said I don’t think one is on the table. I just kept my head down, kept driving quickly without taking too much out of the tyres at every stage. After the safety car I had a long stint to the end, 29 laps as it was for many people, but for us it was difficult with quite high wear. The last five laps were very difficult to drive.”

Q: Did the safety car help or hinder you?
NH: “I think even without the safety car we would have done well. I was in a good position, I was in clear air when Massa pitted and drove out of my way, and I would have pushed another two or three laps. That would have opened up a nice window for me.”

Q: At one stage we saw a big group of cars running close together. What was it like?
NH: “I was at the back of that train and it was fun to see! It was pretty messy. I saw Bruno Senna flying across the circuit, and there was some wild racing, a lot of wheel-to-wheel action. It was sort of a GP2 race! I enjoyed it.”

Q: How hard was it to try to keep the tyres alive in the last few laps, especially when you were being chased by guys on fresher rubber?
NH: “It was tough to keep them alive, they were just going away. There was nothing you could do, you were just sliding, and it was very difficult.”

Q: Did you more or less let Schumacher and Webber past rather than fight them?
NH: “I didn’t let them past, but I knew that it was going to be almost impossible to hold them back with the pace they had.”

Q: Overall would you sum it up as a good weekend?
NH: “Yeah, we should be happy. Obviously we look a bit better because a lot of people dropped out of the race, but you still have to do the job and that’s what we did. When others failed we were there to pick it up and we were strong all weekend.”