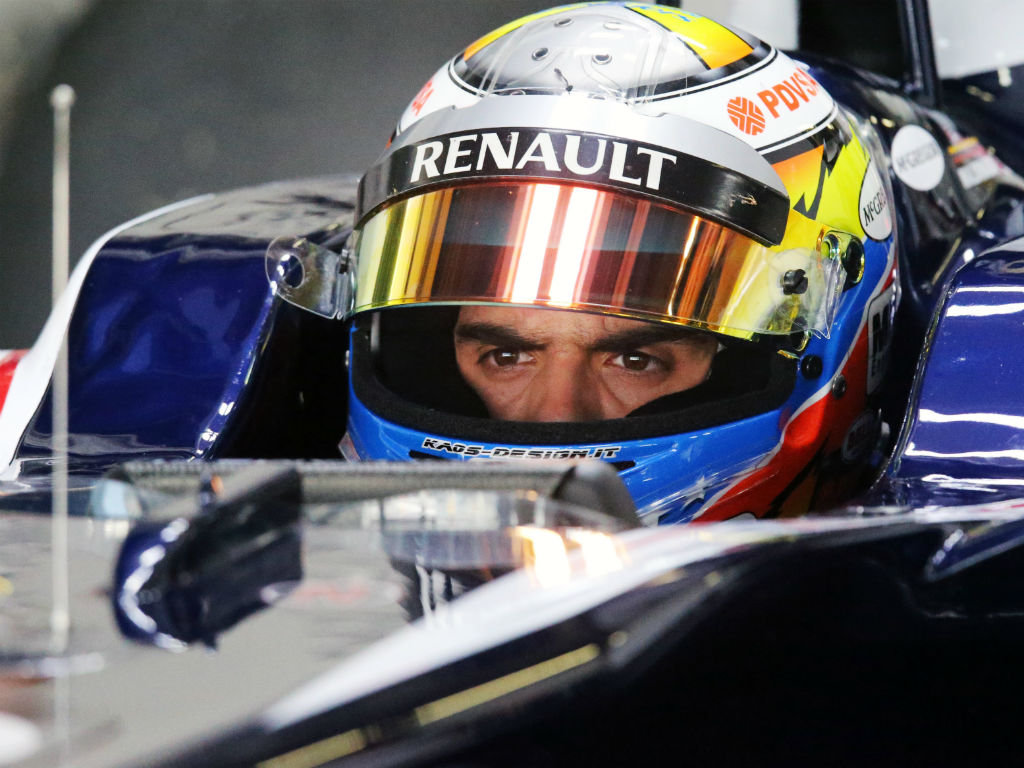 Having been confirmed as a Williams driver for next season, Pastor Maldonado is looking forward to his third year and the possibility of more podiums…

Having been confirmed as a Williams driver for next season, Pastor Maldonado is looking forward to his third year and the possibility of more podiums…

Q: Now you’ve been confirmed as a Williams driver for a third season, what are your thoughts heading into 2013?
PM: 2013 will be an important season for the team. In my first season we had a lot of problems with the car, but this year we made a big step forward in performance and managed to capture a memorable win in Barcelona. We have a lot of potential as a team and next year we must continue this upward trend and produce a car that can challenge for strong points finishes and podiums at a wide range of circuits.

Q: How will the consistency of staying with Williams for a third season benefit you?
PM: It will be a massive benefit because I feel very comfortable within the team and know how people like to operate and that always helps when it comes to developing the car and giving feedback. In the last two years we have been learning together as a team, making good progress in the past 12 months and with another season under my belt I can help develop the car even more.

Q: What are your objectives for the 2013 season?
PM: The goal is to be more competitive next year and have a car that is consistently in the points and challenging for podiums. This year we showed excellent pace at a number of tracks such as Barcelona, Monaco and Abu Dhabi, but we didn’t have the consistency to maintain that at every Grand Prix. We have all the tools needed to push the top teams, and hopefully we can learn from this year and move further up the field.

Q: What are your thoughts on the Williams F1 Team?
PM: Williams is one of the big names in Formula One with a really strong pedigree so it is an honour to be driving for them. Whilst we haven’t quite achieved the sort of success we would have liked in the past few years, the team is still really strong and we have brought in some new senior people who are making a big difference already. I feel that Williams is close to making a real breakthrough and I want to be a part of a new era of success.

Q: What does it mean to you to remain as part of the Williams family?
PM: Williams really does feel like a family and I have built up very good relationships with people here, in fact some of my best friends work for Williams. A friendly atmosphere can really help on the track as well because I feel like I can communicate freely with the team. A lot of this comes from Frank who is a very inspiring man and has provided me with a lot of advice.

Q: How does it feel knowing that someone like Frank Williams is supporting you?
PM: Frank has had some of the best drivers in the history of Formula One drive for him and he has experienced everything in the sport. To have someone like that as your boss is a big boost for everyone. He demands a lot from his drivers but he has helped me a lot since I started. I want to win as much for him as for myself to pay back the faith he has shown in me.

Q: How did it feel to bring Williams its first win since the 2004 Brazilian Grand Prix?
PM: As a driver you always dream of winning a Formula One race and to win so early on in my career was very special. We have worked so hard to build a car that can win races and Barcelona proved that we can still compete with the top teams. It was a very popular win throughout the paddock and the atmosphere on the podium will always stay with me.

Q: What do you make of your new team mate, Valtteri Bottas?
PM: It will be a new experience and one that I am looking forward to. As a rookie he will have a lot to learn, but from what I have seen so far he has a lot of talent. It’s in the team’s interest for both of us to be scoring points from the very first race, so I can provide advice to him as someone who has two seasons under my belt. I’ve spent a lot of time with him this year as he has driven in many FP1 sessions and travelled with the team and we get on very well which is always helpful.

Q: Fast forward to this time next year, what achievements would you be happy with?
PM: I would be happy if we finished higher than eighth in the constructors’ championship. I firmly believe that we have all the tools we need to become a top team again and fight for podiums more consistently that we have this year. It’s not easy as the standard is so high right now, but the gap between the teams is very small which means that a few tenths per lap can make all the difference.

Q: Looking even further ahead, what do you want to achieve in your career with Williams?
PM: My ambition is to win the world championship and I’d love to be able to do that with Williams and be alongside some of the greats who have won titles here. I feel ready to fight for wins and after tasting success this year I want to experience that again as soon as possible.