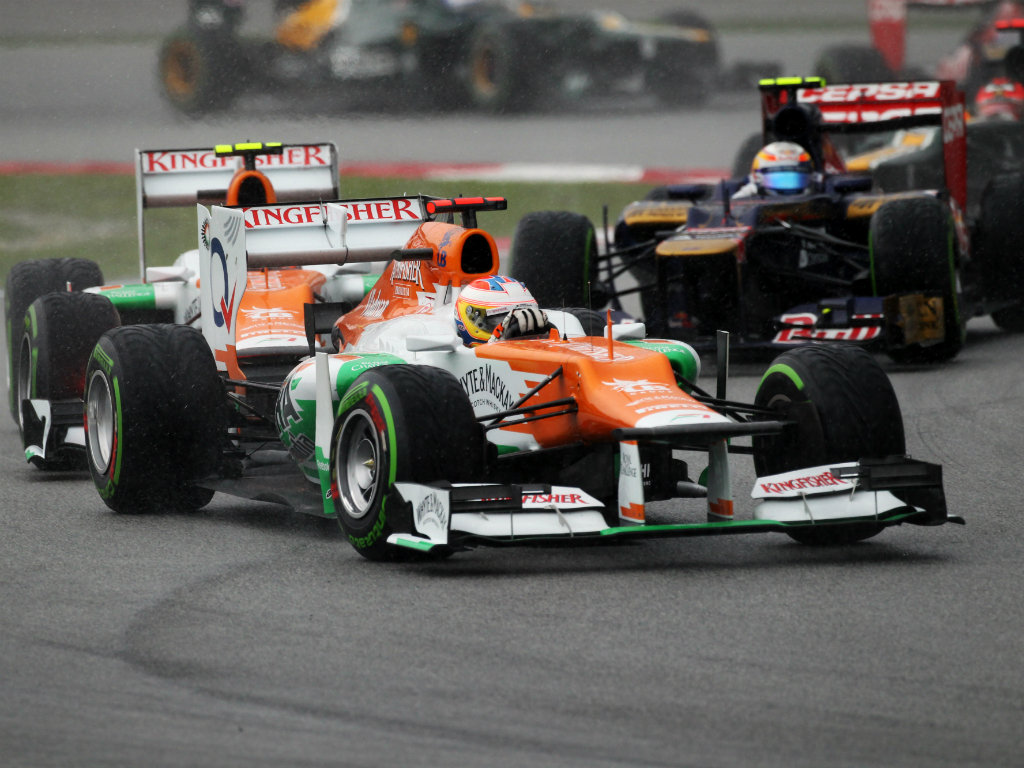 Q: Paul, you had an amazing drive to seventh on a very difficult day. How would you sum up the race?
PdR: The conditions were really poor at the start of the race and it was the right decision to put out the red flag. Unfortunately Maldonado ran into me just before the safety car, and I lost three places, but after the restart I had good pace on the intermediates. We probably got onto slicks a lap later than we could have, but given the position we were in it was the safest thing to do. To come away with seventh and ninth is a result everybody can be extremely satisfied with.

Q: At what stage in the race did you feel that your package was at its strongest?
PdR: Probably on the intermediates. At some points we were nearly as quick as Red Bull; we were nearly the quickest car on the track. But as people grew in confidence things changed and others became stronger.

Q: Did you have fun battling with people?
PdR: You always do and there were lots of good battles all day, so it was a fairly hard task. But we managed to keep ourselves out of trouble.

Q: We’ve seen two races where you’ve worked your way up and got the best result you could on the day – is that satisfying?
PdR: That’s what it’s all about and I think that’s where experience for me as a second year driver is coming in. Today we plugged away and the boys on the pit wall did a good job. With the support we’ve got back in the factory, I think you’re seeing the strengths of our team at the moment and how it has grown. We just need to get a bit more downforce and a bit more performance, and hopefully we’ll achieve some results from that.

Q: Finally any thoughts on the next race in China?
PdR: Last year our car was reasonably competitive there and hopefully that philosophy carries over. We’ll just do our best, and whether that’s enough, we will see. But I do think the temperature is going to be slightly different!