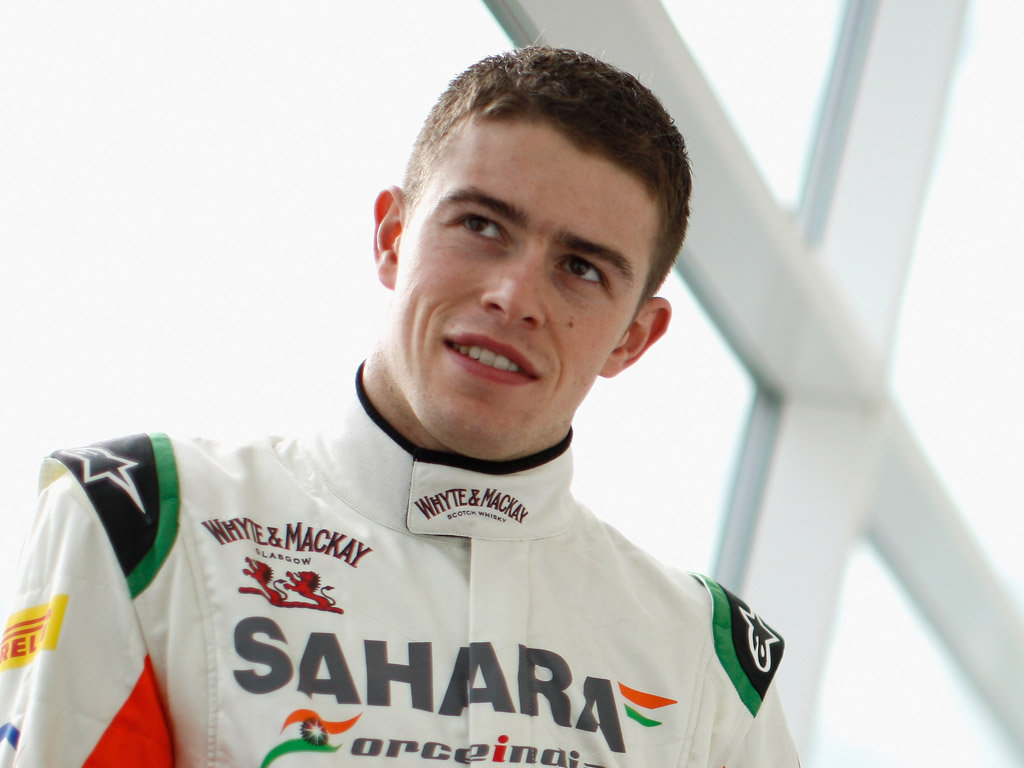 Force India’s Paul di Resta discusses his personal and the team’s ambitions for the 2012 Formula One campaign.

Q. Paul, did you enjoy a relaxing winter and have a chance to recharge your batteries?
PdR: “I stopped working just before Christmas and that was it until January 13th, so I had a chance to spend some quality time with family and friends, and switch off for a little bit. I pushed on with my training and I was in a good routine and really enjoying it. It was nice and quiet in Monaco and the weather was fantastic, so it encouraged me to get outside and get active.”

Q. What is the team’s target with the new car?
PdR: “The target is just to go forward really, from where we left off at the end of last year. We’ve got to start a bit stronger than we did last year – that will be key. We’ve also developed a lot of the things that we tried last year and now believe that it’s the way forward.”

Q. Last year the team ensured that the car was competitive at all types of tracks, rather than just places like Spa and Monza. Will we see that again this year?
PdR: “We actually struggled a bit in terms of straight-line speed compared to others. So there was definitely a change. If you look at Hungary, it was one of our best results: a very strong performance across the whole weekend. So it’s good to keep going down that route. You need downforce, but you need efficiency, and it’s a question of how finely you balance that.”

Q. How much stronger do you feel personally heading into the season, compared with this time last year?
PdR: “A lot stronger. I’ve been training as hard as I ever have, really pushing on for the last few weeks. As I said, I’m getting myself into that routine and just pushing the body to another level. For some reason my life is just a lot more stable – it just lets you concentrate on the bits you need to as and when they come in. The other benefit is that I now have a year under my belt. Whether it’s making decisions on travel arrangements or just analysing your time, you can really see what you didn’t like last year and what affected you, and just put it right.”

Q. The Pirelli tyres were new for everyone last year. Did you feel comfortable with them?
PdR: “It’s difficult to say because it was my first year, but it was not easy, because they were changing a lot and there was a big difference between them. At the same time everyone gets to run with the same tyres and it’s about making them work. It was all about doing it at the right point in the weekend, especially during qualifying.”

Q. You have a new team mate in Nico – are you looking forward to working with him?
PdR: “Obviously Nico was already part of the team last year. I’ve known him for a long time and I’m sure we will work well together. At the same time you do have that bit of competitive nature and you bounce off each other and push the team to take that little bit of an extra step.”

Q. The competition in the middle of the pack is very strong. Do you agree that it’s not going to be easy to repeat last year’s form?
PdR: “True, we’ve got a job on our hands to maintain sixth. At the end of last year we punched higher than I think we should have, and credit to the team for their ambition. I think everybody is still on a high from that and hopefully that will push us to another level again. But it’s going to take a lot of dedication to achieve that. We have to start off where we finished last year and keep pushing in that direction.”