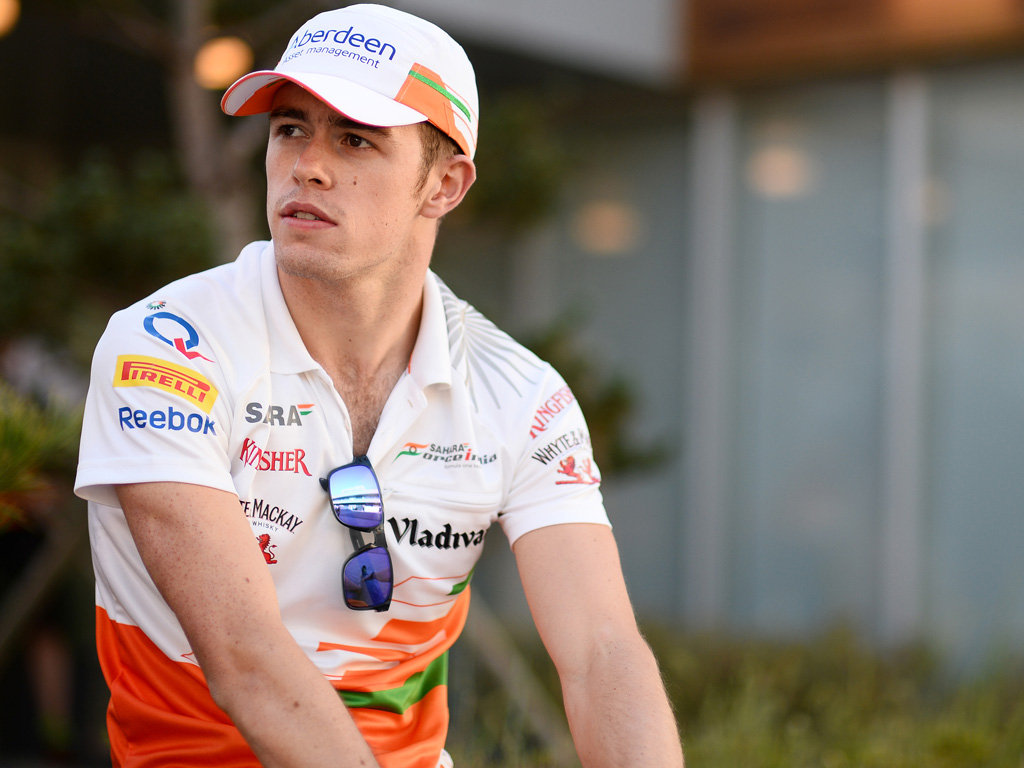 Q: Paul, how was the Abu Dhabi race for you?
PdR: It was pretty decent. We had a car that was set up better for the race and I think we surprised ourselves in qualifying with just how close we got to Q3 with a long game plan. The race was all about executing the perfect strategy and being fast at the right points when we had to be.

Q: How important is to be in the points regularly again now?
PdR: It was a lot easier at the beginning of the year when we had a good advantage over the likes of McLaren and Sauber. If we execute what we did in Abu Dhabi, which is a perfect race, we can get in the points. I think credit is due to everyone in the team for the job we’ve done recently. We’ve got the car in a window where it gives you confidence. You can drive it hard and I think more importantly we’ve put ourselves in a position where we can be flexible with the strategy.

Q: Did Jenson Button hit you on the first lap?
PdR: Yes, it broke a bit of the rear wing as well. It was into the first corner, but I don’t really know what happened, I think he gave me a bit of a bump and he lost a bit of the wing. It didn’t affect the race too much, but obviously you would like to have all the parts on the car, because they’re there for a reason!

Q: You must feel the momentum is back with the team after two strong races…
PdR: Like I said, everybody in the team has done their job spot on. We’ll go into the next race and hopefully deliver the same kind of performance. Obviously it will be very different, but we need to try and keep ourselves in the mix at the end of qualifying so that we can show our race pace. The last two races have shown it’s about delivering over a whole weekend. The points we’ve scored have given us all a boost going into the next two races.

Q: In the last two races the team has strengthened its hold on sixth place. How important is that?
PdR: That’s a crucial part, that’s what we’re trying to do at the moment, because sixth place is a massive boost for the team.