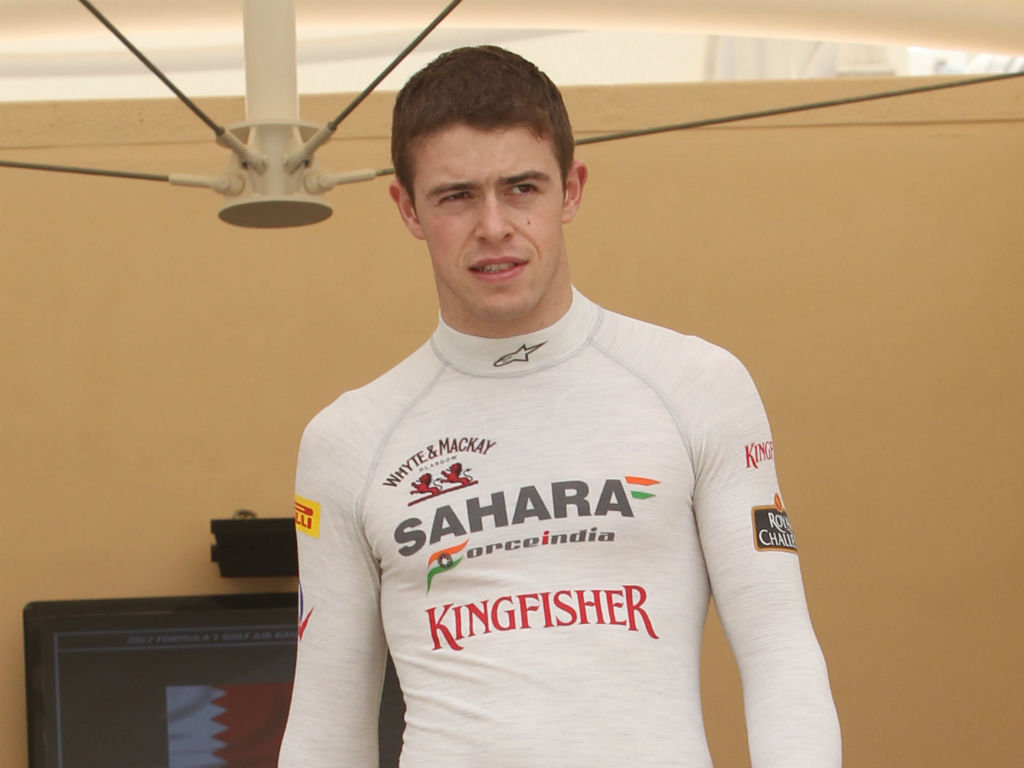 Paul di Resta looks back at a difficult, yet successful weekend for Force India in Bahrain…

Paul di Resta looks back at a difficult, yet successful weekend for Force India in Bahrain.

Q. Paul, a fantastic result – was it your most satisfying drive, to take on that strategy and make it work?
PdR: “Obviously we chose to play our cards differently to other people, to try and make a two-stop work. If it was going to work we had to put ourselves in the best position to do that. OK, we were vulnerable at the end, but overall you’ve got to accept that you might be vulnerable at the end of the race for a few positions, especially when you’re battling with the car that won the last Grand Prix by quite a long way.”

Q. You sacrificed the final qualifying run in Q3 – it must be hard sitting in the garage when you’ve got new tyres.
PdR: “It is, because if we’d qualified a couple of positions further up then who knows where we would have been. We would have been clearer maybe a bit sooner. We did get held up by a lot of traffic at some points in the Grand Prix by people on three stops that were slower than us. But you had to accept it and had to keep it together, because when they stopped I still had 10 to 12 laps to do on that set, so you couldn’t kill the tyres. But an outstanding performance by every team member this weekend, under difficult circumstances they played everything right – strategy, pit stops. We go away happy and hopeful that we can build on this performance in Barcelona.”

Q. You need discipline when you’ve got guys on quicker strategies behind you – you need to know who to fight, who to let by.
PdR: “You do. I tried to make it difficult for Nico, but my tyres were degrading too quickly, whereas at the beginning of the race he was degrading faster and I was reeling him in. You get your moment. He got by me, but sixth position for us is a massive achievement, it’s probably the same as Sebastian winning the race for what we’ve achieved with the car that we’ve got.”

Q. And on the last lap the tyres had gone completely?
PdR: “They had, but I did use them, I was a bit heavy footed on the throttle. But Fernando doesn’t give up, does he? He was pushing on. The engineer was keeping me updated and I said, ‘Let me concentrate, I know he’s there, I’ll do my best to do it.’ And I had to play my cards right, because I had to save KERS for the end of the lap, when I was going to be more vulnerable to him.”

Q. Did you favour one tyre over the other?
PdR: “It’s difficult. I used the soft at the beginning, but when you’ve got a full tank of fuel, it’s difficult to say. But even when we stopped on lap 14 I was only two tenths down on my in-lap compared to my best lap, so we were holding on. Who knows what would have happened if we’d done a three-stop, I can’t look at that. The only thing is that the decision was taken at the right time to move forward.”

Q. Do you think the weekend brought the team closer together?
PdR: “I think when you have a result like that any team bond gets closer, because I think given everybody’s performance we’ve tried to step it up and tried to do the best, and we’ve probably outperformed any performance we’ve ever done as a team.”