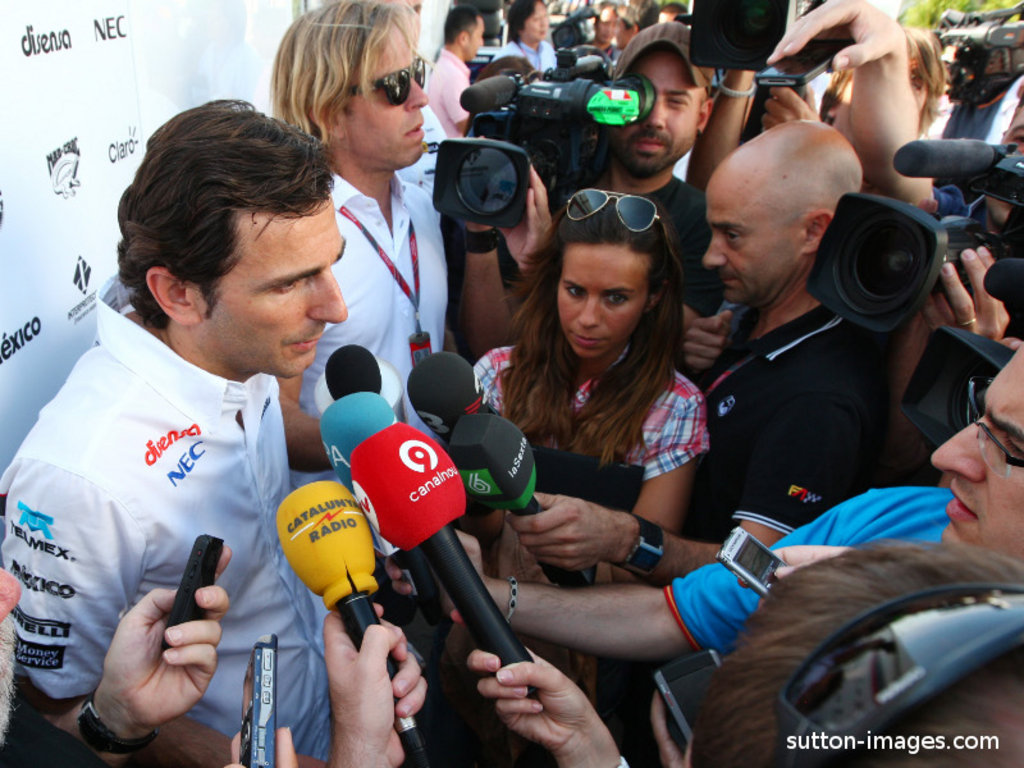 Pedro de la Rosa chats about chats about his decision to leave his McLaren test and reserve role for a full-time drive with HRT.

Q. When did the conversations to close this deal with HRT begin? When was it signed?
PdlR: “Because of my relationship with Luis Perez-Sala, we started talking about HRT’s project for 2012 already back in July. To begin with, I didn’t contemplate joining but the more I got to know about it week by week, and I saw what they were doing and how they were doing it, I understood that I had to be a part of this Spanish project. The deal was signed a few days ago.”

Q. What does it mean to you to be the first official Spanish driver in the first ever Spanish team to take part in a whole F1 championship?
PdlR: “For me it is an honour to be their driver. It couldn’t be another way, a truly Spanish team with a Spanish driver. Nothing could make me happier than this and, although I’m aware of all the work we have ahead of us, it’s a fascinating task which will require everyone’s support.”

Q. What attracted you to this project?
PdlR: “Various things attracted me towards it, but mainly the fact that it’s a Spanish team. Right now they’re at the back but their potential to grow is tremendous. What convinced me was the serious and realistic approach of Luiz Perez-Sala and Saul Ruiz de Marcos back in July and how they have done everything they said without making too much noise but in a professional and disciplined way.”

Q. What role did McLaren play in you making this decision?
PdlR: “Vodafone McLaren Mercedes helped me take this step. It’s no secret that I had a contract with McLaren for the next few years so this was only possible because of them. But contractual matters apart, I know that without my 8 year learning curve at McLaren I would not be here today, so I can only thank them because today I am a much better driver than when I joined them in 2003.”

Q. What do you think you can contribute to the team?
PdlR: “Above all, I am here to contribute with hard work, but also with the experience that I’ve accumulated over the years at big teams. The fact is that I’m coming to a small, modest Spanish team and together we are going to help it grow so that Spain can be proud of its team. It’s a David versus Goliath situation, which is extremely exciting.”

Q. What are your targets at HRT?
PdlR: “It’s too early to set myself a target. Right now the most important thing is to set the bases for this project and to grow and be true to our style: perseverance, work, determination and humility. The car will be a result of this process, but we have to work hard to be the best of the new teams.”

Q. Will you continue to receive the backing of your personal sponsors?
PdlR: “The aim is to continue to work with the sponsors I’ve always had, as usual.”

Q. You were a pioneer in this sport, you made your debut in F1 12 years ago and you have stayed at the very top since then, what is the key to your success?
PdlR: “The key for me is to sleep well and get up every morning with the strength and desire to take on difficult tasks and give my all. And like almost everybody, I can only do this if my aim is motivating. This season, at the Singapore GP, I recall looking at myself in the mirror and saying: “I can’t take another year of sitting on the pit wall and watching how the other drivers pass by”. This detail stayed with me and it defines me very well.”

Q. How important is it for Spanish motorsport to have a Spanish team at the pinnacle of motorsport?
PdlR: “A few years ago I said that the one thing pending for Spain was for it to have a Spanish team in F1. We have some of the best fans in the world, a two time World Champion, strong international companies, and now an F1 team. We’re also going through a crisis and that is why we must stand firmly together. I am proud that HRT can hand out employment to people here.”

Q. Will you return to Vodafone McLaren Mercedes like you did in 2011 after your spell with Sauber?
PdlR: “My future is with HRT, I’m not passing by. I’m one of those people who finish a project they have started.”

Q. A message for the Spanish fans?
PdlR: “I can only say to the fans that I hope they’re as happy as I am. I feel as happy as I did the day I found out I was going to make my debut in F1. The aim is not to win but to grow.”