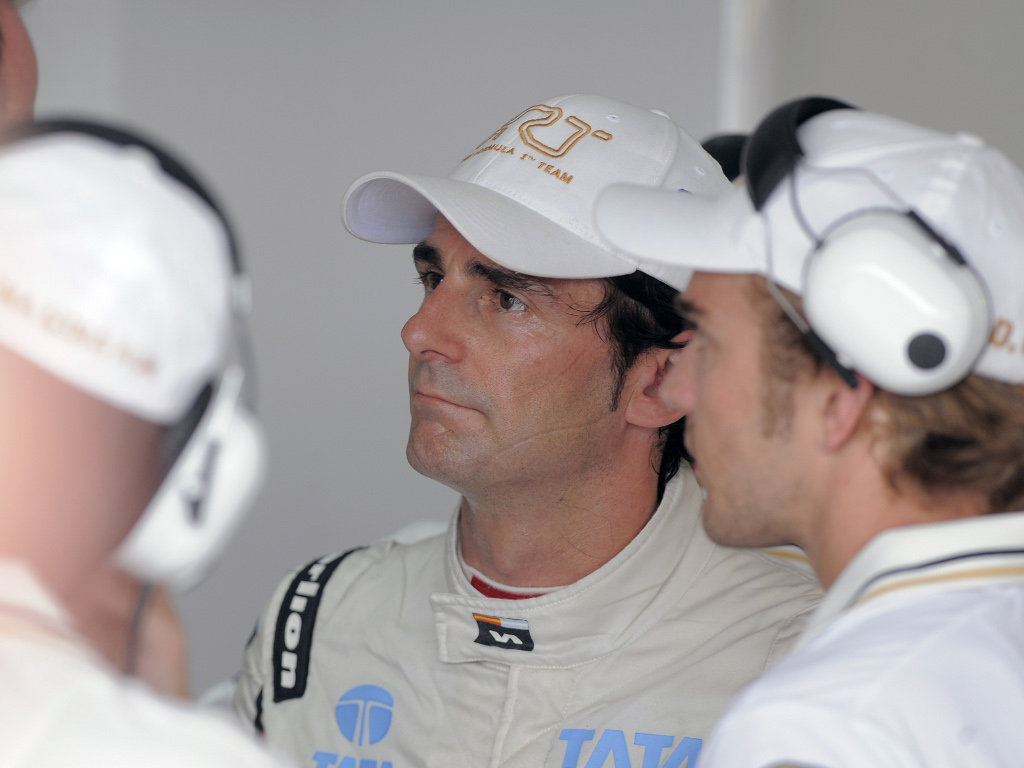 HRT veteran Pedro de la Rosa looks back at the first half of the 2012 season, which has been very positive for HRT…

Veteran Pedro de la Rosa looks back at the first half of the 2012 season, which has been very positive for HRT.

Q: We’re at the halfway stage of the season, what assessment do you make of these first months?
PdlR: “They’ve been seven very intense months, with a spectacular amount of team work, which I’ve taken on with a lot of hunger and desire. We’ve made steady progress but now we’re at a key moment and we must take another step forward.

“My assessment is very positive because we set ourselves realistic targets, we’ve accomplished them and we’re, more or less, where we expected to be. We’ve still got to improve more and we have nine races ahead in which to do so.”

Q: Would you say the objectives set at the start of the season are being accomplished?
PdlR: “Without a doubt. We’re accomplishing them and with flying colours at times. We started outside the 107% in Australia and we’ve reached peaks of 103.6% in Monaco and our best qualifying result which was 103.4% in Valencia. That was a very ambitious target that we set ourselves because, for us, to be close to 104% is a realistic objective.

“We’ve surpassed it and have potential to do more. In our case, it’s going to be easier to improve in this second half of the season than it will be for a big team that is striving for perfection because we’ve got much more room for improvement. For now we’ve accomplished our objectives but there are still many races to set ourselves more ambitious targets.”

Q: With your experience at big teams it can’t have been easy to arrive at such a small team like HRT. On a personal note, how do you face this challenge and what is most rewarding about it?
PdlR: “I’m taking it on as a challenge, well aware that challenges are never easy and that in Formula 1 no one hands you anything. But in my opinion we’re doing a good job, with humility, work and pride. The most rewarding thing is to work with the people from the team and see that in very difficult conditions, and with much less people than other teams, they work day and night with the conviction that we can beat our rivals.

“The team is going through a period of change and growth and now we’ve got a fantastic headquarters that has transformed the team. We’ve got a base from which the team is growing day by day. No one has stopped pushing, no matter what the situation. And we’ve felt supported. It’s not easy being at the back and finishing last. But what motivates us every day is that we see that we’re improving and we believe that we won’t be at the back for long. It’s very nice to see that, despite the fact that i t’s being very tough, we believe in that step forward.

Q: How is your relationship with your teammates? What would you highlight about each one?
PdlR: “My relationship with Narain is very good. There’s a lot of sincerity and we both want what’s best for the team. We fight hard on the track but in an honest way and, out of the teammates I’ve had, he’s one of the most sincere ones. We try to achieve the best set-up on the car between the two of us without hiding anything from each other.

“One of the characteristics of Narain and the engineers is that there is total transparency and no bad intentions, we’re aware that we’re last and if one of us finds something that can improve the car he shares it with the other because the objective is to progress. We’re team players.

“Dani is a great driver and an important part of the team because he’s got a great sense of humour and he makes things seem less dramatic with his characteristic humour. That’s very important for the team and everyone appreciates him. But he’s also very professional and knows how to work well. When he’s driven on Friday’s he’s contributed a lot.

“Ma has integrated very well. He’s the future of China and a driver that must play an important role in HRT Formula 1 Team. He’s probably the first Chinese driver with enough quality to be a Formula 1 driver and he left us all flabbergasted at the Young Driver Test in Silverstone with his great performance.”

Q: And what’s your relationship with the Team Principal, Luis P