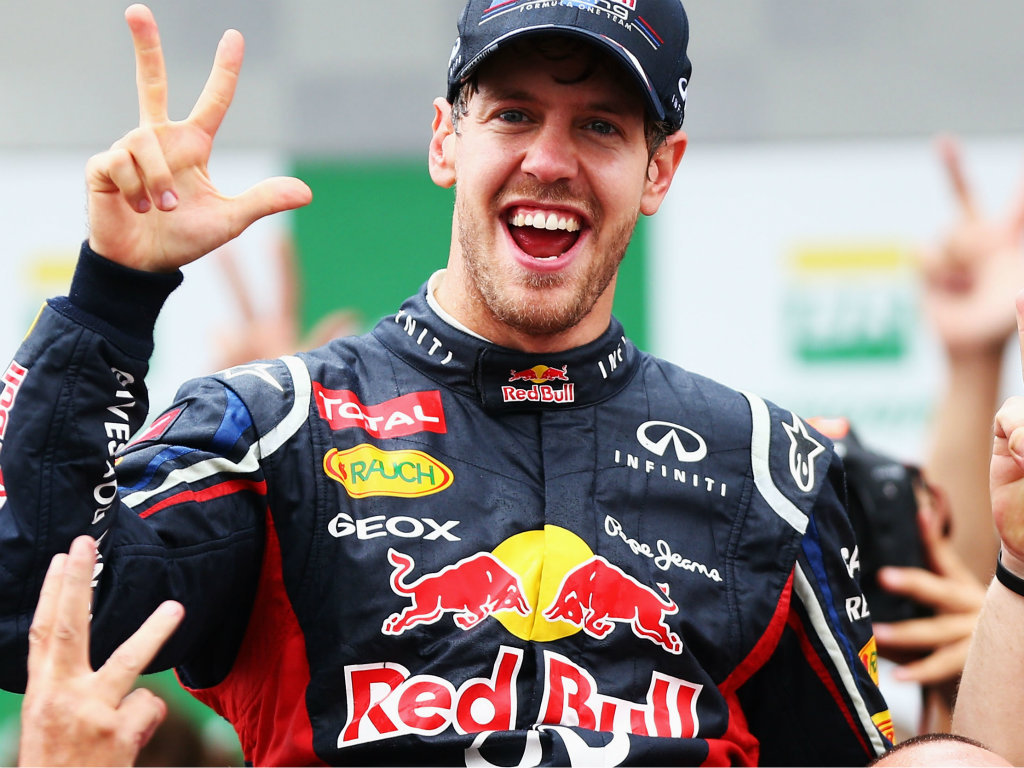 Newly crowned triple World Champion Sebastian Vettel shares his thoughts on the last two races, the pressure and the joy…

Newly crowned triple World Champion Sebastian Vettel shares his thoughts on the last two races, the pressure and the joy…

Q: The last two races were incredibly testing for you, do you think you have driven better this year than last year because in a way you’ve not had the best car all season?
SV: I think, first off, I said it many times, but I’m not bothered by the fact that people look back to last year and say it was easy, because it wasn’t and it wasn’t straightforward. The results suggest maybe it was, but it wasn’t always straightforward. We didn’t go to the track expecting to win and of course there was only the chance not to win because everything was so good. We had to work very, very hard for our success last year. This year obviously it was closer with the other teams, so instead of finishing second, third or fourth you then sometimes we finished fifth or eighth and it means you to look back and say that every single point really matters, even the times when you’re not competitive to win. I think overall we had a very competitive car, we won the Constructors’ Championship, so Mark and myself collected more points than any other team, we secured that with a race to go. But surely I can see that there was more excitement, there was more excitement inside the car as well, if you come from the back of the field and you have to overtake people, last year we started the race always from a great position, and didn’t have to overtake so many people.

Q: Christian said earlier that he was praising your mental strength given that people try to get under your skin – could you tell us what he was talking about?
SV: I said on Sunday after the race that in a way the hardest thing is to win after you have won, so winning after winning because you get the attention and the pressure can mean you are likely to focus on how to win again, rather than focusing on the small steps it takes to win in the first place. Obviously we won he Championship last year after 2010 and won it this year again, so I don’t want to praise ourselves but I think we have done a couple of things right.

Q: Has that attention ever become too much?
SV: Well if there wouldn’t be attention, then you would not be here! So of course there’s the element of pressure in that regard and on top of that obviously it’s always getting more and more tense at the end of a year depending if you are fighting for the Championship. Sometimes it’s hard to be focused but I always try really to go step by step. Sometimes there are rumours going around, but the most important thing is that you focus on yourself and remain yourself – you don’t try to be something that you are not because I think it just distracts and that takes energy away. I just focus on doing the best job I can.

Q: How is it to come back to the factory today?
SV: It’s really fantastic. When you go around the factory and meet everyone involved with the team today and think about what they have achieved as one big force working together, then it’s very special. All the hours that everyone works and the effort that goes in from every single person – many spend a lot of time away from their families at the factory and the track. It’s great to be able to come back here and thank everyone for everything they have done and achieved as a group together. It’s still not been many hours since we were in Brazil – it was only on Sunday – but many of the team are back working, still pushing hard and it’s incredible to see.