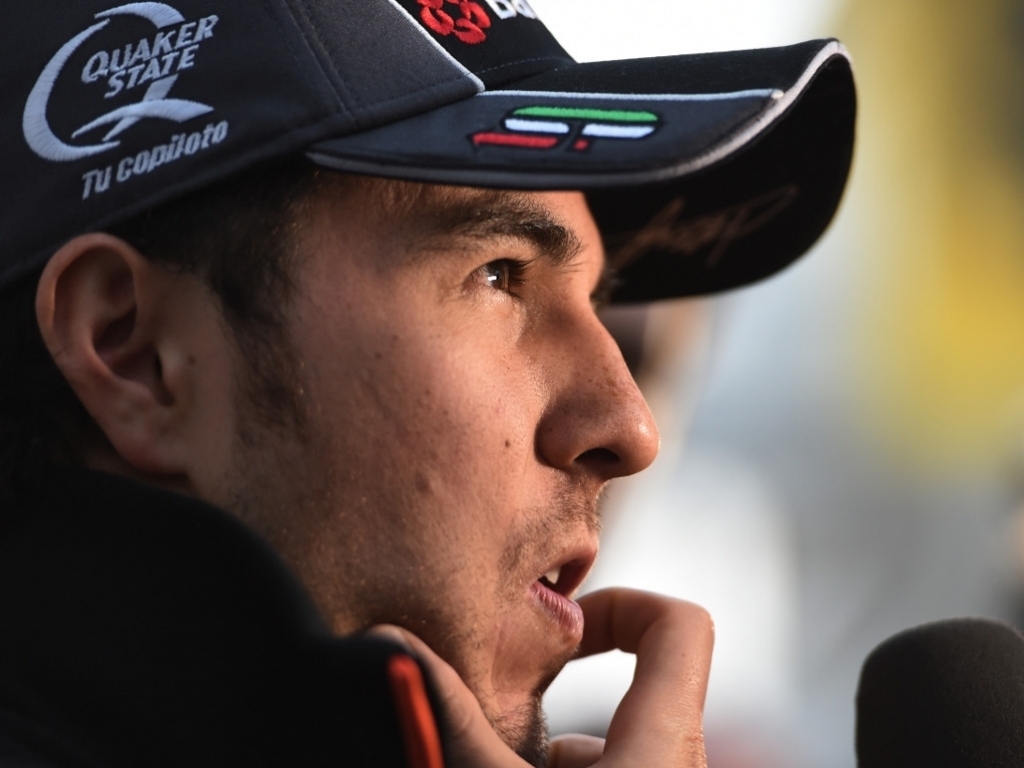 Ahead of Friday's launch of the new VJM08, Sergio Perez shares his thoughts on the season ahead, the team's livery launch and F1 in Mexico…

Q: Sergio, the 2015 season that is about to begin is a very special one, with Formula One coming to Mexico…
SP: Yes, it is extremely exciting! It is always a special feeling to return to action after the winter break: you have a lot of new things to look forward to, many expectations and a genuine desire to get back in the cockpit after a few months off. But to know that I will be able to race a Formula One car in my own country makes the start of this season even better. I am really looking forward to the Mexican Grand Prix.

Q: It's been 23 years since the last time the sport was in Mexico City. What can Formula One expect?
SP: Formula One is in for a big surprise. Fans in Mexico love racing and there already is an incredible enthusiasm about the race – and that is before tickets even went on sale. We are famous for being very passionate about sports and I think the whole race week will be a big celebration, not just at the track but in the whole of the city.

Q: The team's 2015 look was launched in Mexico City in January; was that a little taste of what is to come at the Mexican Grand Prix?
SP: The team launch was a great event and I was proud to unveil our new colours in my country. Fans in Mexico have embraced Sahara Force India and it was impressive to see the love everyone showed us. We had 15,000 fans coming to see the car in the week after the launch and I wouldn't be surprised to see more than ten times as many coming to see the race!

Q: You were back in action in Barcelona this week. What are your first impressions?
SP: It was really good to be back on the track, even with last year's car. When you are a driver, you don’t get many occasions to do laps before the first race so every opportunity is precious to get back into the right rhythm, get to know your engineering team and fall back into all the procedures you are used to in. It was crucial to be able to test the new 2015 tyres and what we learned has helped our preparation for the races.There remains a lot of work to be done, of course, especially when we run with the new car at the final test this week.

Q: You now approach your fifth year in Formula One: what can we expect from Checo Perez in 2015?
SP: It's very straightforward – I want to go and get my best year in Formula One. Last year I had to adapt to a new team and a new environment, but despite this we managed to get some impressive results. I want to build on that season to have even better results in 2015 for both myself and the team. My hunger for success hasn't diminished and the team has the same approach. we know the path ahead will be hard because all of our competitors have done steps forward, but we are prepared to work hard and have a really strong season.