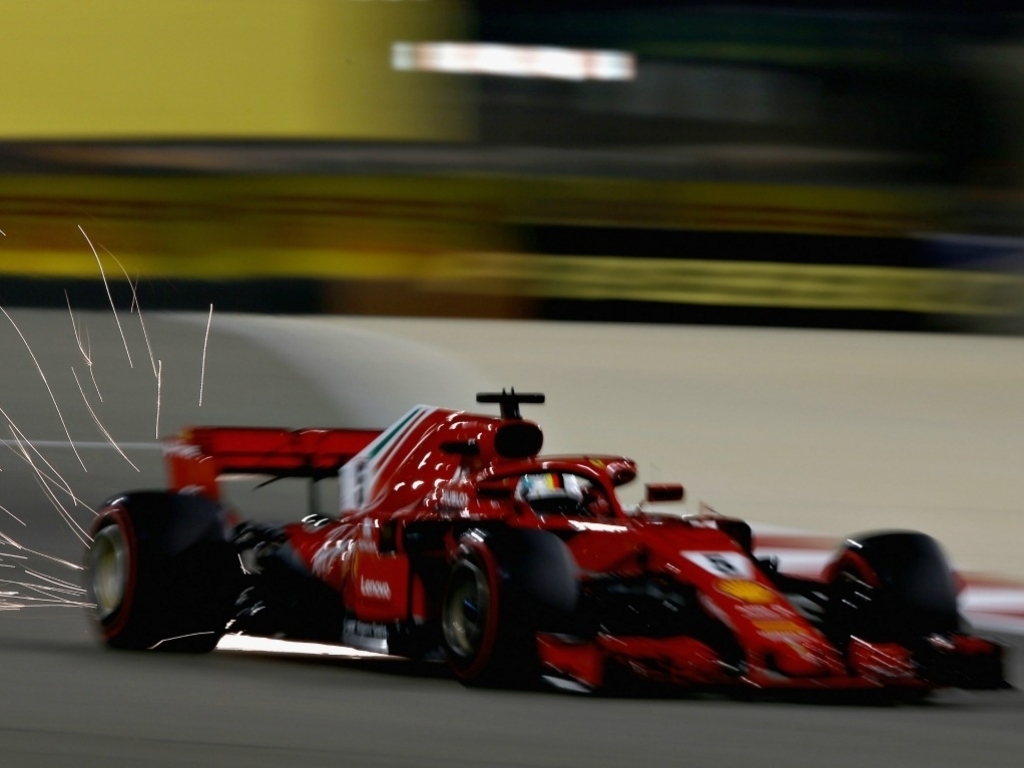 Ferrari:
Sebastian Vettel: “I think we have a good base and the car is working. We have improved in our work on the car. In the beginning it’s always a bit difficult, but now everything is getting better. So, it was nice to keep the car alive. I felt quite good from the start and made some progress during the session. I am very happy with the last laps I did, and also obviously with the result I got. I was really glad to see how the car was responding today. We worked on the setup and tried different things. In Australia the track is tricky and bumpy, so it was difficult to change too much and draw any conclusions. But after the race and with the mileage we did, I think we understood the car better. It’s nice to see that we have built a very strong car and that today we are able to put it on the front row, beating everybody else. It’s been a great result that the whole team deserves. However, the ‘big day’ is tomorrow.”

Kimi Raikkonen: “My last run was far from perfect; there was traffic and we couldn’t improve. We did not give ourselves a proper chance to do the best we could. The car had a lot of speed, but we did not take full advantage of that. I’m sure there was a lot more to come. Anyway, we start the race in a good position, so I’m a bit disappointed today but that’s how it goes.. Tomorrow is another day and we should have a good car; we hope for a better result. The key point will be tire management; it will be tricky for everybody. We’ll try to make the best of it, and I’ll go as fast as I can.”

Mercedes:
Valtteri Bottas: “It’s disappointing not to be in the first row. We’ve made some good progress through the weekend, but Ferrari was quicker today. We definitely have work to do at this type of circuits and in these kind of conditions. I think we have the right set-up of the car for the race, but it’s difficult to estimate the race pace. I think it’s going to be really closely matched between Ferrari, Red Bull and us, so it should be an interesting race. I learned a lot about tyre management last year at this track that I think I can use this year. We’ll definitely go for it tomorrow and hopefully Lewis can also come back to get some good points so we can keep the pressure on Ferrari.”

Lewis Hamilton: “Today wasn’t the best of days and tomorrow is going to be one of the hardest races for us in some time. We’ve been trying to get ahead of the Ferraris, but it has been tough, they just had the pace all weekend. It wasn’t the greatest of laps from my side and Ferrari had the edge as they often do in these hotter conditions. The goal for tomorrow is damage limitation. I’ve got the Soft tyre, so I should be able to go longer – it’s going to be interesting to see, there’s a couple of different strategies tomorrow. I’ll try and eke out every last bit of power and strength from this car. I don’t know what we are going to be able to achieve tomorrow, but I will give it everything I’ve got and hope that I can do something.”

Red Bull:
Daniel Ricciardo: “That was really close. Part of me is disappointed that we are so close but still at the tail of the lead pack in Qualifying, but I don’t think I could really have done much better. Lewis was still a couple of tenths ahead of me. There was maybe a tenth left on the table but I think the Mercedes still had some extra pace. It’s almost frustrating to be so close but actually it’s encouraging that the top five cars are within about four tenths. I’m always excited for the race. Practice and Qualifying are ok but Sunday is my favourite day of the week. Yesterday our race pace didn’t look bad but I think our car in FP2 wasn’t as good as it is now, so it’s encouraging to know that our car should be even better tomorrow and hopefully it puts us in the fight. We will start in fourth place now with Lewis’s penalty so I think it is going to be exciting. Hopefully, in 24 hours we can do a pretty cool interview after a good race. I’m also pleased for Pierre, Toro Rosso and Honda today. Not taking anything away from Pierre, but in my first year at Toro Rosso I also qualified sixth here and he has done the same. I can see him doing the interviews and he is super excited, so it’s good for the team and I’m happy for him.”

Max Verstappen: “I was very surprised at what happened in Q1 so I wanted to try and understand the cause before commenting on it. What we can see in the data is a sudden power increase, just like an on/off switch. It looks like roughly 150 Horse Power was suddenly switched on during the corner which of course is not easy to anticipate, this caught me out and meant I lost the rear and spun. The damage to the car was just the front left corner so we don’t have any major concerns for tomorrow. I was disappointed to crash not just because it ruined Qualifying but also as the car is looking very quick here so has made the job tomorrow hard. At least at this track you can overtake. My race pace looks good so if I can have a clean first stint and get past a lot of cars it could still be an exciting race. You always need a bit of luck so a safety car to bunch up the field would help and make the race open again. We have a quick car so that is always good, let’s see what I can do tomorrow.”