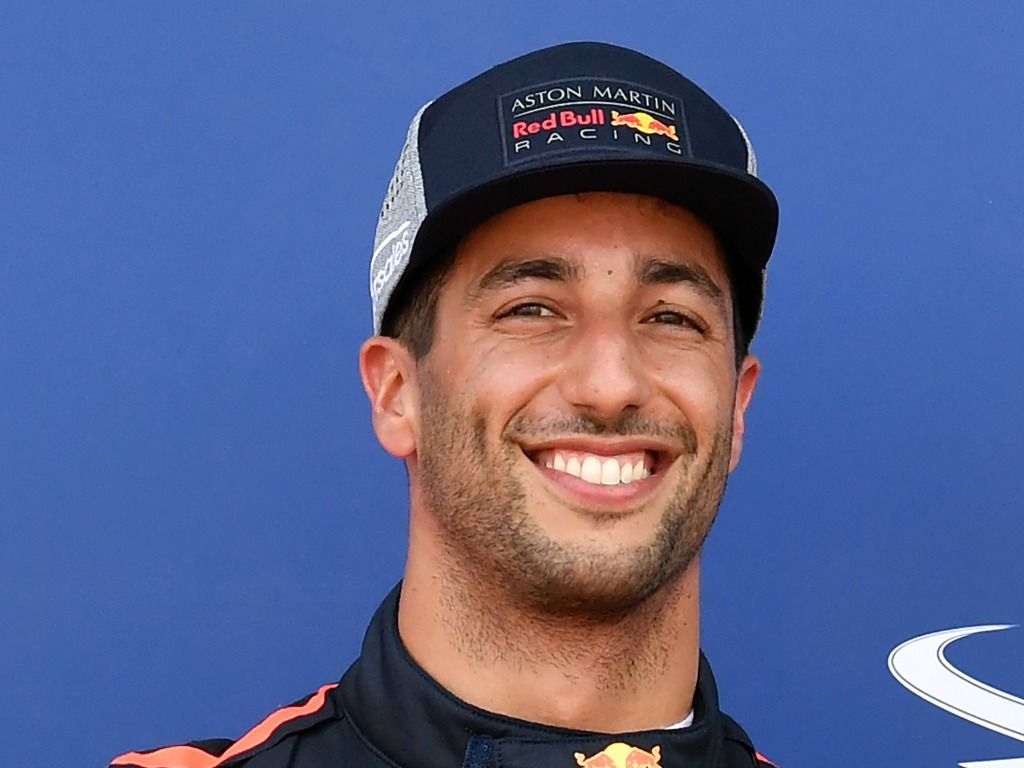 It was a bittersweet qualifying for Red Bull with Daniel Ricciardo on pole and Max Verstappen starting from the very back.

Daniel Ricciardo: “I’m pretty delighted, but I will be even more delighted if I’m on the top step tomorrow. I’m trying to keep things pretty chilled now but I’ve done everything I need to do up until this point, so I’m pleased with that and everything the team have done. At the moment I feel like I have done half the job I came here to do, so we will try and finish it tomorrow and I’ve made life easier by putting myself on pole. I just kept building up and putting the laps together and then in Q3 it was very important to maximise everything at the right time and I was able to do that. I had confidence in the car which started on Thursday and then it was about finding the rhythm, which is very important around here. I knew the car would be strong and it’s great to get the best out of it. Everyone came into the weekend saying that we were favourites and I thought they were trying to take some pressure off themselves but I thought, let’s prove them right! It’s one extreme to the other for the team today, with Max not making the session, but that’s Monaco and it pushes you. Finding the balance even with a good car, still isn’t easy. I think if we are smart and do the race we know we can do tomorrow, then we are in with a good chance for the win.”

Max Verstappen: “I got a little bit caught off guard passing the slow car, which isn’t an excuse, and clipped the inside barrier before hitting the wall. It happened so quick after getting a bit distracted and perhaps I turned in a bit too early. Like in China, this was my mistake. It is of course not what you like but unfortunately sometimes it happens. Before Qualifying I was ready to get in the car but it turned into a bit of a rollercoaster. They fired up the engine and only then could we see the leak, at this stage it is too late to make it out. It makes it a bit more painful knowing this is a track that we genuinely had a shot at pole and the win. It was a small mistake that resulted in us paying a big price. That is usually the way in Monaco. I saw Daniel back on the Energy Station after quali and congratulated him on a great performance. We know we have pace here but it is so hard to pass and when you get held up there is little you can do.”

Sebastian Vettel: “I’ve been quite happy today even if you always have the feeling you could do much more. However, we tried to get everything out of our car and we got a good position. Red Bull has been strong since Thursday, but we got as close as we could. The main thing for us is that our car has potential. In the first corner I just couldn’t drive the way I wanted but for the rest it was ok. It was a tricky session also in terms of getting the tires together. Now we’ll focus on the start tomorrow, but it will be a long race. It will be a different game to play tomorrow, compared to today. On Sunday, it could be more tactical, and we need to consider that a short period of the race could decide the result of the race itself. Also, we need a bit of luck, but the most important thing is to be ready to react. We know what we have to do, so we’ll see how the race turns out.”

Kimi Raikkonen: “Today we struggled a bit to make the tires work straightaway in the first two corners, get them into the correct temperature window and get the car to turn where we wanted. During the lap they seemed to improve, but here at Monaco, if you are not 100 per cent sure of how it’s going to be in Turn 1, then you lack a bit of confidence. Obviously, we cannot be totally happy with this result, we wanted to be higher up the time sheet, but this what we have got today. The race is a different story. Usually it’s very tricky to overtake here, but in the past a lot of things happened. We’ll try to stay out of any trouble, make the right decisions and do the right things at the right moment.”

Lewis Hamilton: “It was a really good session, I gave it everything that I could. But even with a perfect lap we couldn’t catch Daniel today; Red Bull just had a little bit more performance, particularly in the last sector. I was up in the first sector, but I just couldn’t hold onto it. I’m glad that we’re up there, I won my first Grand Prix here from third but obviously that was in unique circumstances. The team did a fantastic job getting the car to where it is. It will be interesting to see how the different tyre choices work for each of us tomorrow and there’s going to be lots going on throughout the race. I really can’t tell you what Monaco is going to bring tomorrow, but I’m going to give it everything and just keep my head down. My goal is to switch places with Daniel, so that’s what I’m going to go for.”

Valtteri Bottas: “Today was tricky. We expected the Red Bull to be very fast around here and we also knew that it was going to be one of the most difficult tracks for our car. We improved the set-up from Thursday and the car felt much better to drive. The main limitation was overall grip rather than balance, I was sliding around quite a bit. I don’t think I could have gone any quicker as I feel like I would have ended up in the wall. We tried to get through Q2 with the UltraSoft, but we realised we didn’t have enough pace for that. So we will start the race on the HyperSoft tomorrow which will be interesting. P5 is not ideal as it’s easier to start from the front row in Monaco, but we know anything can happen here.”