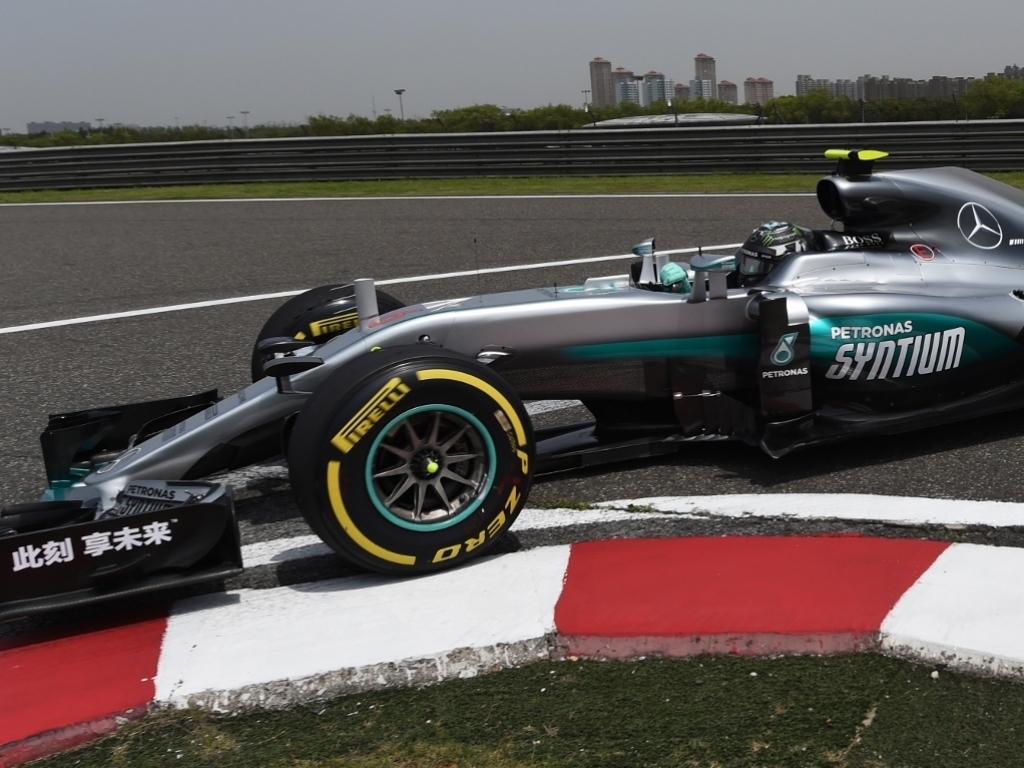 Nico Rosberg secured his first pole position of this season as he held of Daniel Ricciardo in China while Lewis Hamilton will line up P22 due to an ERS problem.

The sun shone down on the Shanghai circuit ahead of Saturday's qualifying for the Chinese Grand Prix, leaving a dry track with just a few damp patches.

Pascal Wehrlein caught one of those as he opened his DRS and hit the wall along the pit straight, damaging his Manor and bringing out the red flag. "Sorry guys, no chance to do anything," he said over the radio.

The session was red flagged for 22 minutes as the sweeper truck was dispatched to clear the puddle.

As expected Ferrari took control of the session with Sebastian Vettel and Kimi Raikkonen.

There was, however, drama over at Mercedes as an ERS problem cost Lewis Hamilton, who pitted without a lap time to his name. Hamilton, who has a five-place grid penalty for a gearbox change, will start at the back of the grid.

"Really sorry Lewis, that's game over for today," was the message from his pitwall. He responded: "Don't worry about it guys, we'll bounce back"

Q2 again finished with a 1-2 for Ferrari with Raikkonen ahead this time around. Nico Rosberg was third, however, he set his time on the soft tyres meaning he will carry those through to the start of Sunday's race whereas Ferrari will have to use the super-softs.

Q2 was red-flagged with 1:17 on the clock as Nico Hulkenberg lost his front left tyre. That stoppage cost Felipe Massa, who finished P11 as he had to abort his late effort, while Fernando Alonso gave an "arrgh, arrgh" when informed that there was no time for him to try for another lap.

Raikkonen claimed the early advantage in Q3 with a 1:35.972, which put him 0.139s ahed of Rosberg. Vettel opted to remain in the Ferrari garage.

The pole position protagonists ventured out with two minutes on the clock for their final run with Rosberg ahead of Raikkonen who was ahead of Vettel on the track.

The Championship leader upped his pace to a 1:35.402, purple in the second and third sectors. Neither Raikkonen nor Vettel were able to match Rosberg and dropped to third and fourth as Daniel Ricciardo snuck through for P2, 0.515s down.

Valtteri Bottas was fifth ahead of Daniil Kvyat, Sergio Perez and Carlos Sainz.