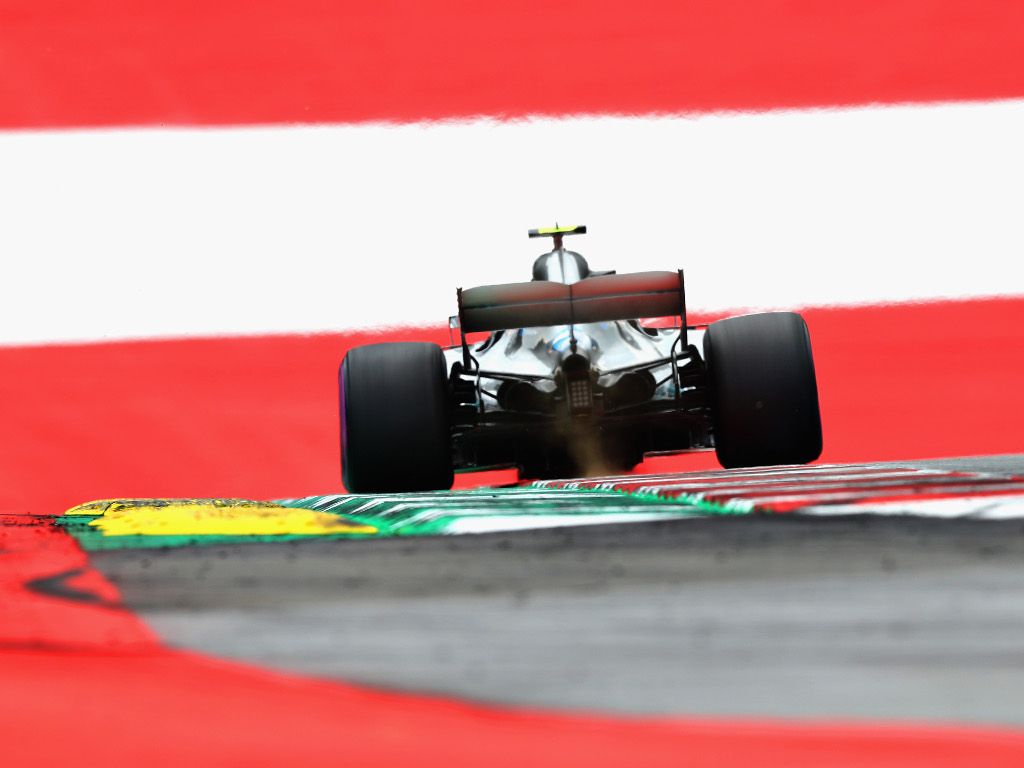 Although it was Lewis Hamilton who was the quickest of the Mercedes pairing in the build-up to Q3, it was Bottas who held the early advantage when it mattered most.

Kimi Raikkonen broke up the Mercedes 1-2 as he went second fastest, 0.465s down on Bottas’ provisional pole.

Heading out for a second run on fresh ultrasoft tyres, Bottas upped his pace to a 1:03.130 to beat Hamilton to pole position by 0.019s.

Sebastian Vettel edged Raikkonen for third place but his P3 is as yet uncertain as the Ferrari driver is under investigation for blocking Carlos Sainz at the exit of Turn 1 in Q2.

“I had to take a kerb to avoid him, I nearly crashed,” Sainz told Renault.

Max Verstappen was fifth ahead of Romain Grosjean and Daniel Ricciardo while Kevin Magnussen and Sainz completed the top ten.

Q2 was interesting in that Mercedes sent both drivers out on the supersoft tyres, as did Red Bull, while Ferrari opted for the ultrasofts.

Meanwhile Charles Leclerc, taking part in qualifying thanks to a last minute gearbox change following his FP3 troubles, was the first to get caught out by the kerbs.

During Q1 he left part of his front wing lying on the run-off of the Red Bull Ring after a yellow kerb moment.

He still made it into Q2, something Marcus Ericsson could not go, and ultimately qualified P13.

He is, however, facing a five-place grid penalty for the gearbox change.

Fernando Alonso made it through the second segment but his day ended there as he went wide on his final hot lap and broke his front wing.

He finished in 14th place while Lance Stroll also progressed to Q2 where he qualified 15th.