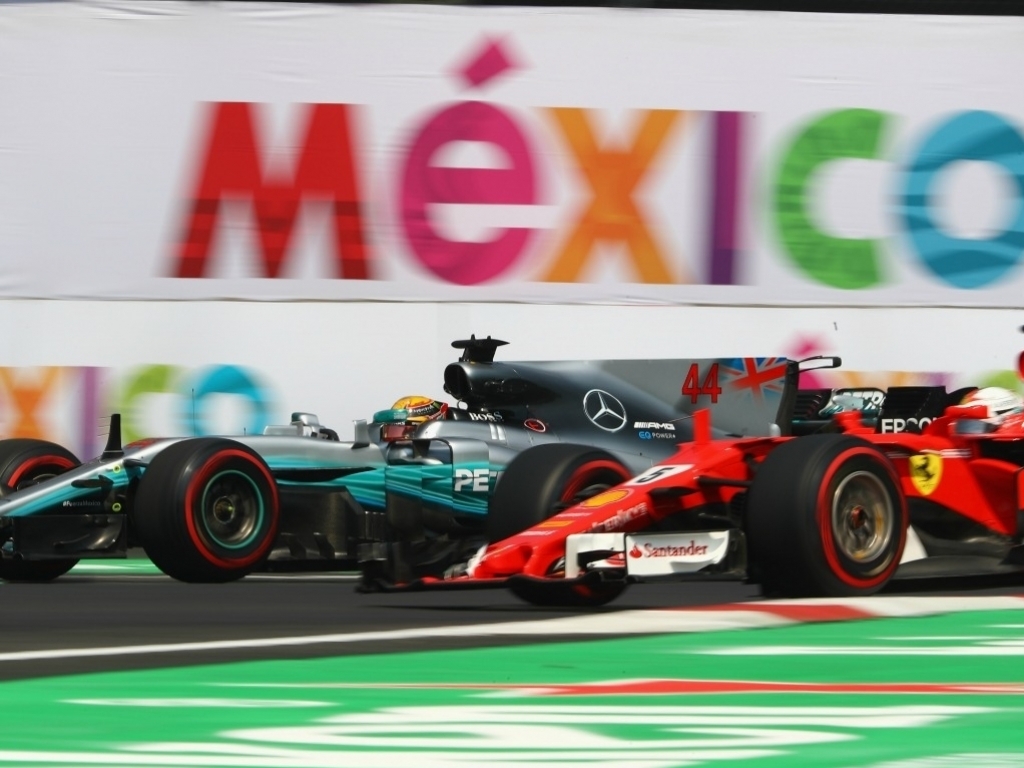 Sebastian Vettel clinched a 50th career pole and denied Max Verstappen a maiden P1 in the process. Lewis Hamilton off the pace in P3.

Sebastian Vettel: "It was quite a lap I have to say. I'm really really happy. I had a little bit in the first sector and got that right, I had a bit of a moment in Turn Six but didn't lose any time. I knew if I kept it clean it would be enough and it was. I'm really happy. Yesterday wasn't that good for us but we improved overnight. All the changes worked. Tomorrow we will see but the race pace should be really good."

Kimi Raikkonen: "It was pretty poor. I struggled to put any decent laps together. I just tried to put one lap together in the end, but it was not easy. Obviously it was very difficult to put any decent laps together, made a mistake here, a mistake there and was lacking grip. In the end I tried to put one lap together to get somewhere and that’s it. The race should be OK, but on one lap I struggled for grip, so we’ll see."

Lewis Hamilton: "Pole position was the goal today, but it wasn't meant to be. It was a difficult session and I think it was a difficult weekend overall. It is very slippery here; and some of the issues we have with the car are a little bit highlighted by that. I gave it everything I had, but the gap to the front was too big. Our long run pace is definitely better than our qualifying pace, so I'm not worried about that. But you need a big delta to overtake here, so track position is important. It is a long way down to Turn 1, so we should have some fun tomorrow. I'm hoping I'm able to move forward at the start. Afterwards it should be a one-stop strategy. The crowd looks incredible, there's a lot of energy. It's such a spectacle from above; I saw the camera from the helicopter. So winning here on Mexican soil would be pretty neat."

Valtteri Bottas: "Our qualifying wasn't good enough; we thought we could fight for the pole. We definitely struggled a bit compared to at least one of the Ferraris and one of the Red Bulls, for some reason they found quite a bit of lap time for Q3. The incident with Max ruined my first lap in Q3; I just couldn't get back to the normal line for braking. However, I'm still optimistic for the race. We had good long runs yesterday and we'll have a strong car tomorrow. As a team, we're starting from the second row, and it's such a long run into Turn 1 here. Hopefully we can have a good start and use the slipstream to our advantage. It should be an interesting race."

Max Verstappen: "Another front row qualification so I am pretty satisfied with today's result. Q2 was really good but somehow we lost a bit in Q3 with the tyres, I couldn't get them to work and struggled for grip. I would say the Q3 lap was better but I just didn't have the grip from the previous session. The plan was to abort the first lap in both sessions and use that as a build lap. At the end of the day we are still second and on the front row so no big issue. It is always nice to get a pole position but winning the race is more important. I am confident in the race pace of the car and that we can achieve a good result but we still have to show this tomorrow. Starting on the front row with such a long run into Turn 1 means we can hopefully get away well and ahead. We are usually quicker in the race than Qualifying so I am excited for tomorrow."

Daniel Ricciardo: "We have been strong all weekend but in Qualifying we just didn't have any grip. I topped the times in FP2 and Max did the same this morning so we didn't really touch the car from yesterday, but every time I left the pits today I just had no grip. We tried experimenting in Q3 and doing an extra warm-up lap to try and give the tyres something extra, but it seemed that the grip I had when I left the box, was the grip I had until the end of each run. Sometimes you get one set of tyres that you can't turn on or warm up properly and you might lose some time, but every run it seemed to be the same story. This morning the track was really cold and we were still able to post a time on the first lap, so it should have been a breeze to get the tyres up to temperature this afternoon. If we can get the car back to what we had before Qualifying then I think we can still fight for a podium tomorrow, but this is confusing and we really need to understand what happened in the last hour."