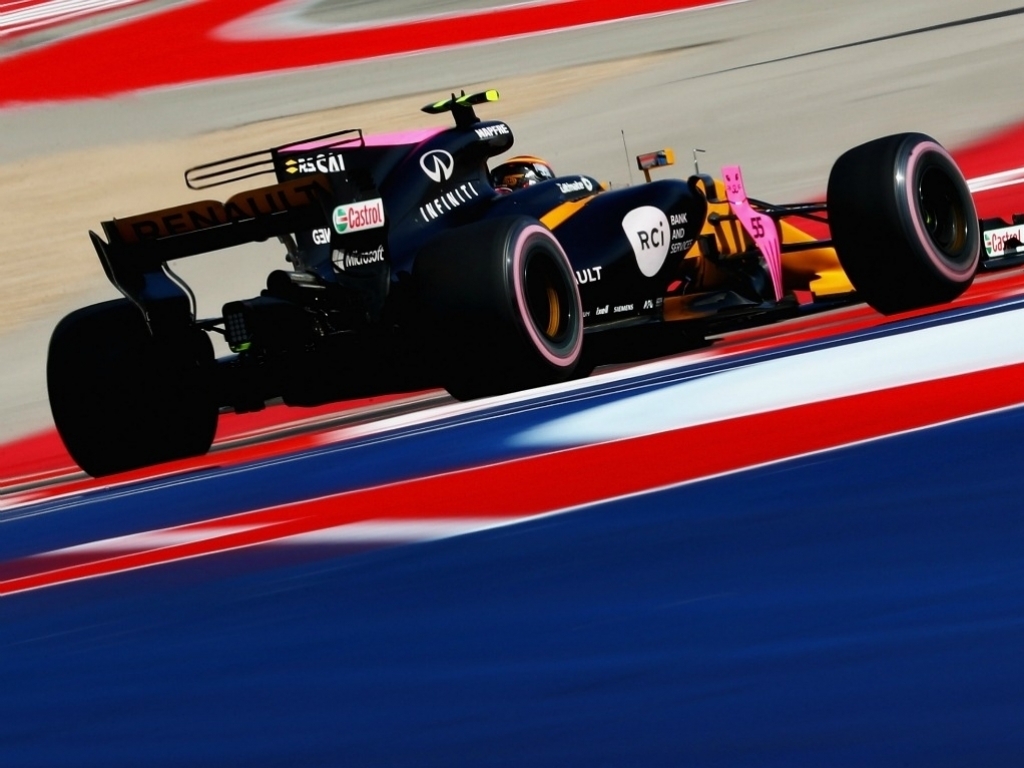 Esteban Ocon (P7): "I'm happy with the result today. The team has done a fantastic job once again and we have been strong in every session. We have a great chance to pick up a big bunch of points tomorrow. It was not an easy qualifying session for me because I did not feel well. I had a very bad headache and problems with my stomach. So I am glad to have made it through the session with a strong result. I now need to get some rest and try to recover to be ready for the race tomorrow."

Sergio Perez (P10): "It's quite disappointing to end up tenth because I know I had the pace to be at least seventh or eighth. My qualifying was compromised in Q1 when Kevin [Magnussen] blocked me. It cost me an extra set of tyres in Q1 and it meant I went into Q3 with just a single set of fresh tyres. I had to do my final lap on used tyres and had to settle for tenth place. I can't wait for the race tomorrow. I hope we can get a good start and make up for some of the ground we lost today."

Carlos Sainz (P8): "There's been a lot to adapt to over this weekend but I'm incredibly proud of what we've been able to achieve; it's not a bad effort for our first qualifying together! It wasn't the easiest session with the changes in temperature and with the wind as I didn't know how the car would react to this, but we did a good job so I'm very happy. Coming to a new team late in the season was always going to be a challenge, but everyone at the team and back in the factory has made things very easy for me. I'm looking for a clean race tomorrow. There's more speed in the car and in me as I adapt further, so to finish in the top ten higher than where I start is the target."

Nico Hulkenberg (P15): "We have a twenty-place grid penalty for the race, so regardless of where I qualified, I'll be at the back of the grid tomorrow. We opted to have flexibility on strategy as we can choose our starting tyres, and this also saves car and engine mileage through not running to the end of the session. The car felt competitive today, as we saw by my being in the top ten with a single Q1 run. It's a track where you can overtake, so tomorrow has interesting possibilities. I'm looking forward to a good bit of racing."

Fernando Alonso (P9): “We had some concerns before coming here about how competitive we could be, but we put the car on track and immediately performed quite well, being in the top 10 in every single session, and that was a nice surprise. We also brought some updates here and they are working fine. The car felt great today. We had difficult conditions out there – it was very hot and windy in qualifying and the grip level was lower than we expected. In those conditions our car performs extremely well, so our lap in Q2 was good and we were able to make it into Q3, with ninth place overall. Tomorrow we’ll start eighth, due to Verstappen’s penalty, so I think it’s a great chance to score points. We know we still have a deficit on the straights compared to other teams and we’ll probably be a little exposed on the first lap because we’re in a group, but after the first lap has settled I think we could open up the gap in the high-speed section and maybe defend a little bit better. We’re definitely happy to race here in front of the US fans and I think they’ll see a great race tomorrow!”

Stoffel Vandoorne (P13): “The result is probably as much as we could have expected today, as I’ve been struggling a bit this weekend. From FP2 I haven’t really felt comfortable in the car and it was quite difficult today. FP1 was good – I had a busy aero programme with a new front wing and I finished fifth in that session. We then swapped it to the other car after that, and ever since we returned to the previous spec we’ve been on the back foot a bit and struggling with the car balance, which has continued up to qualifying. I haven’t really found the right balance across the corners or been able to get the car together as I’ve wanted it, but as I have a five-place penalty it made sense to give the front wing to Fernando as he has a better chance to finish in the points. With the penalty we’re not really in an ideal position, but that’s the way it is, and hopefully we can have a better day tomorrow. It’s a challenging track and a long race, and hopefully with the degradation there are some opportunities to get back some positions. It’s reassuring to see Fernando through to Q3 with the new front wing and it looks like it’s performing very well. For tomorrow, we need to analyse carefully how things are developing, but I think our long-run pace is probably a bit better than our short-run pace. If you look back at the whole season it’s been pretty difficult for us to overtake, but we’ll have to wait and see. The start has always been quite tricky here with the wide first corner and steep uphill section, but if we have a good start we can wrestle ourselves into a better position. The fans are amazing here and wherever we go for the events we do they are cheering us on – it’s really good to see and hopefully we can put on a good show for them tomorrow.”

Lance Stroll (P17): "It was a bad day. It was a problem with the power unit not deploying its energy correctly. It cost me eight tenths of a second on the back straight and it cost me my last lap. It is just one of those things, not a human error, just an unlucky situation. With these very complicated power units this sort of thing can happen, as the energy went into a saving mode and not a qualifying mode. I am obviously very disappointed, but now we can see what we can do tomorrow as there was more pace in the car. It's another race, we are starting near the back and we will go forward."