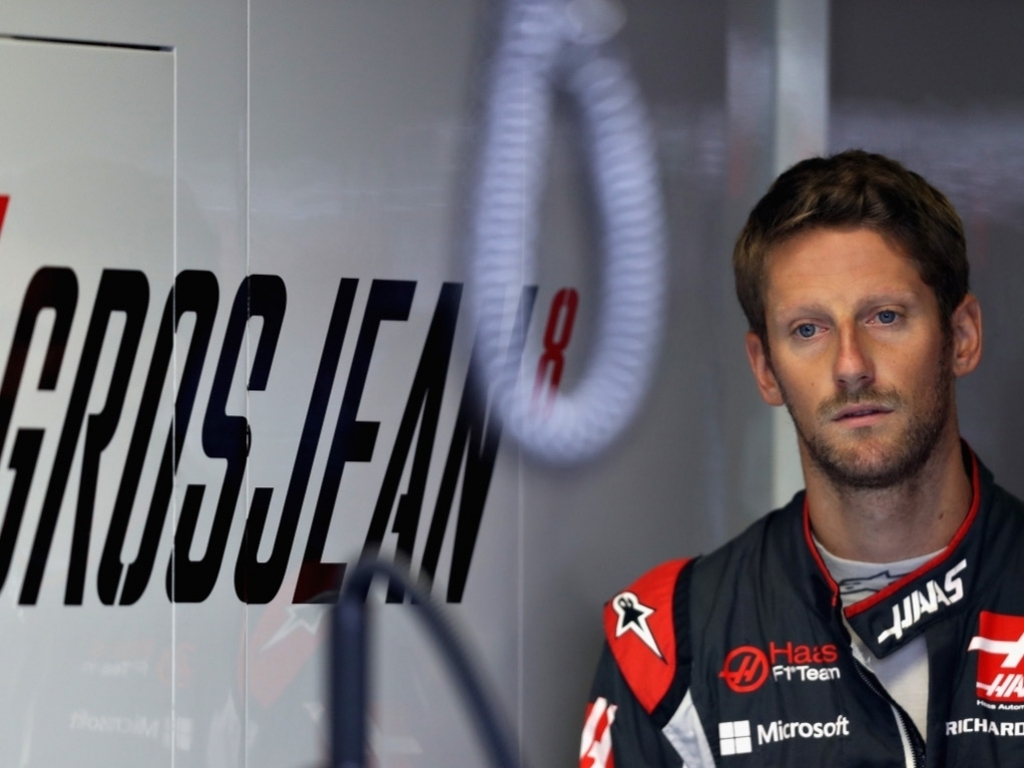 Romain Grosjean suffered a big crash in Q1, forcing himself, Pierre Gasly, Marcus Ericsson and Pascal Wehrlein to all be eliminated.

Kevin Magnussen: “We have been stronger this weekend. The car, right away on Friday, felt better, more alive. That’s partly due to the track temperatures being down, so the tyres are working a bit better, or at least it’s easier to make them work without overheating them. If you’re behind on downforce or grip, they don’t overheat as much when it’s cold, like it is here. That’s pushed us a little bit closer to the midfield. We expected to be P16, P17 in qualifying, and I’m P13, to eventually become P12 for tomorrow. So, I can’t be too unhappy with that. When it’s close like that though, you’d like that last bit, so it’s a bit frustrating not to get there. We’re still close to the points tomorrow. We’ll see if we can get in and score a few.”

Romain Grosjean: “I’m OK. The first run was actually really good. I had a big moment into turn 11, which lost me a lot of time on Kevin. So, I think the car was capable of going into the top-10 in Q1. I went for the second run, doing pretty much the same thing, and the car just had a lot of oversteer for no reason. We need to analyse that. For sure, I attacked turn three a bit faster than I had on the previous lap, but nothing crazy. I just lost it there and tried to save what I could for turn four, but it was too late. I tried to keep it on track as much as I could, to avoid a crash, but I lost it a second time and had to go wide. Once I was on the grass, it was wet, so it threw me into the barrier.”

Carlos Sainz: “The results on the timesheet look worse than what it really is, because in Q2 we decided not to run any new tyres – we only went out on the ones used in Q1. The reason for this is that we want to have all the strategic options available to us for tomorrow as we’ll be starting from the very back of the grid due to the grid penalty. So today’s Q2 was a bit weird – we used it just to do some practice starts and ran on the used tyres… Not what we’re used to doing! Therefore, it’s a qualifying I didn’t really enjoy, but it was a sacrifice thinking about tomorrow, when I’ll appreciate it more than now. Hopefully we can have a good race and perform another good comeback using the new tyres still available from today!”

Pierre Gasly: “How annoying, today’s wasn’t a good qualifying for me… I had quite a big moment during my best lap in Q1 and I locked the car in the first sector, almost going off track. Luckily I finished the lap, but it wasn’t a clean one. I expected to improve quite a lot in my second run but in the end we didn’t get this opportunity because of the session being red-flagged… So I’m disappointed about the final result because we had the potential to get into Q2. Hopefully tomorrow we can have a good race and I can manage the tyres well, extract the most out of the car and see where we end up!”

Marcus Ericsson: “It was a decent qualifying for me. We made improvements from session to session, so we were able to come a bit closer to the competition. The end of Q1 was a bit disappointing – we were pushing on the last try when the session was interrupted by the red flag. Overall, I am pleased with my performance in qualifying today.”

Pascal Wehrlein: “Overall, I did not feel fully comfortable in the car today compared to yesterday. I am not satisfied with the balance of the car yet, and we are looking at the data to understand the causes. As for my qualifying – it is a shame about the red flag at the end of Q1. Obviously, I would have liked to complete my final try and improve my lap time. I am focusing on tomorrow now, and will give all I can during the race.”