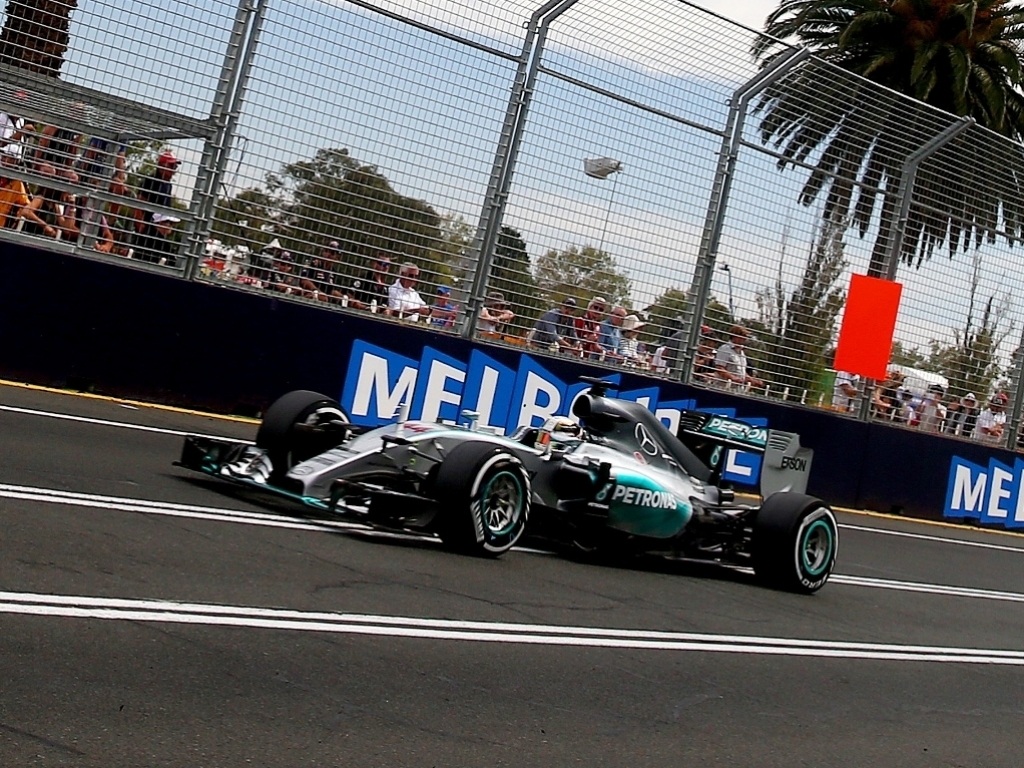 Lewis Hamilton will start the Australian Grand Prix from pole position having qualified half a second quicker than Nico Rosberg.

Hamilton threw down the gauntlet on his very first flying lap in Q3 as he crossed the line with a 1:26.419.

Behind him on the track, Rosberg tried to match his team-mate's time only to lose it at Turn 15, forcing him to abort his lap.

That meant after the first run, the provisional front two rows were Hamilton and Sebastian Vettel and Felipe Massa and Kimi Raikkonen.

The drivers ventured back into the pits for fresh tyres before emerging for a final shot at pole position.

Rosberg was the first of the Mercedes drivers to head out and he jumped to second place with a 1:26.921.

His improved time, though, was still short of Hamilton's P1 and the reigning World Champion added to his team-mate's misery by dropping his time to a 1:26.327. Hamilton took pole by 0.594s.

Massa climbed to third place ahead of Vettel while Raikkonen and Valtteri Bottas made up the third row of the grid.

Daniel Ricciardo recovered from his earlier engine woes to qualify seventh ahead of Carlos Sainz Jr, who was the top rookie qualifier and the only one to make it through to Q3.

While all eyes were on Max Verstappen, Sainz Jr has quietly edged his team-mate throughout the course of the weekend and it was more of the same in qualifying.

He finished P9 to Verstappen's 12.

As for the other rookie, Felipe Nasr was 11th for Sauber, a great result especially as his team-mate Marcus Ericsson could only manage 16th.

The Swede, though, wasn't the slowest of the qualifiers, that went to McLaren-Honda.

Although both Jenson Button and Kevin Magnussen were running throughout Q1, neither found the pace needed to make it through as they were lapping three seconds off the pace.

They finished 17th and 18th and will start at the very back of the grid should Manor, who have yet to put in a lap this weekend, not race on Sunday.