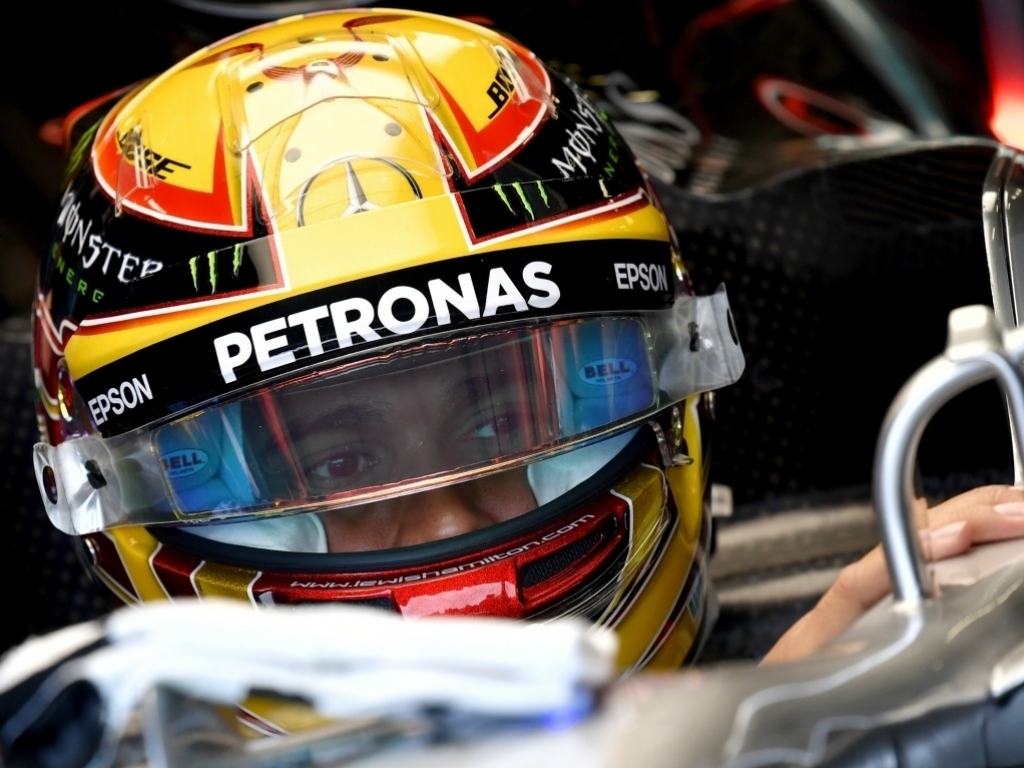 Lewis Hamilton has equalled Jim Clark’s record of five pole positions at the British Grand Prix after crushing his rivals at Silverstone.

Hamilton posted a phenomenal time of 1:26.600, five tenths quicker than Kimi Raikkonen and seven tenths faster than Sebastian Vettel, who was fuming about his track position as he laboured to Q3.

The Brit is now also one more pole position away from matching Michael Schumacher’s all-time pole record of 68 – barring the stewards do not take any action after investigating a potential block on Romain Grosjean.

Bottas qualified in P4, but will drop to ninth after his gearbox penalty comes into effect.

Stoffel Vandoorne out-qualified Fernando Alonso, who was Q1 leader, for the first time this season, while both Williams drivers have work to do again after another dismal qualifying session.

Alonso, with his 30-place penalty, will be joined at the back of the grid by Daniel Ricciardo, who fears an engine blow-out after coming to a stop in Q1.

After a wet end to FP3 on Saturday morning, the rain returned 10 minutes before the start of Q1 and, with cold temperatures and blustery winds, the conditions made for another very tricky session to negotiate.

That was made very clear with the difference of opinion on which tyres to start on. The two Red Bulls led the way on intermediates, with many trying their luck on the supersofts.

But, the track was far too slippy and the rain got heavier, forcing the likes of Hamilton and Vettel to come back in for the green-striped tyre.

Eight minutes into Q1, the session was red-flagged as Ricciardo, who was topping the timesheets, came to a stop at Woodcote and reported a turbo problem.

The Aussie, who already had a five-place grid penalty for a gearbox change, would fall all the way down to P20 and will join Fernando Alonso at the back of the grid.

After Ricciardo’s car was recovered, a frantic 10-minute battle to reach Q2 ensued with rain still falling down.

With five minutes of Q1 remaining, Hamilton became the new pace-setter with a 1:41.296, but he was soon eclipsed by Vettel who went 1.2 seconds quicker than his title rival.

As the rain eased off and the track grip improved, the lap times continued to tumble. Verstappen was the first to drop into the 1:38 barriers with two minutes left of Q1.

Seconds later, Alonso, in the Q1 drop zone, deemed it dry enough to switch to supersofts, and got a huge cheer from the fans as he shot up to P1 with a 1:37.598. It was a close call, too, as the Spaniard started his lap a mere second before the chequered flag waved.

Lance Stroll, Kevin Magnussen, Pascal Wehrlein and Marcus Ericsson, alongside Ricciardo, were the first to be eliminated.

Q2 brought a change of strategy for Bottas, who re-emerged with soft tyres strapped on his Mercedes W08 as opposed to the quickest supersoft option.

The tyre slowly came to life for the Finn, who dipped down into the 1:29.6s to become the new pace-setter. Hamilton, though, quickly re-asserted himself by going half a second quicker.

Inside the final minute of Q1, the Ferraris responded with Raikkonen going quickest in the first sector and Vettel setting a new best in the middle sector before climbing up to top spot.

Yet, there was still time for Hamilton to set a blistering 1:27.893s, eight tenths quicker than Bottas a full second faster than both Scuderia drivers ahead of Q3.

The threat of rain again toward the end of Q3 sparked a mad dash once the lights went green for the final 12-minute session.

It was Hamilton who put himself on provisional pole after finding an extra six tenths from Q2 with 1:27.231s, with Vettel running 0.199s behind in P2.

Bottas and Raikkonen, in P3 and P4 respectively, were three tenths off the pace ahead of the final hot laps.

Just as Hamilton was about to start his, the stewards confirmed that they would be investigating him for allegedly blocking off Grosjean.

But the Brit was unfazed, as he set an incredible 1:26.600 to clinch a historic pole position by a handsome margin, with Vettel lining up behind Raikkonen from P3 after finding only marginal improvement.