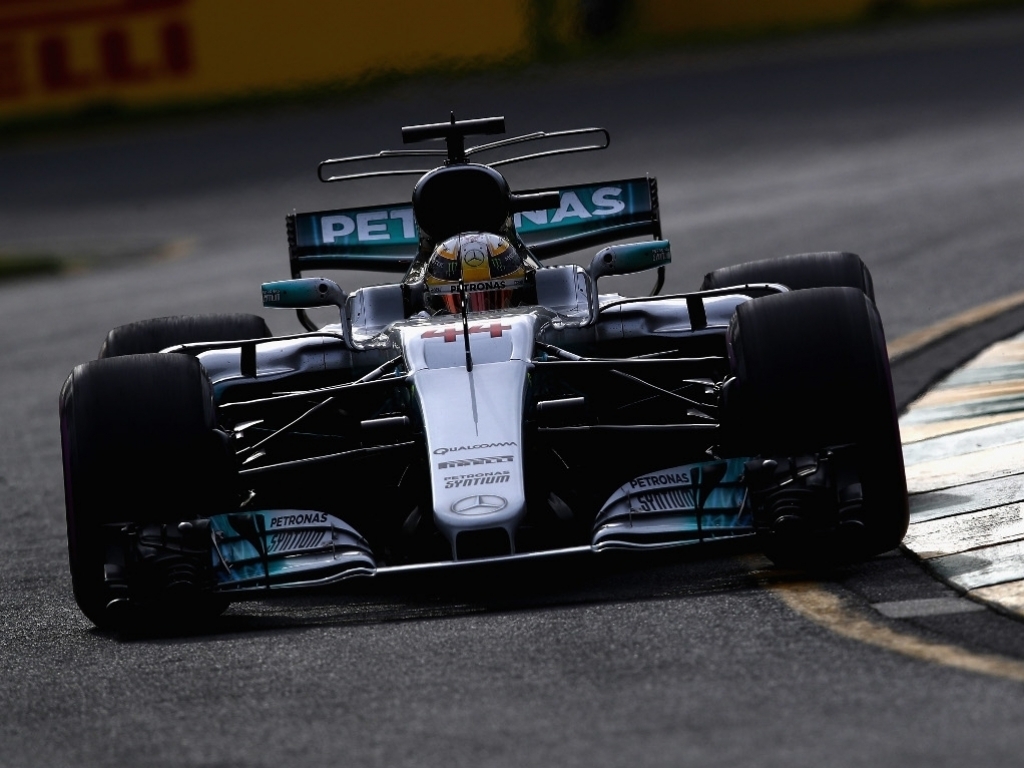 Lewis Hamilton held off Sebastian Vettel to claim pole position in Australia in a qualifying that was red flagged when Daniel Ricciardo crashed.

As fans around the world had hoped, Mercedes and Ferrari engaged in an interesting battle as Formula 1 welcomed its first qualifying of the 2017 season.

Tyre choices, with Ferrari running supersofts on Vettel in Q1, and a few drops of rain at the start of Q3 added to the drama.

Hamilton claimed provisional pole with a 1:22.496, purple in all three sectors, up by 0.3s over Vettel. Valtteri Bottas was right behind the German, a mere 0.002s down, with Kimi Raikkonen fourth.

However, the drama was by no means over.

Q3 was red flagged with 8 minutes on the clock as Daniel Ricciardo lost control of his RB13. He turned in slightly wide and lost the back end of the car at Turn 14, flying through the gravel before smacking the barrier.

When the session restarted it was a one-lap run for most of the drivers with Hamilton upping his pace to a 1:22.188 to take pole position.

Bottas qualified third ahead of Kimi Raikkonen and Max Verstappen.

Behind the leaders it was Romain Grosjean, Felipe Massa, Carlos Sainz and Daniil Kvyat with Ricciardo P10.

Despite major concerns about McLaren’s pace, Fernando Alonso progressed to Q2 in his Honda-powered MCL32. He qualified P13 while Stoffel Vandoorne was out in Q1, down in 18th place.

Sauber replacement Antonio Giovinazzi was the surprise of the session, qualifying in 16th place. The Ferrari third driver, called up to fill in for the unfit Pascal Wehrlein ahead of FP3, was knocked out of qualifying in the final seconds by his team-mate Marcus Ericsson.

Jolyon Palmer, who lost track time crashing on Friday, was slowest of all but it is Lance Stroll, with a five-place gearbox penalty, who will start last.