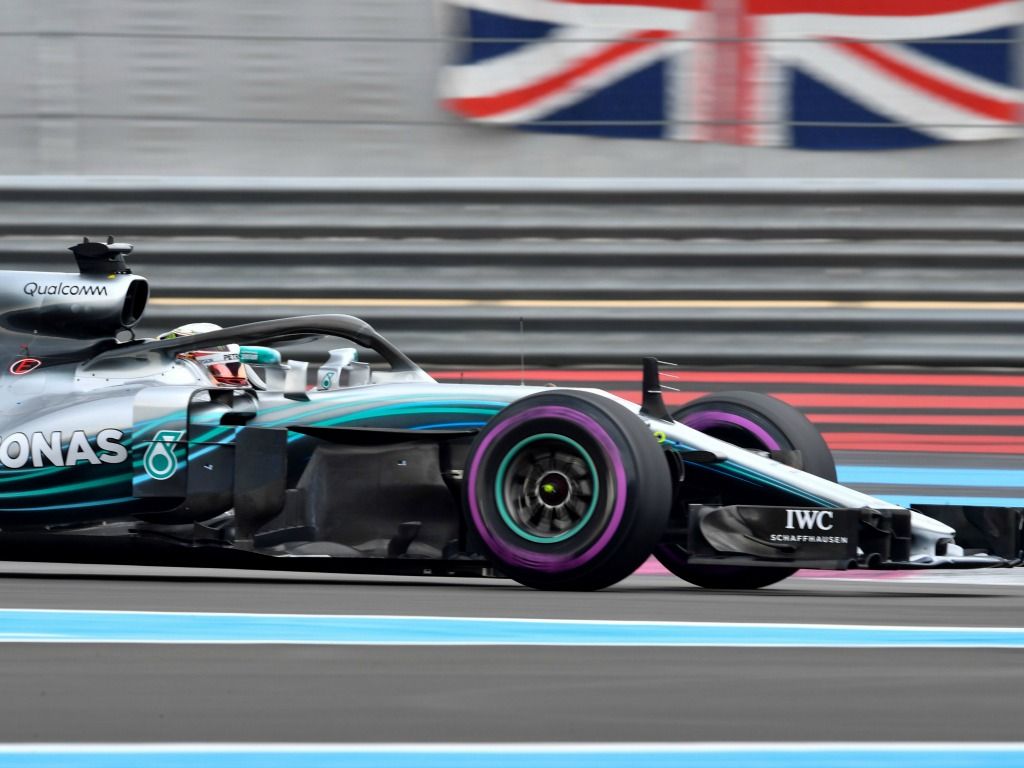 Lewis Hamilton has secured his 75th career pole ahead of the French Grand Prix as Mercedes locked out the front row.

A perfect final sector on his last hot lap saw the Brit post a 1:30.029 and knock Valtteri Bottas off provisional pole by 0.118 seconds.

Sebastian Vettel was no real threat, but will line up from P3 with Max Verstappen and Daniel Ricciardo both getting ahead of Kimi Raikkonen, who once again made a mistake when it mattered the most.

The star of qualifying was undoubtedly Charles Leclerc in the Sauber, as the rising Ferrari star clinched P8 on Sunday’s grid.

Elsewhere, Romain Grosjean crashed out of Q3, whilst there was double Q1 knock-out for McLaren.

After a washed-out FP3, the sunshine returned to Circuit Paul Ricard at the start of qualifying – but there was a 60 per cent chance of further rain showers within the late afternoon session.

It was Hamilton who set the early pace in Q1 with his updated ‘Phase 2.1’ engine, setting a 1:31.271 on his second timed lap with Verstappen and Raikkonen both two tenths behind.

Down at the foot of the field, Fernando Alonso (P16) and Stoffel Vandoorne (P18) were both knocked out in Q1 as the misery continued at McLaren. Brendon Hartley, who will drop to P20 because of engine penalties, Sergey Sirotkin and Lance Stroll were the other early Q1 exits from qualifying.

Light drizzle arrived just as Q2 got underway, prompting a mad scramble from the pit lane to try and get the best banker lap in the books.

Mercedes re-emerged with supersoft tyres strapped on and with the engine turned up as Hamilton pumped in a 1:30.645. Raikkonen and Vettel stayed out in Q2 after a cool-down  lap but could not make any impression on that time despite being on the quicker ultrasoft tyres.

The rain stopped again ahead of the final hot laps of Q2 and there was the usual mind games between the top teams as they kept each other guessing as to which tyre they will start the race on.

Vettel and Raikkonen narrowed the gap to Hamilton to a tenth; the Brit backing off completely in the final sector in order to avoid starting the race on the ultrasoft tyres.

Leclerc’s impressive rise in Formula 1 continued as he beat both Force India cars and Renault’s Nico Hulkenberg to book a place in Q3 for Sauber.

More small drops of rain started to fall as the track light went green again for the final time at the start of Q3.

Grosjean is out of his car and OK

Just as Hamilton put himself on provisional pole with a 1:30.222, the session was stopped by a red flag caused by Grosjean, who spun out of control at Turn 3 and tapped the barrier.

The session restarted with seven minutes on the clock, with Kevin Magnussen and Leclerc yet to set a time in Q3.

Back toward the top of the timesheet, Bottas wrestled pole position away from Hamilton for a split second.

But the Brit reached his latest Formula 1 milestone by improving to a 1:30.029.