Home Uncategorized Qualy: Hamilton on pole and off track 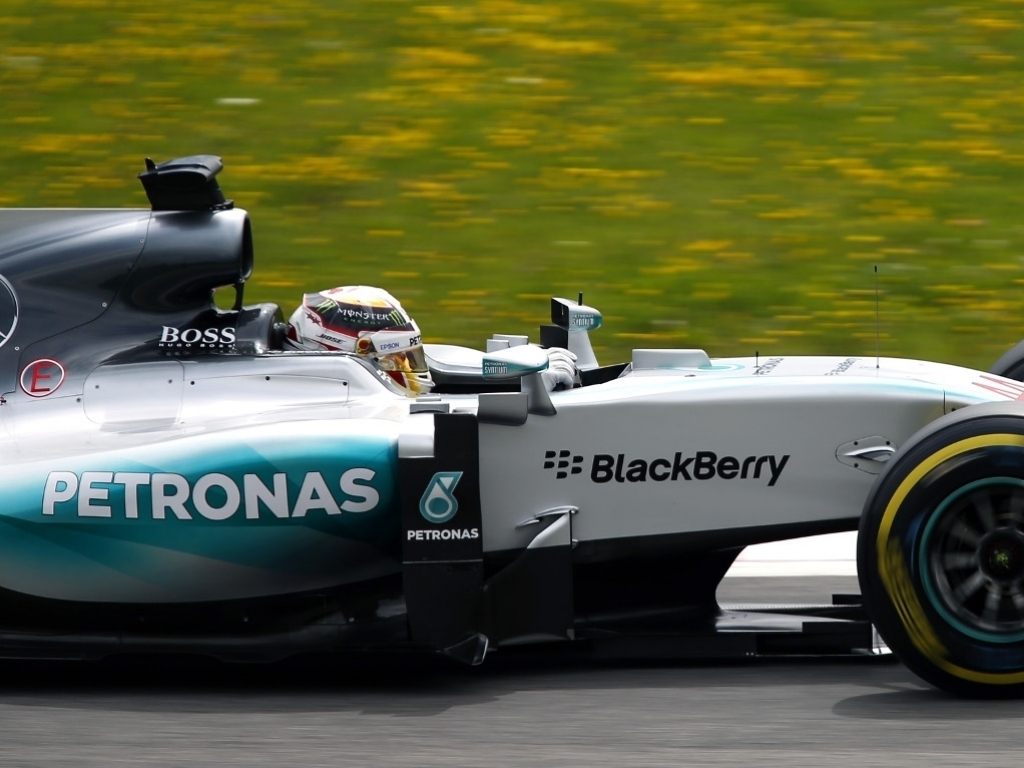 Lewis Hamilton claimed pole position while in the gravel at the Red Bull Ring as an off moments later for Nico Rosberg meant he could not challenge his team-mate's earlier time.

Following a heavy rain shower in FP3, qualifying for the Austrian Grand Prix began on a damp Red Bull Ring.

Although the drivers were out on the supersoft red-marked Pirellis in the latter stage of Q1, with damp patches around the track made for an interesting timesheet.

While Nico Rosberg, Carlos Sainz, Sebastian Vettel and Max Verstappen were quickest; Sergio Perez, Jenson Button (who was fastest with five minutes remaining in the session), Kimi Raikkonen, Roberto Merhi and Will Stevens dropped out.

Raikkonen's response to his exit: "How the f**k is that possible?"

As the track dried out completely in Q2 it was only a matter of time before the Mercedes drivers and Vettel hit the front. Putting in their fastest times on their last laps, they held the top three spots as the chequered flag was waved.

For Q3, the pole position shoot-out, Rosberg came out the blocks flying, posting a 1:08.655. That was bettered by Hamilton, who put in his best lap of the weekend to cross the line with a 1:08.455.

Heading back into the pits for fresh rubber, the Mercedes team-mates ventured back out with it looking very much as if it was to be an intra-team battle for pole position.

As the chequered flag waved, Hamilton went off at Turn 1, bringing out the yellow flags, while moments later Rosberg, who had been on a quick lap, lost it at the final corner.

Despite their offs, Vettel, who had been quickest in two of three practice sessions, had no answer and finished P3, 0.355s down.

Max Verstappen, Daniil Kvyat, Felipe Nasr and Romain Grosjean – who did not set a time due to a brake-by-wire problem, completed the top ten.