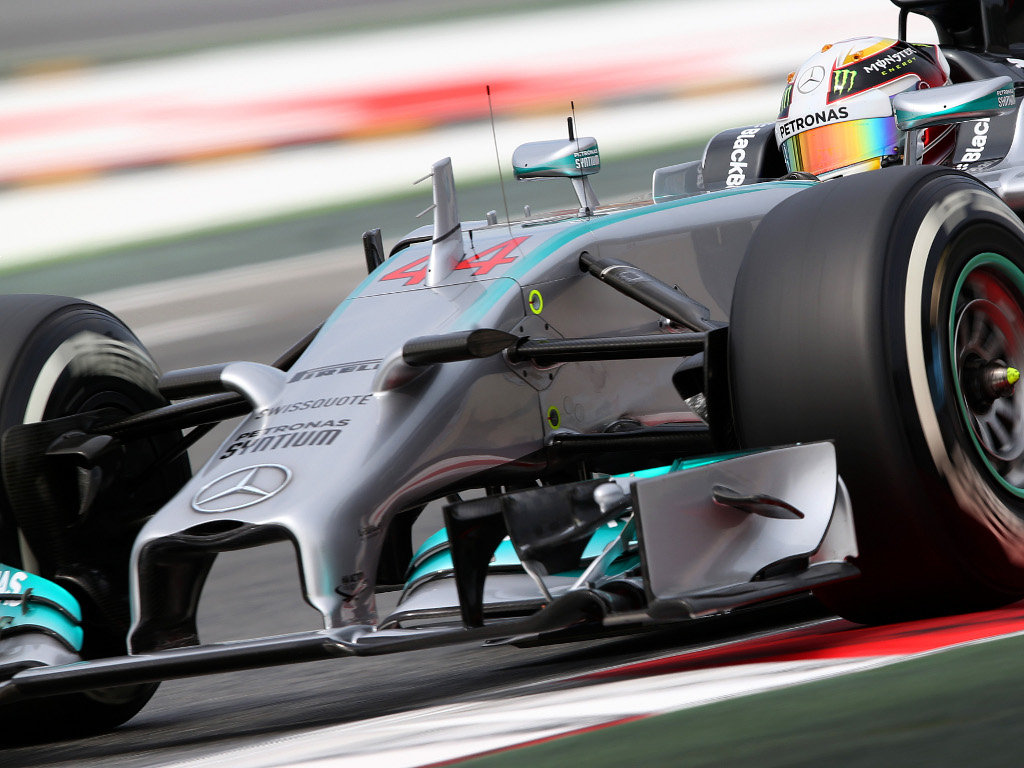 For the fourth time this campaign, the British driver was the quickest over a single lap, taking pole position with a 1:25.232.

With his lap 0.168s up on team-mate Nico Rosberg’s it meant Hamilton, who is chasing his fourth win in succession this weekend, edged ahead in the Mercedes qualifying battle.

The duo were leaps and bounds up on the chasing pack as Daniel Ricciardo, who qualified third, was 1.053s down while Valtteri Bottas entered the mix in fourth place.

The Williams driver qualified ahead of the much-improved Lotus of Romain Grosjean while Kimi Raikkonen pulled one back against Fernando Alonso as he beat his team-mate by 0.-3s.

Jenson Button was eighth quickest ahead of Felipe Massa.

Having missed Friday’s running with an electrical problem, Vettel tried to make up some ground in final practice and entered qualifying hopeful about his chances.

Those ended, though, in Q3 when the German’s RB10 lost all drive on his out-lap, forcing him to park on the side of the road without a time to his name.

The session was red-flagged as his car was pushed to safety.

It was also a disappointing session for McLaren rookie Kevin Magnussen as a power unit problem with his MP4-29 meant he was not able to venture out in Q2 and therefore finished in 15th place.

Another not to set a time in that session was Jean-Eric Vergne, who faces a 10-place grid penalty for losing a wheel during Friday’s second practice.

There were also issues in Q1 as that was red-flagged for seven minutes when Pastor Maldonado crashed.

The Lotus driver lost his E22 on the exit of Three on the kerb, slid across the track and hit the barrier with the front right. “I lost the car,” was his simple explanation.