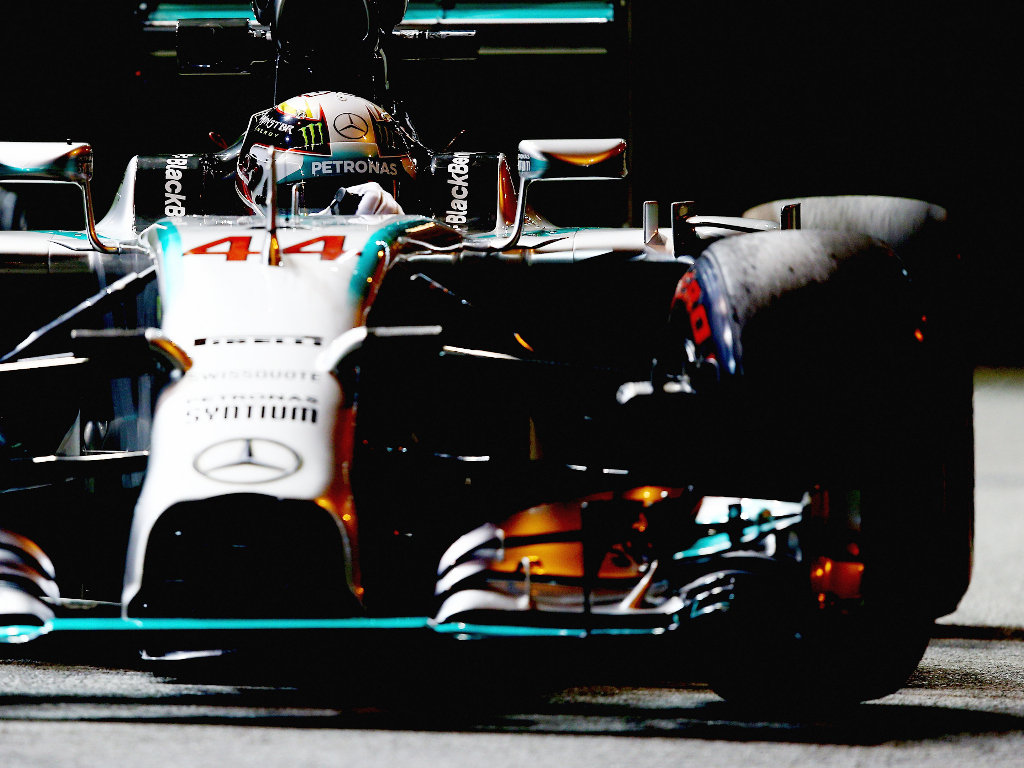 A last-gasp effort from Lewis Hamilton saw him snatch pole position from Nico Rosberg by the smallest of margins, 0.007s.

The Mercedes duo had appeared to be on the back foot in Q3 when Hamilton was just sixth after his first run while Rosberg was P7.

The duo, though, found some extra pace on their final flying laps with Rosberg hitting the front only to lose out to Hamilton moments later.

The British driver, who is 22 points behind his team-mate in the battle for this year’s World title, posted a 1:45.681, which was just 0.007s quicker than Rosberg’s best.

Daniel Ricciardo had to settle for third place despite briefly holding onto provisional pole. He was 0.173s down on Hamilton but can at least say he once again out-qualified Sebastian Vettel, who was P4.

Fernando Alonso finished in his customary position of fifth and will line-up alongside former team-mate Felipe Massa.

Kimi Raikkonen, who was in with a shout after setting the fourth best time in the first run in Q3, eventually finished seventh after his F14T ran into power problems as he began his second run.

Valtteri Bottas, Kevin Magnussen and Daniil Kvyat completed the top ten while Jenson Button was the big casualty in Q2 as he finished in 11th place, knocked out of qualifying by the Toro Rosso of Kyvat.

However, it was Romain Grosjean who provided the soundbites as he said “I cannot believe it, bloody engine, bloody engine” and “I don’t care, I don’t care, it’s too much” when told his E22 had suffered the same issue as it did in FP3. He qualified P16.

Meanwhile, his team-mate Pastor Maldonado joined four of the other drivers who have yet to score this season in dropping out in Q1.

The Lotus driver, who crashed in FP2 and was using a new chassis on Saturday, finished down in 18th place after a mistake or two. And Lotus, as expected, saw the lighter side of his off at Turn 7.

The team added: “Next thing you know, they’ll be climbing into the cars head first.”