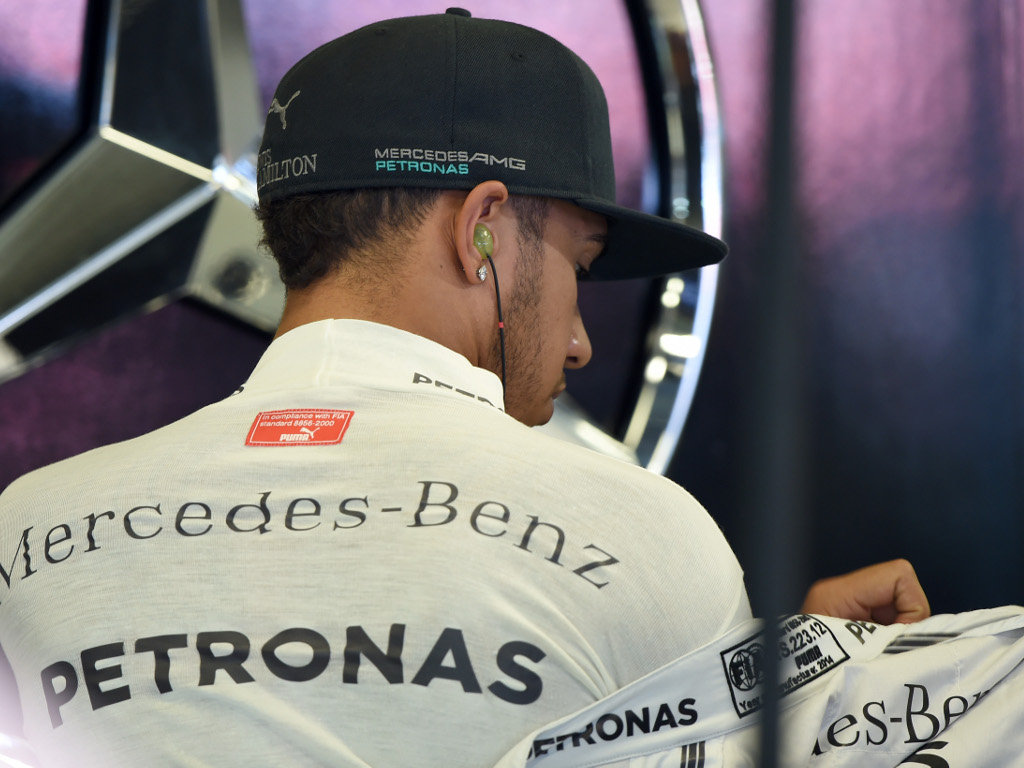 Lewis Hamilton held off the impressive Daniel Ricciardo to beat the Australian to pole position at his home grand prix.

In what proved to be a thrilling Q3 on a wet track, Hamilton and Nico Rosberg appeared to have the edge but Ricciardo repeatedly claimed P1 from the two Mercedes drivers.

Hamilton’s last-moment pole position was the 32nd of his career, however it will be Ricciardo’s first front row start. Rosberg had to settle for third while McLaren rookie Kevin Magnussen claimed fourth place ahead of double World Champion Fernando Alonso.

Jenson Button, Kimi Raikkonen and Sebastian Vettel all failed to make it through with Raikkonen’s qualifying ending nose-first in the wall. They finished P11, 12 and 13.

Qualifying 1
It was dry and windy as we headed into the first Q1 of 2014 with the ambient temperature at 26C and the track at 31C. Rain was in the air and so the two Mercedes W05s led off a pack of cars anxious to get a time on the board.
It was slicks for everyone, but the Mercedes were going to try and get through the first session without going for Soft tyres and stuck with the Mediums. Others, like Massa and Bottas, went straight for the Soft tyre, knowing that with the increased durability this year they could get more than one hot lap out of it.
Lewis Hamilton set the first timed lap at 1:31.699, followed by Massa 1:31.549 and then McLaren rookie Kevin Magnussen with a 1:30.949 that included a lurid powerslide. Then something to set the home fans buzzing, Daniel Ricciardo went top with a 1:30.775.
Continuing the theme from testing and early practice, the Lotus cars were struggling to get out of the pits. Nico Rosberg couldn’t match Lewis Hamilton’s earlier time and the skies were getting darker. Significant rain started to fall in the middle of the session and with seven minutes left it became impossible to set a faster time. Sauber sent Gutierrez out on Inters but only to get a balance, as he was firmly in the bottom six cars.
Romain Grosjean managed six laps in his E22 and Pastor Maldonado spun and didn’t set a time, but they were both rooted to the foot of the timesheets. The Lotus cars were the unfamiliar addition to a familiar back-of-the-grid. Out went:
17.Chilton, 18.Bianchi, 19.Gutierrez, 20.Ericsson, 21.Grosjean, 22.Maldonado
It was a great result for Max Chilton to beat his much-fancied team-mate Jules Bianchi over five laps and represented his best ever F1 qualifying. A tenth of a second faster and he would have made it into Q2 at the expense of Caterham’s Kamui Kobayashi.

Qualifying 2
With rain falling consistently it was a case of strapping on Inters, and in Kvyat’s case full wets, for the start of Q2. This time it was both Williams cars at the head of pitlane anxious to get out on track and Bottas immediately had a gravelly expedition at Turn 9 on the way to setting a 1:47.881 which was easily bettered by Felipe Massa with a 1:47.160 and then Nico Rosberg (who this time got out in front of Lewis Hamilton) with a 1:46.708.
Bottas, who had put his Williams into P3 for last year’s Canadian GP in similar conditions, then improved to 1:45.689. Daniel Ricciardo showed that Red Bull’s testing woes hadn’t put a brake on his speed with a 1:45.655, before his time was beaten by El Maestro, Fernando Alonso with a 1:45.034.
Lewis Hamilton bought himself some space before setting a 1:44.662 and going to the top of the timesheets. Nico Hulkenberg looked to be on a comparable time, but managed ‘save of the day’ with his Force India as it showed signs of wanting to veer off track in the slippery conditions.
Certainly with the new harder-to-control machinery it was a case of marshals sweeping up gravel after Q1 thanks to the variety of off-track excursions.
Midway through Q2 Daniel Ricciardo was 2.5 seconds ahead of Sebastian Vettel who was yet to crack the top ten. However conditions were getting drier and it was the usual helter-skelter of falling times on a drying track. Jenson Button went fastest with a 1:44.437, which was beaten by the inevitable Ricciardo with a 1:44.031 (he was now 1st and Vettel 12th). Bottas took over again with a 1:43.852. Kvyat jumped up to P3.
With two minutes left, the bottom seven cars were: 10.Alonso, 11.Magnussen, 12.Raikkonen, 13.Vettel, 14.Perez, 15.Sutil, 16.Kobayashi.
Alonso jumped to P1 with a 1:42.805, beaten yet again by Ricciardo with a 1:42.681, and then Nico Rosberg with a 1:42.262. Sebastian Vettel had slumped to P15 but when Raikkonen speered his Ferrari off track at Turn 4 to a stop, the yellow flags came out and severely limited the ability of the cars behind him to improve.
Button didn’t, while Vettel could only manage P12. Magnussen looked to have escaped that roadblock and jumped up to P5. So out went:
11.Button, 12.Raikkonen, 13.Vettel, 14.Sutil, 15.Kobayashi, 16.Perez.
Despite putting in the same laps as Hulkenberg, Perez was 3.5 seconds slower than his team-mate at Force-India, but the big story was that Vettel, having made it through to Q3 in every round of the championship in 2013 had failed on his first attempt in 2014. The big cheer from the grandstand when he crossed the line won’t have helped soften the blow.

Qualifying 3
With more rain falling toward the end of the Q2 session and in between, it was full wets for everyone except Alonso at the start of Q3. Nico Rosberg set provisional pole with a 1:45.550, Lewis Hamilton slotted into P2, which was then taken by Daniel Ricciardo, who thought it wouldn’t be long till Inters were needed when asked by his engineer. Hamilton then came round again and took provisional pole with a 1:45.335.
After the first runs it was: Hamilton, Rosberg, Ricciardo, Hulkenberg,Vergne, Kvyat, Magnussen, Bottas, Alonso, Massa.
Cars came back to the pits to take on the ‘bite’ of fresh tyres with the Mercedes opting for more full wets and the Red Bull, Ferrari and the Williams of Massa on Inters. Rosberg made a mistake at Turn 9 on his first lap and ruined that attempt to dislodge his team-mate.
Kevin Magnussen jumped up to P3, Daniel Ricciardo sent the crowd wild with a 1:45.314 and P1! It was shortlived because Hamilton delivered a 1:44.762 to snatch it back. Then it was Nico Rosberg’s turn on top with a 1:44.595 before taking the chequered flag.
Western Australian Ricciardo then sent the crowd into a frenxy by heating that with a 1:44.548 -provisional pole by 0.050. Hamilton was still on track, though and came across the line to equal Nigel Mansell’s record of 32 pole positions with a 1:44.231.
It had been an epic qualifying session, with a lot of good news for Renault-engined cars in P2, P6 and P8. Ricciardo’s result was matched by Toro Rosso getting both of their cars into Q3. Rookie Daniil Kvyat hadn’t been fazed by it all (despite a last minute off between Turns 10 and 11), and neither had fellow-rookie Kevin Magnussen in an amazing P4 for McLaren.
Although the race – expected to be dry – is an entirely different prospect, the new era of F1 had started with a fitting curtain-raiser. Despite the rain, the Aussie crowd will be happy to have found their new Mark Webber.
FH