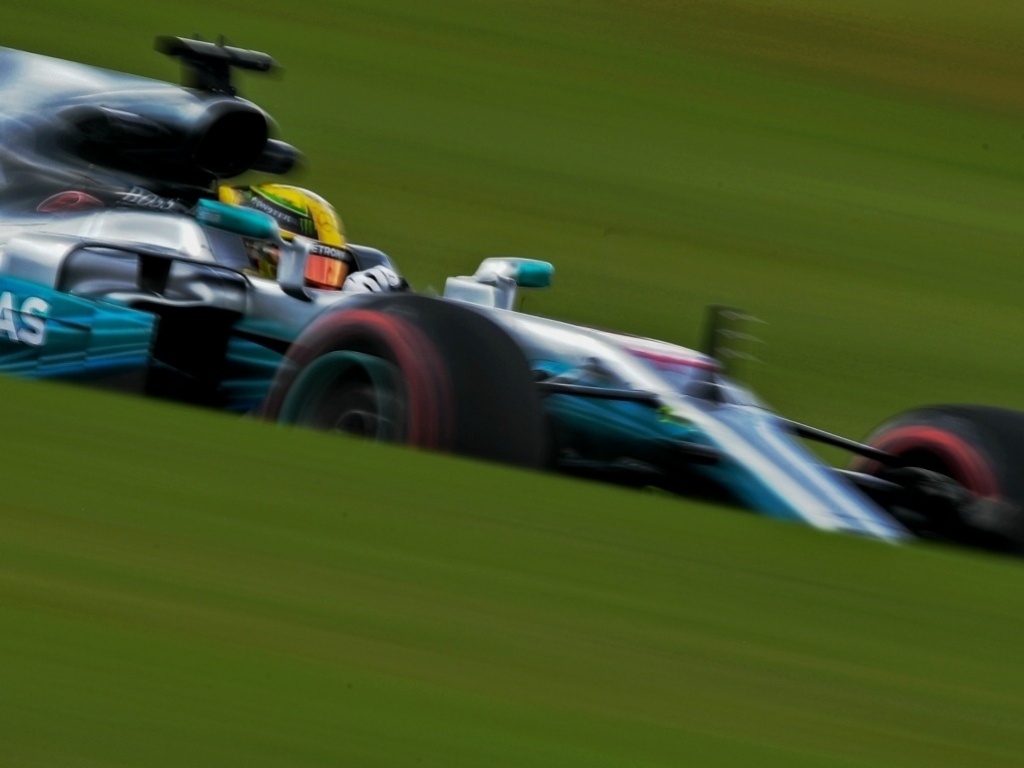 Lewis Hamilton crashed out in Q1, but Valtteri Bottas stepped up for Mercedes to pip Sebastian Vettel to pole position.

Valtteri Bottas: "I feel good. Still a bit shaky but it's a good feeling.It was so close with Sebastian all through the qualifying but I got a good lap at the end. Lewis out in the beginning was a shame for us but I'm glad I could stand up for us and the team. It's really good to start on pole here. We have a good car and it will still be close with Ferrari and I'm looking forward to tomorrow."

Lewis Hamilton: "I’m OK. It happened really quick. It is what it is. Of course it’s unfortunate. I tend to just look at it as challenges are what makes life interesting and overcoming them makes life meaningful. I just need to take whatever bubble of negativity comes from that experience and move forwards and try and grow from it. It’s very unusual from me but it shows we are all human and things happen. I will try to have as much fun as possible tomorrow. Years ago I came from quite far behind and had a great race."

Sebastian Vettel: “We have improved since Friday, and that’s the important thing. I was happy with my car today, but in my last run, I was perhaps a bit too shy in braking for the first corner. I had a better run at the end of my out-lap, so there was probably more grip than I expected there. In the last sector, I knew I could make up for some of the lost time, and I did, but it wasn’t enough. However, it was very close, and we’re usually even closer in race conditions, so my motivation is high for tomorrow and I’ll being aiming for a win."

Kimi Raikkonen: “The feeling with the car was good most of the time but somehow the laps were always a bit tricky, with everybody trying to get their free space. When the tyres switched on well, then everything was easier, but with the traffic in the out-lap it was not always the case. Some sets were feeling better than others purely because of having a bit better out-lap . It was a bit hard to trust them and not get a front lock-up at the first corner. Overall the car itself was nice to drive when the tires worked, so it’s a bit of a shame. It was not the most straightforward qualifying but in the end it was a decent result. I think we did a solid job today, we can consider it a good team result. For sure there was more to get, but the race is tomorrow and it’s going to be long. For the start we’ll try our best, the first corner is quite tight, so we’ll try to make a good start and see what we can get."

Max Verstappen: "I think we maximised the result in Qualifying today but we were just not fast enough. In general the pace has been simply not quite good enough across the whole weekend. I think both Daniel and I have been chasing the car balance and we could never find the full grip and potential. In Qualifying the grip was a little bit better; we lose a lot of time on the straights here but I think there are also one or two tenths we could have found. I never expected to beat Ferrari and Mercedes on this track as it's just not strong for us, but I did expect to be a little closer. For sure I would love some rain in the race, but I don't think it looks like that's going to happen. Maybe I will do some praying tonight! We may need a bit of luck to be honest, but you never know what can happen up front and it can still be an exciting race."

Daniel Ricciardo: "A kind of a mysterious Saturday really. Normally, in past years, Fridays were never good for us and we then improved in Qualifying. But lately the Fridays seemed pretty comfortable and then on Saturday we lose out. I think we were better on the soft tyre in Qualifying today but I'm sure something was up with the last set of supersofts I had in Q3 as I had vibrations as soon as I left the pits. That was a bit frustrating because I didn't really feel I could work with too much out there. We start on the softs so hopefully that helps us tomorrow. I've got to try and charge through the field and I think we'll have a good race car. Lewis is starting behind me so we'll see; if Mercedes is as quick as they have been all weekend I might see if we can get a bumper on the front of Lewis' car and he can push me towards the front."