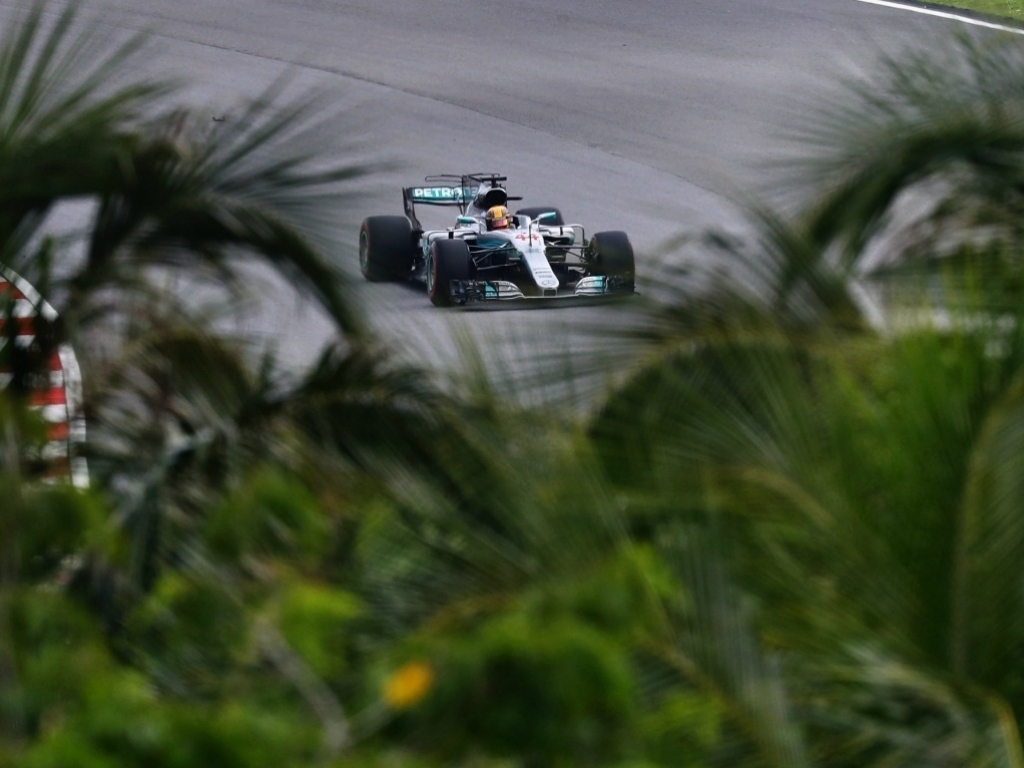 Lewis Hamilton: “We had such a difficult day yesterday; it was difficult to know where we stood. I didn’t sleep very well last night, just like all my engineers, because we didn’t know whether we were going to fix the issue or not. But today we arrived and the car was much better. The Q3 laps, particularly the first one, were very well put together. To be honest, I didn’t really know where it came from. So it’s a bit of a surprise to be on pole, but I’m very grateful. It’s always a special thing when you’re able to extract a little bit more out of the car. That’s what I’ve always enjoyed since my dad would say that my first go-kart was fifth hand. I don’t really know what happened to Sebastian. It’s very unfortunate for him, but of course we have to try to maximise on every opportunity that we get. We still have a very tough race ahead of us, so we will keep our heads down. Today, every time I left the garage or came back in I could see the crowd and all those flags opposite my garage – I’m incredibly grateful for that and get a lot of energy from it.”

Valtteri Bottas: “It’s been a difficult weekend for us and we’ve been quite far behind at times. Compared to yesterday we made a step forward; today was a lot better, but still not good enough for me. Lewis and I did end up with completely different cars in terms of aero package for the qualifying. It seemed to be working for him but not so much for me. Qualifying wasn’t going too bad until the second session. But in qualy three, everyone else could improve quite a bit but I couldn’t. We need to analyse everything, it is too early to say why I couldn’t improve from Q2 to Q3. I’m feeling very disappointed after the qualifying, but tomorrow is a new day. It is going to be a challenge for us; so far, our long run performance has not been great this weekend. But we will try and give it everything we can.”

Kimi Raikkonen: “I think overall, the whole weekend, it’s been pretty straightforward. The car’s been handling well. I think we were quite happy all day, also in qualifying but, y’know, you can always improve here and there. I don’t think you ever going to make an absolutely perfect lap and it’s a bit more painful when you get that close, for sure. There’s places that you improve a little bit and it’s just enough – but it wasn’t today. Obviously was a shame for the team, with Seb’s issue, whatever, not having him in the qualifying – but that’s how it goes sometimes. I think the car’s [inaudible] very well but to try to fix it and then obviously had some problem. It’s a shame for him. Sure he will be good tomorrow. I’m happy but I’d rather have qualified in first place but I think tomorrow is a long race, it’s going to be tough for tyres and I think we should have a very good car tomorrow. I have a good feeling about it.”

Sebastian Vettel: "I lost power, just after sector one, and then limped back. We were planning [to go back out again] but obviously we have live telemetry on the car so as soon as the engine is running we see all the pressures and temperatures etc, and I guess something wasn’t there, we couldn’t fix it, so it made no sense to go back out. We need to see now what was the problem, but we managed to do the change successfully in time. We thought we would be late, but we made it, so the guys did a miracle today. They have worked like crazy today. They fixed it up so quickly. It’s a shame that we couldn’t get out and get it where it belongs from them."

Max Verstappen: “Third in Qualifying is a pretty good birthday present today. The whole weekend I was not fully happy with the car and in the last practice session I didn’t have the perfect balance, but in Qualifying we managed to pull it together and the car was pretty good. To be four or five tenths off pole position on this track and knowing they can turn up their engines in Qualifying means we are doing a good job. I think on the long runs we are a bit more competitive so I’m definitely looking forward to tomorrow. So far on Saturdays I’ve been a happy guy and on Sundays that has changed. Let’s hope it is different tomorrow and I’m sure we can have a good race. I’m also hoping for no sandwiches!”

Daniel Ricciardo: “I did all I could today and I think we both got the most out of the car. We’re half a second from Lewis around here so I think we can be pretty happy with that. It gives us a chance in the race tomorrow even if it’s dry. I would have loved to be on third today, but that half a tenth was actually Max’s birthday gift from me and I wanted to start on fourth really, because that’s where I started last year and I won. This is obviously all planned in my mind. I did a bit of a lift of the throttle just before the finish line, so yeah it’s of course all calculated. I think Seb is probably going to do a rain dance tonight so I might join him, hold hands and light some candles. But honestly, some rain would be interesting for the race, so we can dance tonight, as long as we don’t dance tomorrow. If he gets near me then, we haven’t had a good enough race.”