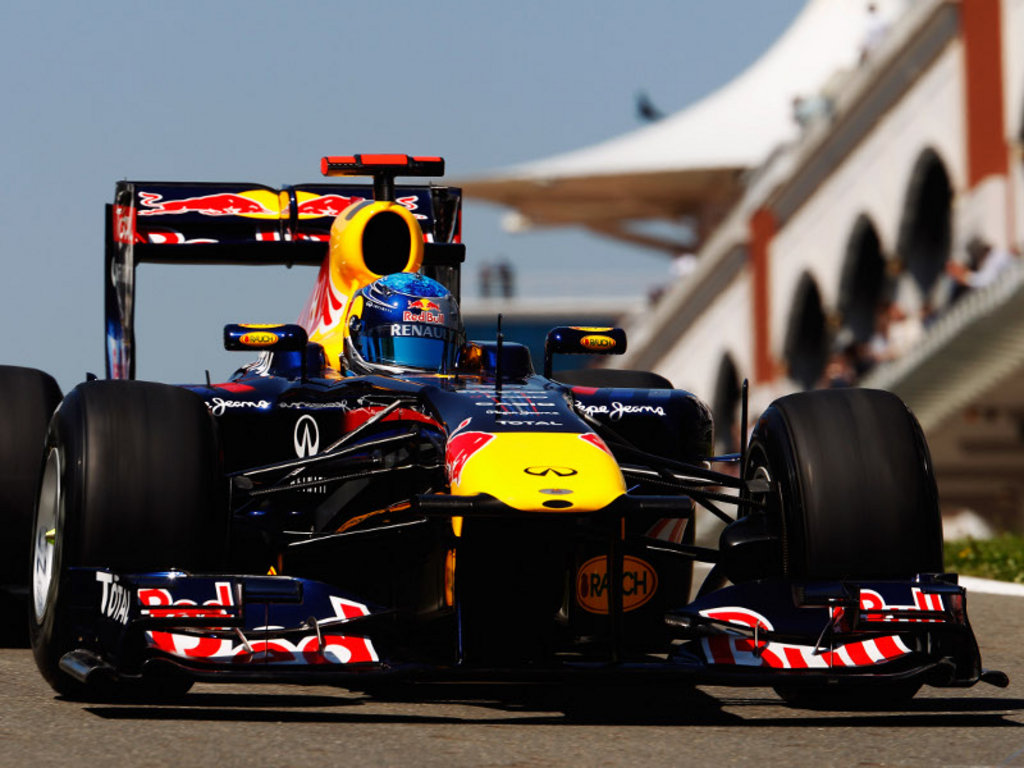 Sebastian Vettel’s advantage over his rivals in qualifying continued in Turkey as the German claimed his fourth pole position of the campaign.

Despite losing valuable track-time on Friday afternoon after crashing his RB7 earlier in the day, the Red Bull driver proved to have measure over his rivals in qualifying. Vettel clocked a 1:25.049 to beat team-mate Mark Webber to the coveted grid slot at the Istanbul Park circuit.

The reigning Champ’s fourth successive pole position from the opening four races of the season was the first time this feat had been achieved since Mika Hakkinen in 1999.

Qualifying 1
Conditions were bright and sunny but not too warm in Istanbul with the ambient temperature at 18C and the track at 37C.

Kamui Kobayashi was heading down the back straight to Turn 12 on his first timed lap when his Sauber lost power and he coasted into the pitlane to be pushed home by the marshals. This meant the Japanese driver was out of the session and it was down to Lotus to put pressure on the P.18 spot by running laps on the softer Option tyre that was worth between 1 and 1.4 seconds a lap.

Michael Schumacher clearly blocked the first of Lewis Hamilton’s hot laps but wasn’t penalised by the stewards. Hamilton’s first lap was really only a sighter before he put in a much faster time. This defines the rules as not applying when the blocked driver can get through the session. What might have been more contentious is if Hamilton had failed to improve on that set of tyres and resorted to use a set of soft tyres to escape Q1 because of Schumacher’s block.

Going into the final four minutes it was all down to the pressure applied by the Lotus team. The order was P.15 Massa, P.16 Maldonado, P.17 Kovalainen, P.18 Di Resta.

Massa had done a 1:28.491 on hard tyres against Kovalainen’s best of 1:29.123, but Ferrari were taking no chances in the political climate they find themselves in. So out Massa went on a precious set of soft Option tyres to set the P1 time of 1:27.013. Kovalainen’s final lap almost beat Felipe’s previous best. The Lotus driver taking P18 with a 1:28.780.

Paul DiResta had already escaped to P9 and Pastor Maldonado to P7, leaving Adrian Sutil on the brink (but safe) in P17 – which he then converted to P7 in the dying seconds of the session.

Everyone except Kobayashi was within the 107% time but Kamui had put in a 1:27 in free practice so would have no problem being eligible for the race. It was yet another great session for Jerome D’Ambrosio beating his more experience Virgin team-mate and for Liuzzi to put his Hispania in amongst the Virgin cars.

Qualifying 2
At the start of the second session Michael Schumacher headed out on hard tyres for an exploratory lap. It would be in this session that we first heard the term “Magic Paddle latch” radioed to the seven times World Champion by his engineer when next he came out.

This, Ross Brawn explained afterwards, was a set of programmed settings activated by the paddle rather than have the driver fiddle with a combination of knobs and buttons on the steering wheel. Further digging established that it related to the rear wing activation system which could be ‘latched’.

Michael set the benchmark P1 time of 1:27.458 on his hard tyres. Mark Webber flew inside of this with a 1:26.075 with Jenson Buton slotting into P2. Sebastian Vettel, undeterred by his lack of Friday running, posted a 1:25.610, almost half a second quicker. Lewis Hamilton slotted in behind him.

Petrov launched himself up into P6 in the wide time gap between Jenson Button and Felipe Massa. Schumacher – with the aid of his magic paddle – elevated himself to P4. Rubens Barrichello and Pastor Maldonado claimed P8 and P11 for Williams. Rosberg shot into P2, while Paul Di Resta’s P10 pushed Felipe Massa into P11.

The Ferrari driver responded immediately taking P7, pushing Button down to P8. Rubens Barrichello looked as though he might make it through to Q3 as he’d predicted until the very last seconds when Nick Heidfeld claimed his P10.

It was a much better qualifying session for Williams, even though both cars were out, while Adrian Sutil will have been relieved at managing to scrape past Paul Di Resta by a tenth of a second.

Qualifying 3
With a premium for saving fresh tyres for the race it was difficult to predict if teams would go for one or two hot laps. Massa, Schumacher, Rosberg and Heidfeld opted for one run. Ultimately Red Bull would join them, but they gave themselves the option for two.

Given the time gaps, both Red Bull drivers decided to leave it at that and see what their rivals could do. Nick Heidfeld crossed the line in P7, Nico Rosberg managed a fantastic P3 on his single run, but a crestfallen Michael Schumacher could only manage P8.

Both Jenson Button and Lewis Hamilton chose to run again but neither improved their P6 or P4 places (Button even going slower) and wasted a set off new tyres in the process. Petrov reclaimed P7 and Felipe Massa stayed in the garage to remain in P10.

Red Bull celebrated four poles out of four in 2011 for Sebastian Vettel with their driver inside the garage for a change. Like last year it will be an all-Red Bull front row with Rosberg in third, Hamilton in fourth and Alonso starting from his familiar fifth place.

With a short run down to the first corner, the Red Bulls should be able to fend off any charges and Rosberg hasn’t had consistently good starts this year – unlike Petrov in seventh place. With both Mclarens on the dirty side of the grid it’s more than likely that the Russian driver could be as high as 4th or 5th by Turn 1 in what everyone is predicting as a three-stop race.
FH