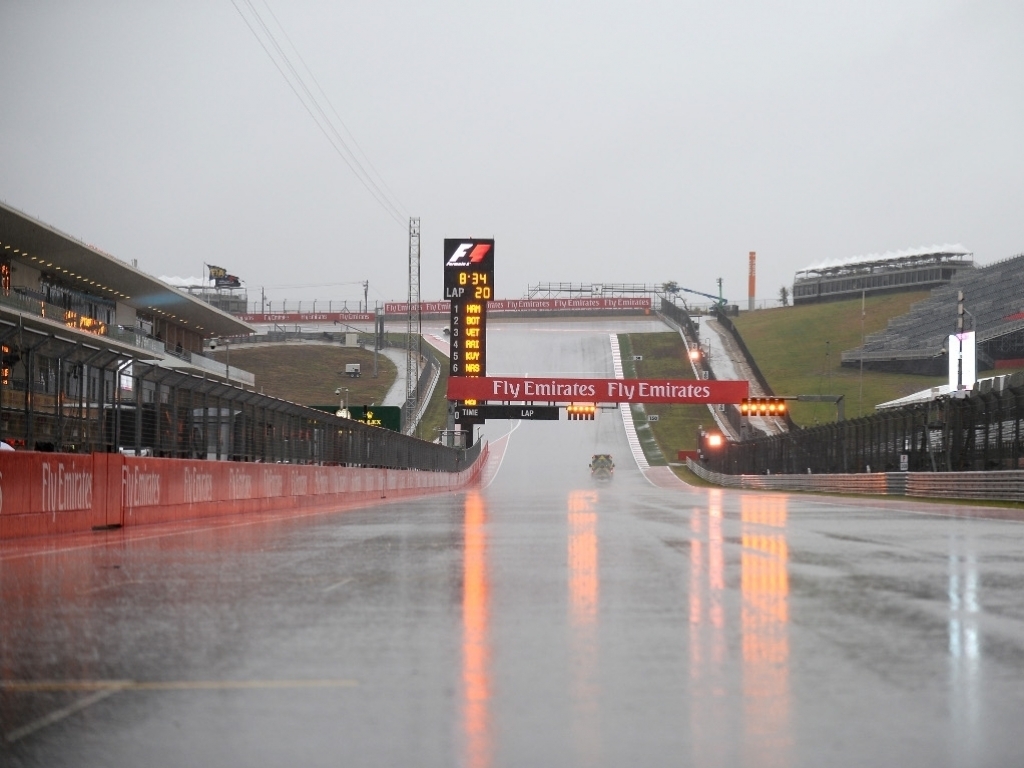 Qualifying for the United States GP will take place on Sunday morning after Saturday’s efforts were a washout.

Torrential rain at the Circuit of the Americans meant race organisers pushed qualifying back by half an hour several times.

With nothing to do Sauber tried to get a Mexican wave going, Williams rowed their boat and a Force India mechanic indulged in a bit of breakdancing for the spectators.

That was only topped by Daniel Ricciardo and Daniil Kvyat getting stuck into a dance routine of their own.

Carlos Sainz and Max Verstappen played dress up with their dads before Toro Rosso got a brief game of bowls going with Red Bull drinks being used as the pins.

Trying to find a way to alleviate the boredom was ultimately the story of F1’s first attempt at qualifying for the 2015 United States GP.

After almost three hours of waiting for the downpour to lessen, FOM finally put an end to the misery.

With no clear break in the weather, Race Control announced that qualifying had been postponed until 9am on Sunday morning.

The race will still go ahead as scheduled at 2pm local time.