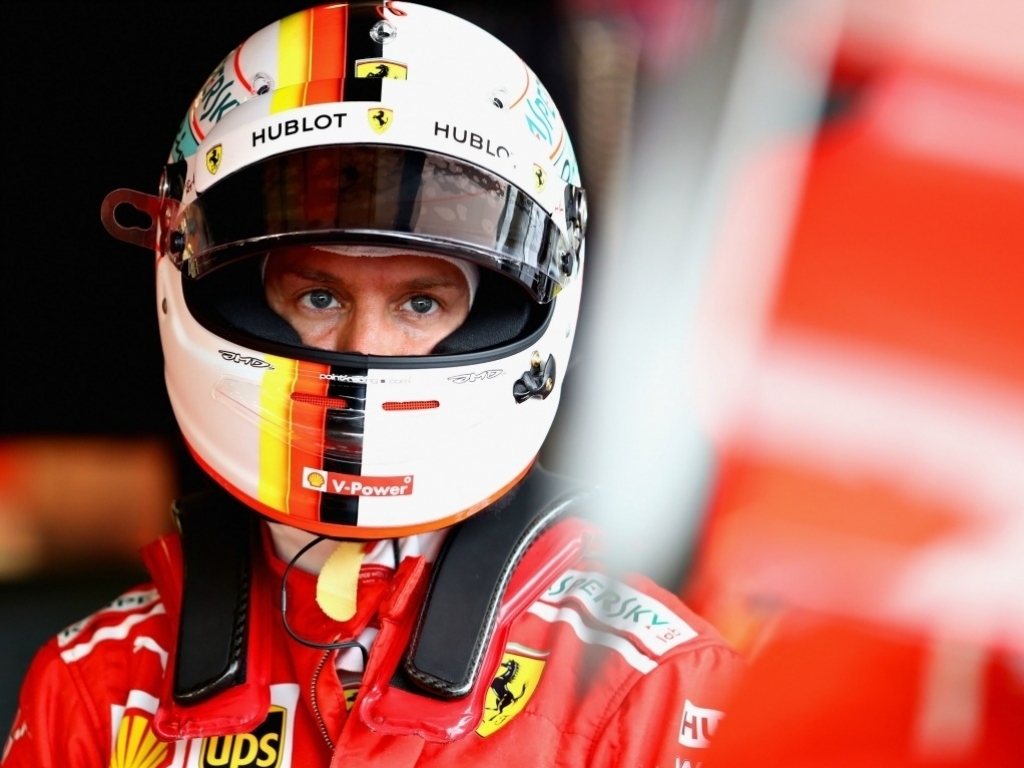 Sebastian Vettel: “I am very happy for this result, but I am a little bit upset with my final lap because I locked up in turn 3. I knew the car was good and in the first two corners I was already one and a half tenth faster than the lap before. Then, maybe, I hit the bump the wrong way a little under braking and I locked up. In the end I made the corner, so I wasn’t that late, but obviously after that, the grip wasn’t the same. It’s a shame because I think I could have been faster, but I am happy anyway. I am sorry for Kimi because we could have both been on the front row. However, we’ll see tomorrow, It’s going to be a long race. I think it is very important to be able to fight for the pole in order to have a good chance during the race. Even if the result has been good these last few Saturdays, there’s still a lot of work for us. We know that the car can be faster. Obviously we have worked hard to get to where we are now, but everybody in the team knows there’s more to do. We have to stay focused and keep pushing. However, I am not afraid for tomorrow and I believe we have good chances.”

Kimi Raikkonen: “In Q3, on my last run I had a lot of speed and the feeling with the car was really good; I knew I had a very good lap going. Entering the last corner I took it very easily because over the weekend the wind has been quite tricky there. But for whatever reason I got a massive snap exiting the corner and went sideways. I was able to get the car back but the lap was gone. I’m pretty sure that without that mistake I would have been in a much better position. It’s very painful and frustrating to mess it up in the last corner like that, I’m very disappointed. Unfortunately with the mistake we are not in a very good position for the race. Today it did not pay off, but tomorrow is another day and we’ll do our best.”

Lewis Hamilton: "We weren't quite quick enough today to beat Ferrari today, but it was super close. No athlete can be satisfied with second, but it's nice to be back up on the front row after an exciting session. The team did a great job overnight to make a step forward after what was a tricky Friday. On our long runs we've been down, losing out in the middle sector, and the Ferraris have been quite a bit quicker than us, so we've still got a bit more ground to make up yet, but it's great to be there in the fight. We worked hard to get the car in a better place, so we need to maximise the result now tomorrow. Let's try and make some trouble for Ferrari. It's definitely going to be another interesting race."

Valtteri Bottas: "It's never positive to be third, but after yesterday this is a good result. The team did a great job with the set-up of the car. It felt completely different compared to yesterday; we could really trust it which allowed us to fight for the first and second row. It felt like I never did a perfect lap today and I doubt that anyone else did; it's just extremely difficult around the track. For the race, we're in a good position as a team. Having both cars next to each other for the race start gives us a few opportunities and we can play with tactics. It's difficult to say how the wind tomorrow is going to affect the race, especially with all the buildings around. It should be an interesting race. We expect it to be very close tomorrow between three teams, so everything is possible."

Daniel Ricciardo: “I’m happy with the second row on the grid but it wasn’t a totally smooth day. This morning we didn’t get a go on our second set of ultrasoft tyres because of the red and yellow flags. In Qualifying, Q2 was very close on the supersofts, we had a couple of yellow flags and it was looking a bit hairy but we just made it through. In Q3 on the first run I kissed the wall and then on the last lap I had to make it clean and fortunately clean was fast enough for the second row. It’s always tough on street circuits like this, you have to be on the limit to be fast but point five of a percent inside of the limit. Just finding that balance isn’t easy but I’ve felt good all weekend and obviously have good momentum from here last year and China, so we will race hard and hopefully get back on the podium. I’m looking forward to a good street fight tomorrow (laughs). I believe the top five start on supersofts and we’re all trying to avoid the ultrasoft on high fuel due to the graining in colder conditions, so that strategy makes sense for us. I’m also going to eat lots tonight to make sure I don’t blow away in the wind tomorrow as it looks like it’s going to be pretty crazy out there!”

Max Verstappen: “Qualifying today was ok; nothing special but we are also not too far away. We were in reach but of course we know that in Qualifying they turn up their engines, but in general not bad and I think we have a good chance to fight tomorrow. On the last run we were waiting to try and get a tow. I think that cost us a bit because I was waiting in the garage with the heaters already off and couldn’t get heat in the tyres like I wanted to. With the tyres the ultrasoft is not that easy but we qualified on the supersoft so hopefully that will give us a longer first stint. The top five cars are on the supersofts so I don’t think it will offer much except we can extend the stint for longer compared to Kimi who is on the ultra, but we’ll find out. The wind was very tricky today and is forecast to be even stronger tomorrow for the race, so we’ll have to see what that does. Aerodynamics are very sensitive to wind, it’s the same as in a plane, you can fly fast in one direction and can go faster in the other direction. The cars are very sensitive to that, we had some struggles in the corners, and the more downforce you have the more tricky the wind can be. We are still in a good position to fight from and many things are possible on this track.”