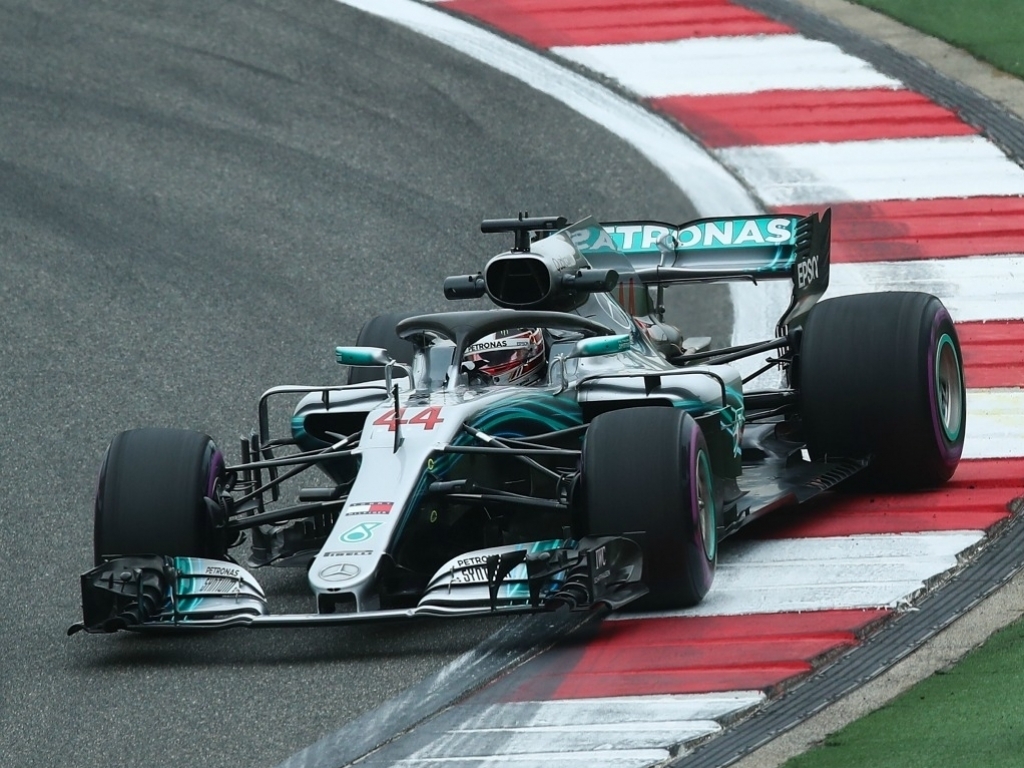 Sebastian Vettel: “It’s been a great result and I am really happy for the team. Today the car was amazing and it was great fighting for the front row with both cars on our own. It was very windy and not easy to get the right feeling. However, when the car is quick and works, you get a lot of confidence and that helps. We didn’t expect to be so strong compared to our competition. We made some small changes today on our car, but it was pretty good yesterday already. I made some mistakes during my first lap in turn three and six, where I had oversteer. The tyres here are very sensitive, so I knew that if I kept it clean, then the final part of the lap would be better. I didn’t know what the others were doing, but I was quite sure about getting the pole because I think I was one of the last cars and so could profit from track evolution. Tomorrow the weather should be sunny, which makes the asphalt hotter. We’ll see how it works, but I think we’ll be very close.”

Kimi Raikkonen: “We have been pretty happy with the way things have been so far this weekend. Qualifying today was pretty close; we had two good laps, but unfortunately I lost some speed in the last sector and couldn’t improve. Obviously I wanted more, but tomorrow is another day. We ‘ll start the race with the soft tyres and our rivals start with the same compound: that will be slightly different compared to the other cars and I think it will be better like this. We did what we think is the best for us and is supposed to give us the best result in the end. Our aim is to win, first of all we need to do a good job tomorrow and take the most out of it. I think we have been ok in all the races so far; we have been extracting more out of the car and learning more about it. We have been pretty consistent and happy with things, obviously we need to improve here and there but that’s a normal and never ending process.”

Valtteri Bottas: "We came here thinking we'd be fighting for pole position but unfortunately that was out of reach. It was a pretty straightforward qualifying and it felt like I got everything out of the car. Maybe we didn't get the tyres absolutely perfect for the lap but I don't think it would have been enough for us to beat the Ferraris. That's particularly disappointing because the gap to them is quite big. We definitely have work to do but tomorrow is a different day. Today it was really windy and cold, tomorrow it should be nice and sunny. We've been looking better on the harder compounds and we will start the race on the Soft, so maybe we can use that to our advantage. It's a long race ahead and, as we saw last weekend, it will be close. On paper, this track is easier for overtaking than Bahrain, so hopefully tomorrow we can make up for what we lost today."

Lewis Hamilton: "It's been a difficult day. We started the weekend positively in practice, but the car went away from us today, the pace just wasn't there. Ferrari have definitely improved over the weekend – maybe they didn't quite show their true pace yesterday – but today they were rapid. We were half a second behind them in qualifying, which is why I boxed on my final lap because I knew I couldn't match their pace. It's not going to be easy to beat Kimi and Sebastian tomorrow, they're the quickest on the straights too, so overtaking will be tough. We start fourth and I'm gonna have to fight from there. It should be hotter tomorrow, which could turn everything on its head. We'll keep our heads up and keep pushing. The fans here in China have been amazing, I hope they know I'll do everything to fight for them tomorrow."

Max Verstappen: “We achieved a good car balance and feeling today so I don’t think we could have done too much more, I would say fifth on the grid is quite realistic and where we should have been. I don’t feel like we got the maximum out of the engine in Q3, I think there would have been some time to find if we had. We are losing time on both of the straights which is hard to make up in other areas of the track, we knew the corners would be important but it was not enough to make up the difference. In general it was not a bad Qualifying, Ferrari were very fast but we were not that far off Mercedes at the end. In the race they can’t use these engine modes so, based on the long run pace, we can be a lot closer to the guys in front. We have a different strategy, it may be a one stop or possibly a two stop race and depending on temperatures and degradation things can change. Hopefully we’ll have a clean start and then we’ll have to see if we can get up the field and secure a podium.”

Daniel Ricciardo: “I’m happy to have got out in Qualifying and I want to thank the mechanics for doing such a great job. I think they have broken their own record for an engine change several times and they did it again today. It got to 2pm and the guys were saying get ready, but we didn’t think it was going to happen. I didn’t expect to get out but I was ready to go and excited when I did. What happened this morning wasn’t the mechanics’ fault but they had all the pressure to put the new engine in the car in time and they did very well. In the end it’s relatively close, we’re at the tail end of the top six which isn’t ideal, but I think with all things considered it wasn’t a bad afternoon and I’m just thankful that the team were able to get me out there. I think they all start on softs in front of us tomorrow and from what I understand myself and Max will start on ultrasofts, so strategy will definitely play a big part and hopefully it can help get us up on the podium.”