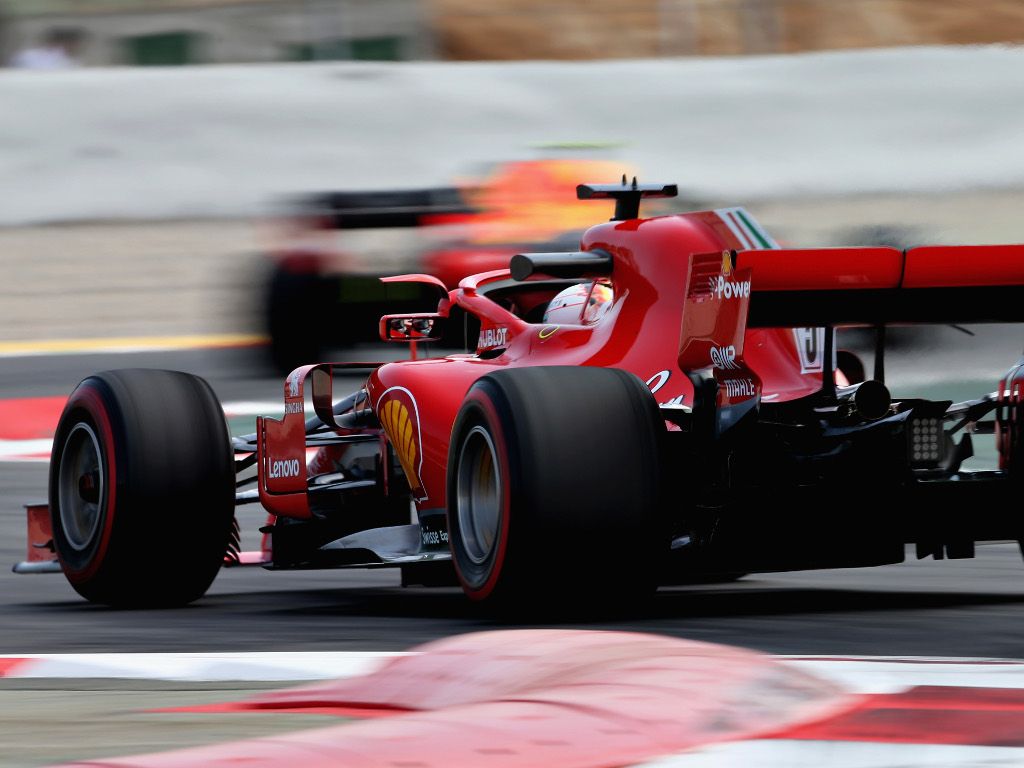 It was a return to form for Mercedes in qualifying at the Circuit de Catalunya. Ferrari on the second row and Red Bull settle for the third row.

Lewis Hamilton: “I needed this pole. I’ve not had pole for a while. It was very close but I’m very happy. I was trying to go for it in every sector. It’s important for me to get back into a good position in qualifying, it’s usually a strength of mine. The team have been working so hard, so a huge thank you to everyone. It was a very close qualifying. Ferrari looked to be sandbagging because they could. It took everything to get this result. To get a one-two in qualifying is fantastic for the team. We’ve got a lot of work to do for tomorrow, it’ll be a tough race, but it’s a good way to start the weekend.”

Valtteri Bottas: “It was so close today, like it has been all weekend. Good fun. I ruined my first run in Q3 so I only had one chance in the last run, so it was a decent lap. It is a shame it is only four hundreds of a second, but the race is tomorrow. I think the last run in Q3 was fine, there were no mistakes, so there was not much left. I managed to put the lap together an it was extremely close, like all weekend. Lewis had a very good qualifying and, for us, as Lewis said, it’s a perfect result for us and hopefully we can continue like this tomorrow. Going into today we saw that the gaps between the different tyres, with these new tyres and the new surface were very small. We saw that in testing and we saw it both yesterday and today. We though the Super Soft was the better tyre for us and it worked, bit it was still marginal the gains we made.”

Sebastian Vettel: “Overall, I think it was a smooth session. The car was fine and we didn’t have much to do. We were quite ok this morning, trying to find the right direction. It was straightforward in qualifying and then in Q3 during my first run I locked up a little bit in Turn 1, so my first sector was already slow. I tried to recover and fight for pole, but it was not enough. I didn’t have a great feeling on the tires, which have been different the whole weekend. Even if they look the same, they are harder. However, it’s the same for everyone. Obviously, I am not entirely happy, but we expected Mercedes to be very strong here. P3 is not a bad place to start from. Tomorrow we’ll focus on the start first, and then we’ll see. It will be a long race and the tires will be challenging, too. Even if the start doesn’t go in our favor, I think we always have a strong car to keep fighting. I think tomorrow it will be an interesting race and we’ll be close; the same as happened in the last couple of races. I’m looking forward to the Spanish Grand Prix and hope the people will enjoy it.”

Kimi Raikkonen: “It was a tricky qualifying, not the ideal one”, was Kimi’s comment. “In Q3, on my first attempt with the Supersofts, I made a mistake in turn 1 and went wide; obviously this affected my lap. At that point, I was in a position where I had nothing to lose, so we decided to try something else. The Soft tires felt pretty good in Q2 so we decided to use them in my last run. In the end we managed to do a decent job, but obviously we are not satisfied with the result. It’s difficult to predict what will happen in the race and it’s a bit of an unknown for me, considering I couldn’t do the long runs yesterday. We’ll try to make a good start and see how the race pans out.”

Max Verstappen:“We all know in Qualifying the others turn up their engines so we just have to try and keep as close as we can. You have to consider that from turn one to turn four is flat out now, also turn seven to turn ten. It is like having two more straights out there so relies even more on the engine power. We still have a good chance in the race as long runs look good, it is just a shame to be this far off on Saturdays. The updates have made a difference which is a positive and shows we are heading in the right direction. I had a moment in turn one on my last run which meant I couldn’t finish it, I lost the rear and therefore ruined the lap. I think that lap could have been our best time but we still wouldn’t have made the top three, perhaps fourth was achievable but fifth is not too bad. The conditions were very tricky out there, the track was unpredictable and it was unclear which tyre to go with. The supersoft and the soft are really close to each other in terms of performance so it’s hard to choose a direction in Qualifying. Soft looks like the quicker tyre ahead of tomorrow over distance. This isn’t usually a strong track for overtaking so maybe it will come down to the pit stops, or a bit of rain could mix it up. We will try our best.”

Daniel Ricciardo: “I really think we got the most out of the car this afternoon. I tried both the soft and supersoft tyre in Q3 but we have been more comfortable on the soft all weekend. At the start of Q3 I did a pretty good time on the supersoft, but for me I didn’t think we could go quicker on that tyre, so I wanted to try the soft again. I went a bit quicker on the soft but not enough to make up any positions. It was strange, I think the colours are different, but the tyres are pretty much the same. I’m glad I tried both compounds, because if I did both runs on the super I probably would have wondered what the soft could have done, so I think we did everything we could. With the laps we put in I thought we would be more like a couple of tenths from pole, not six or seven, as our car didn’t feel too bad which is a little frustrating. We are always a bit more comfortable on the long runs, so I would hope that our race pace tomorrow is better and we can challenge the four cars in front.”