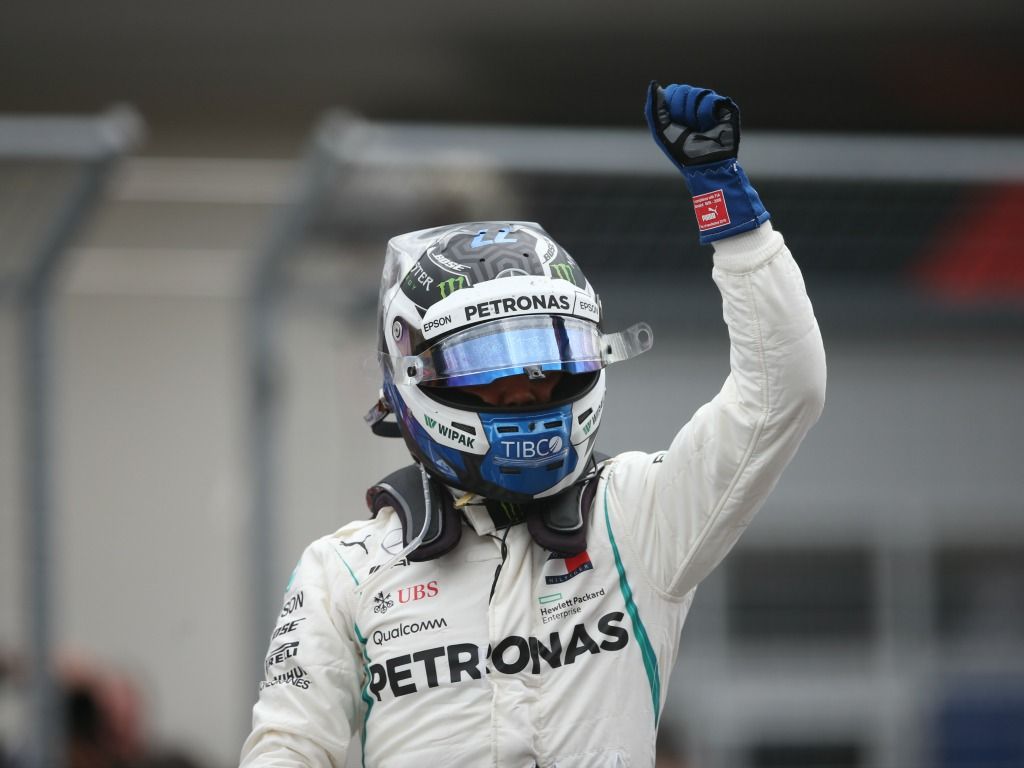 Mercedes locked out the front row, while Sebastian Vettel was given a three-place grid penalty for blocking. Daniel Ricciardo starts from P7, behind a Haas.

Valtteri Bottas: “It feels really good to get my first pole position of the season. I like this track a lot; last year I had a good weekend here and this year the weekend has started well again. It’s a tricky circuit; there are only seven real corners on this track, but you can get them wrong very easily and lose a lot of time. For me it helped a lot that my first lap in Q3 was really good, so I could build on that in the second run. I will look at the data in detail to see where there is further room for improvement. The car felt really well-balanced today, so I can’t imagine why it wouldn’t feel that way tomorrow. We have had very mixed races lately, so I hope that I can get a good start and fight for the win. We have shown that we are quick here and have a really strong package, so we need a nice, clean race to turn our qualifying result into points. It’s nice to have a good result, but this was only qualifying, and it’s the race that counts.”

Lewis Hamilton: “This is a great result for the team, I’m really happy for us to have a one-two. Congratulations to Valtteri, he did a better job today. He went a completely different way with the set-up and maybe in hindsight I should have gone that direction as well. I’m really grateful for all the hard work from everyone at the factory, they’ve helped us to improve the car, move forward and lock out the front row – it’s quite a privilege to be in that position. You can’t really follow here, so there usually isn’t a lot of overtaking but we will see if the three DRS zones will make a difference. Ferrari will start on the UltraSoft tyres whereas Red Bull and us will start on the SuperSofts so that will be interesting. There is a bit of a performance difference between those tyres, so keeping Sebastian behind at the start will be difficult, but I will give it everything I could. It’s going to be close tomorrow, but we’re in a good position for the race.”

Kimi Raikkonen: “Obviously, it’s not the ideal result, but it’s a rather decent one. It has been a pretty straightforward and consistent day. I struggled a little bit with understeer in the last few corners to get the car to turn and carry the speed into the corner, but apart from that it was ok. For sure there are always things to improve and you can always go faster; today we did our best, but it was not enough. Tomorrow is a different day, we know that sometimes qualifying is different from the race. We’ll start on different tires to our competitors, so it will be interesting to see how it pans out. This is quite a special circuit, lap time is very short so we expect everybody to be very close. As for overtaking, it’s supposed to be easier with an additional DRS zone. Let’s hope we have a stronger day on Sunday.”

Sebastian Vettel: “I’m sorry for Carlos, it was never my intention to ruin his lap. You can’t see well straight back in the mirrors, with the rear wing and everything, and this time I was not told that he was coming. As for my qualifying, I think I had another tenth in my pocket today, but probably not enough to become a threat. In my first run in Q3 I knew I had to ramp it up, so I pushed very hard and made a small mistake that turned into a big snap, so I tried to recover concentration for my last attempt, which is always difficult, and probably held something back a little bit. Now let’s focus on the race tomorrow.”

Max Verstappen: “The car felt a bit better today, in Q1 and Q2 it felt quicker but we just didn’t make the step needed in Q3. All weekend we have been chasing the balance of the car so this means we are not as close as we would like. This not only effects Qualifying but also our long run pace. We have it in a better window than yesterday so hopefully we can gain a bit more for tomorrow. We were down on speed on the straight even though I was running minimal downforce. I think there was a little gain from the engine mode we now have but nothing really obvious and I need to go away and look into the data to see how much we gained. I don’t think it is fully optimised yet so hopefully there is more to come. In Q3 there was a bit of confusion between Daniel and myself. Last weekend I was ahead in the session and this weekend Daniel was ahead, that is the pre-planned strategy race by race so I kept to that. They asked me to overtake him but as I said, the plan was to remain behind so I stuck to it. As we managed to get three runs in it meant it was quite a rushed Q3 but at the end of the day I followed the plan. It looks like the step Mercedes made in Paul Ricard has put them a little bit further ahead, we will have better tracks for us to come which I’m sure will mean we are closer to them and will be able to compete.”

Daniel Ricciardo: “That wasn’t my best Qualifying, that’s for sure. In the heat of the moment I felt like I could have been treated more fairly, but I’ve had a few discussions since with Christian and my engineer and I can see the full picture now. I spoke a little bit with my engineer about it before Qualifying but I guess as a team it wasn’t discussed. From the team’s point of view once we got into Qualifying and Q3 and they saw us playing cat and mouse they probably thought, what is going on and this is not what we talked about. In my mind in the car, it was obvious that I wanted a run where I was getting a tow instead of giving a tow. Maybe if we had talked it over beforehand we could have done it differently. For that last run I thought I would get a chance to get a tow, but I guess by that point I didn’t want to push the air again and Max didn’t want to give me a tow. From his point of view we didn’t talk about it beforehand, so he thought, I’m staying where I am. The competitor in both of us is not wanting to give an inch. I’m not mad at Max for that but in the heat of the moment I was frustrated. Your teammate is the first guy you want to beat so everyone is out there for themselves and everyone knows that. We have a policy where we alternate who leaves the garage first race by race. Luck of the draw this week meant I was out of the garage first, but I was hoping I wouldn’t have to do it for every run. We haven’t been that quick here anyway and we are losing more on the straights than we thought, so when I could see I was even losing to myself on the straights, I was just thinking how am I going to be up there in Qualifying. In Q3 the balance was actually pretty good and in the high speed we are at the limit of the grip, but we just don’t have a fast package on this track. There are no points for Qualifying so let’s see what we can do tomorrow in the race.”