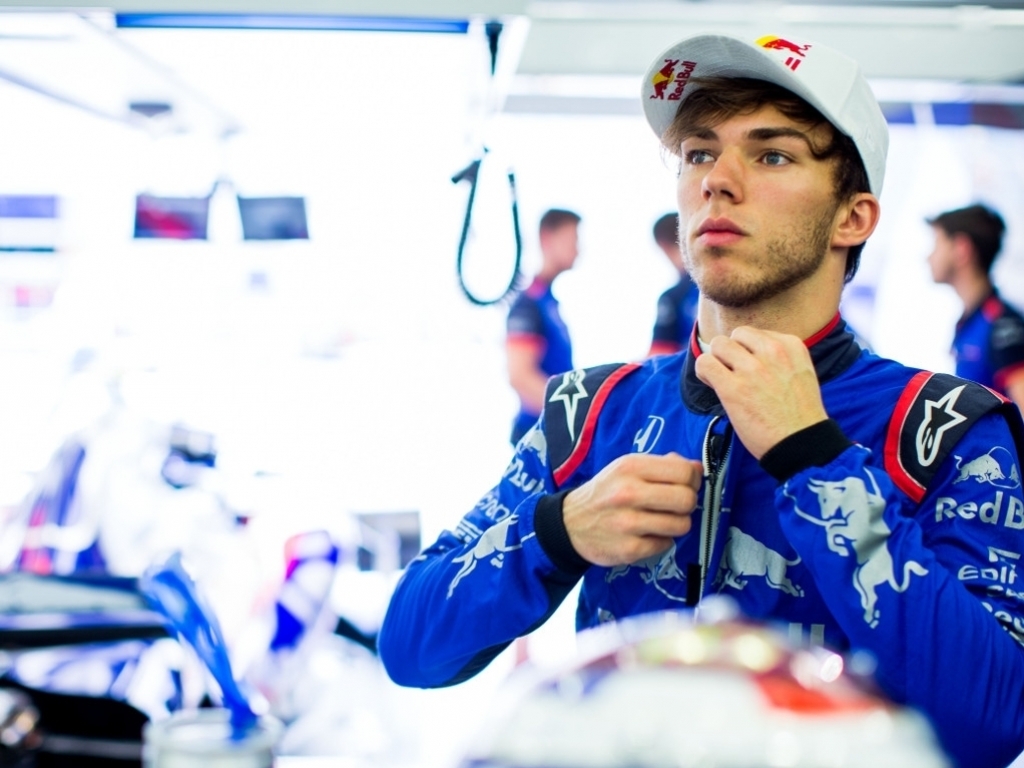 Pierre Gasly, Kevin Magnussen, both Renault drivers, and Esteban Ocon all qualified inside the top ten in Bahrain.

Toro Rosso:
Pierre Gasly: “My best qualifying in Formula 1! It’s been an amazing day…the team has been working very hard since the beginning of the weekend and it’s good to see this effort repaid. I felt really good in the car so I’m very happy. Since the first lap in FP1 I felt we were pretty fast, but we knew we had to put everything together to get into Q3 and we made it! It’s pretty mega! Hopefully I can get the best start possible tomorrow – we saw in FP2 that our long run pace was good so let’s see! Of course we expect the front runners like Hamilton and Verstappen to come back quickly, but I think we will be in the fight with Renault and Haas hopefully, so we need to work really hard tonight and make sure we have a car as fast as today and aim to score good points in the race.”

Brendon Hartley: “There’s a bit of déjà vu from Melbourne, I just missed out on Q2 there, and in Bahrain I just missed out on Q3! We’ve definitely taken a step in the right direction as yesterday we were really on the back foot from our side of the garage. The team brought an update here which was actually worth a large amount of time. It’s an amazing job from Toro Rosso to bring so much performance from the aero side to the track. I only got the new package for the first time today so I was a bit behind the eight ball but, at the end, I was very close to Q3 that I have to be happy anyway – I think everyone’s done a great job. Unfortunately, I used three sets of tyres in the first part of qualifying – with hitting the bird and breaking my front wing. I don’t know how the bird is, but my front wing was destroyed! It was really close today…it’s a shame I made a small mistake on the last corner!”

Haas:
Kevin Magnussen: “It went well and I’m very happy with today. The tires here have been really difficult to switch on. You either don’t switch them on or you overheat them. It’s a very narrow window. To get that sorted for qualifying and find a good rhythm all the way through the session consistently – it felt good. I’m happy. It’s a little bit annoying to see one car ahead by one-, two-hundredths of a second. You could always find a little more, but then so could they. I think we got everything out of it today. Our race pace still isn’t a given, but it’s looking good. It wasn’t bad on Friday, so we’re positive, but we’re also aware those tires are pretty tricky, so we need to get them in the window, then we’ll be fine.”

Romain Grosjean: “I don’t really know what happened. We had a very difficult out lap with a lot of traffic and just no grip. There’s not much to say except that I had very little grip and couldn’t do any better. We need to understand that, but I’m disappointed. We made a lot of changes last night, so I’m hoping that will pay off for our race pace tomorrow.”

Renault:
Nico Hulkenberg: “I would prefer to be fifth, but in Q3 things seemed to slip from our hands a little. My Q2 lap was wonderful, it was as good as it was going to get, but in Q3 it didn’t feel quite there. I couldn’t repeat the lap time otherwise we’d be in fifth. I think we’ll start seventh and we have every chance for a good result from there tomorrow. Our race-pace was similar to our rivals, but our target is to beat them.”

Carlos Sainz: “I’ve been chasing car balance the whole weekend and I wasn’t fully comfortable with the car during qualifying, finding it difficult to put a perfect lap together tonight. However, I’ve been happier with the long runs and there are a lot more possibilities during the race, especially with the tyre degradation that we’ve seen at the moment. That opens up a lot more windows so we’ll be ready for it. I’m convinced we can move up the grid tomorrow and have a good one.”

Force India:
Esteban Ocon: “I’m feeling pretty pleased with our performance tonight. We are back in Q3 after a huge effort by the team over the last two weeks. We did a huge amount of work yesterday – testing, learning and understanding things on the car – and we can already see the improvement compared to Melbourne. It’s a good sign for the future and it shows the strength of this team even when we are under pressure. The car felt strong tonight and I think we are in good shape for tomorrow. Points are the target and we have good straight-line speed and decent race pace.”

Sergio Perez: “I am happy with what we achieved today. We made some good progress and we turned out to be closer to the front of the midfield than I thought we would be. I missed out on making Q3 by a very small margin, but it’s not too bad to be starting from P12. Grid position is not as important here as in other places so there is still plenty to fight for tomorrow. I think we can score some points and it’s definitely a big opportunity for us. It’s going to be a long race and I think tyre management will be very important so hopefully that will play to our advantage.”