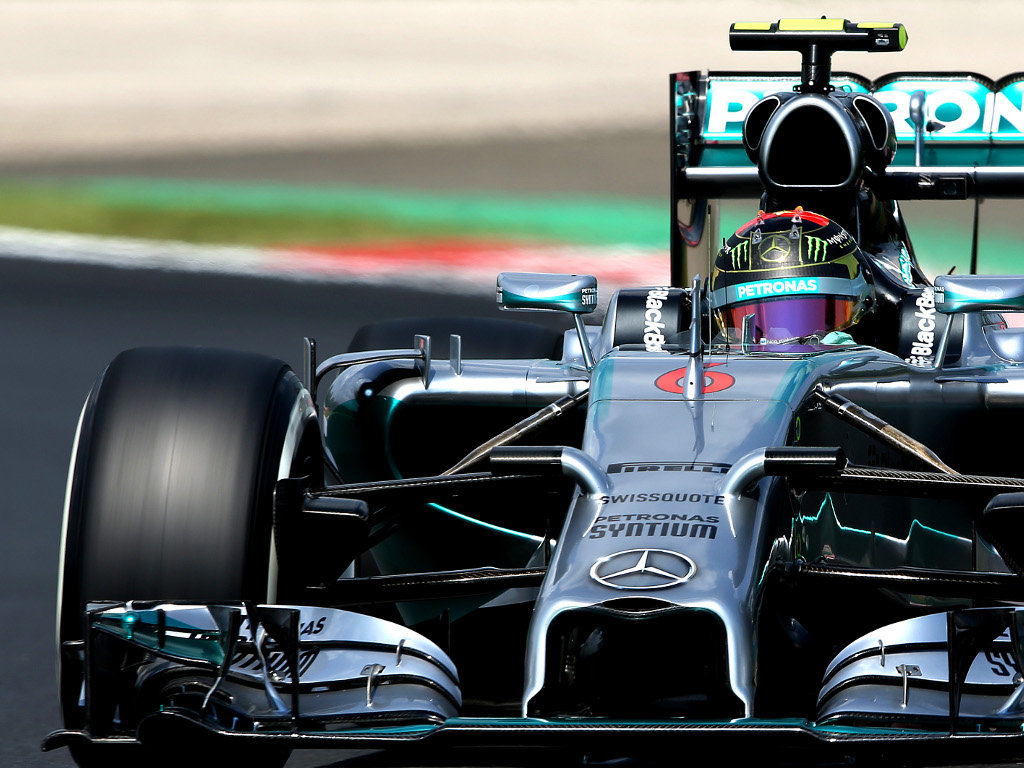 For the second successive Saturday there were contrasting fortunes at Mercedes as while Nico Rosberg claimed pole, Lewis Hamilton made a fiery exit to Q1.

Hamilton dominated the proceeding practice sessions, quickest in all three. However, on his first run in Q1 at the Hungaroring his W05 caught fire with the back end quickly engulfed in flames.

Hamilton tried to pull over where there were marshals with fire extinguishers but he rode past telling his team that the “car won’t stop.”

He finally came to a halt and jumped out but the damage was already done. His qualifying was over without a time on the board.

Although he finished P21 given that Pastor Maldonado’s E22 broke down minutes before, Hamilton will start P22 as his car is in need of a new gearbox.

With the Championship chaser once again out of the running, Rosberg was left to romp to pole position.

That story line, though, was almost undone as the rain came down, resulting in Rosberg, first in the queue, running wide at Turn 1.

Seconds later Kevin Magnussen lost it completely and buried his McLaren in the tyre barrier at the same corner.

The red flags were brought out with 9:59 on the clock.

The action resumed on a drying track with everyone opting for the slick tyres. In those conditions there was no stopping Rosberg who took the P1 slot with a 1:22.715.

Sebastian Vettel joined him on the front row of the grid, his third front row start for this season, as he was 0.486s off the pace.

Valtteri Bottas brought his RB10 home in third place, a further two-tenths down, while Daniel Ricciardo was fourth ahead of Fernando Alonso and Felipe Massa.

There was drama at Ferrari in Q1 when Kimi Raikkonen sat in the pits in the final few minutes of the session.

Dropping down the order, he remained stationary and – as the chequered flag fell – was knocked out by none other than Ferrari junior driver Jules Bianchi in a Ferrari-powered Marussia. He qualified P17.