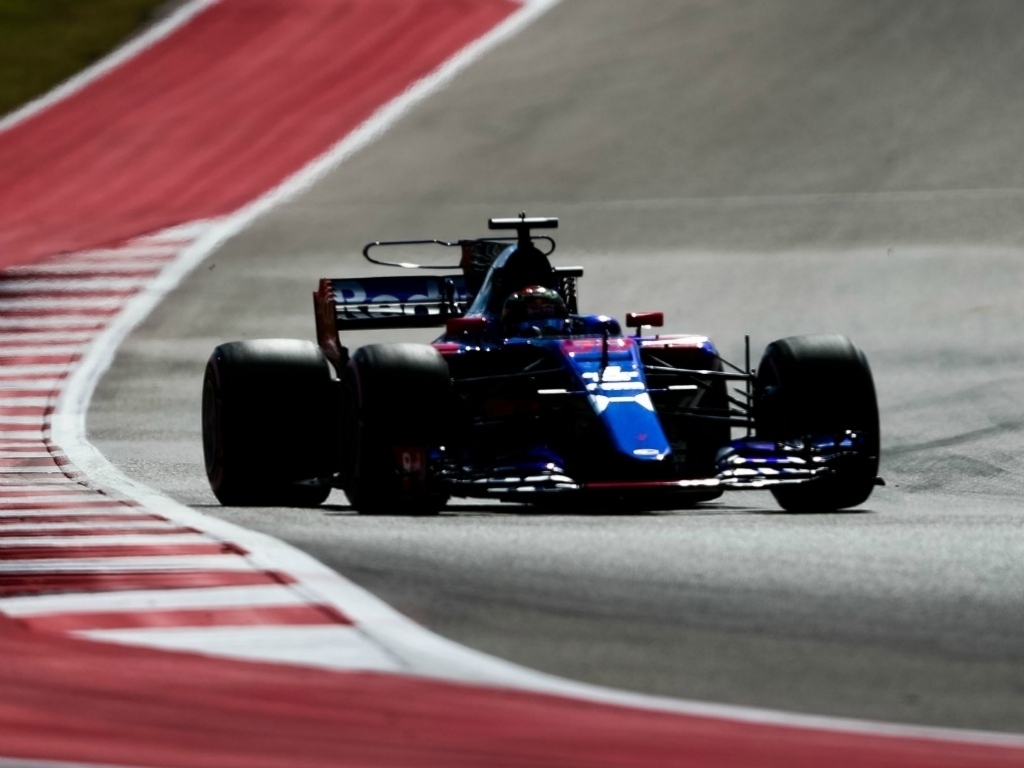 Daniil Kvyat (P12): "I'm very pleased with today's qualifying. We did a good job with the limited information we had and set the car up well after missing out on a lot of this morning's FP3 – I think we reached the limit of the car with my last Quali lap, so we can be happy – the engineers did a fantastic job! I feel good in the car and we'll try and turn today's P12 into points tomorrow. Anything can happen in the race so we will just need to stay cool, look after the tyres, keep the strategy open and give it our all!"

Brendon Hartley (P18): A difficult qualifying session – still a lot to learn! – but I'm smiling! These cars are incredibly fast and awesome to drive and when you go out on low fuel and new tyres it's such a peak in performance! I didn't quite nail the session, but I can't forget that I've been thrown in the deep end here, so I'm pretty satisfied with how the weekend has gone so far. My long-run pace is pretty good – I guess that's what I know how to do well anyway from endurance racing! I feel quite confident managing tyres, so I'm looking forward to the race tomorrow. I haven't done a standing start in a long time, but hopefully I can manage a clean start and see what we can do after that. I'm really enjoying my Formula 1 debut! There'll be a few butterflies in my stomach tomorrow for sure, but I've been pretty relaxed all weekend – I'm trying to tell myself it's just another race, even though I know it's obviously not…it's really my F1 debut! But I'll sleep well tonight and push as hard as I can. I'm excited to see how far we can move up the grid tomorrow!"

Romain Grosjean (P14): "It's been a tough weekend up to qualifying. I hadn't run any ultrasofts before qualifying. Yesterday we broke a part on a quali run, and today I spun in FP3 before I could try them. The incident with Lance Stroll (unnecessarily impeding another driver) was unexpected, and pretty close. I was lucky not to spin on the grass, which would've been a disaster. It would've been the end of qualifying. We went through to Q2, which was good as it was the maximum we had in the car. We pushed really hard and closed the gap from seven tenths to two tenths to the guys in front, but we still haven't really been performing well this weekend. I think it's more tire related, and that's where we've got such a strong swing of performance. We need to get on top of that. Hopefully, we can give the fans something special for tomorrow."

Kevin Magnussen (P20): "Something wasn't right. I mean, we haven't had it right all weekend, but suddenly I didn't have any grip at all and I have no idea why. I don't have any answers for why I was the slowest car on track. It's very disappointing. It felt like the tires weren't even new. It felt like a used set – it was new, but the feeling was very bad. And then, of course, I got in the way of Sergio (Perez). He was on an out lap and I didn't let him through, so I can understand if he's pretty angry with that, but I can only say it was a mistake."

Marcus Ericsson (P16): "It was a positive day for us. During FP3 this morning we made some steps forward by bringing the tyres into the right operating window. That helped us to extract the maximum out of the car. I also put in a good lap at the end of Q1. It is a satisfying result compared to the last GP weekends. We are going into the race with a good feeling."

Pascal Wehrlein (P19): "I am not satisfied with today's qualifying. Things were looking good yesterday, but today I did not feel comfortable with the car balance in FP3. At the beginning of qualifying, I started off OK but in my last lap in Q1, I went off the track. We are now looking into the data in order to make progress for tomorrow's race."