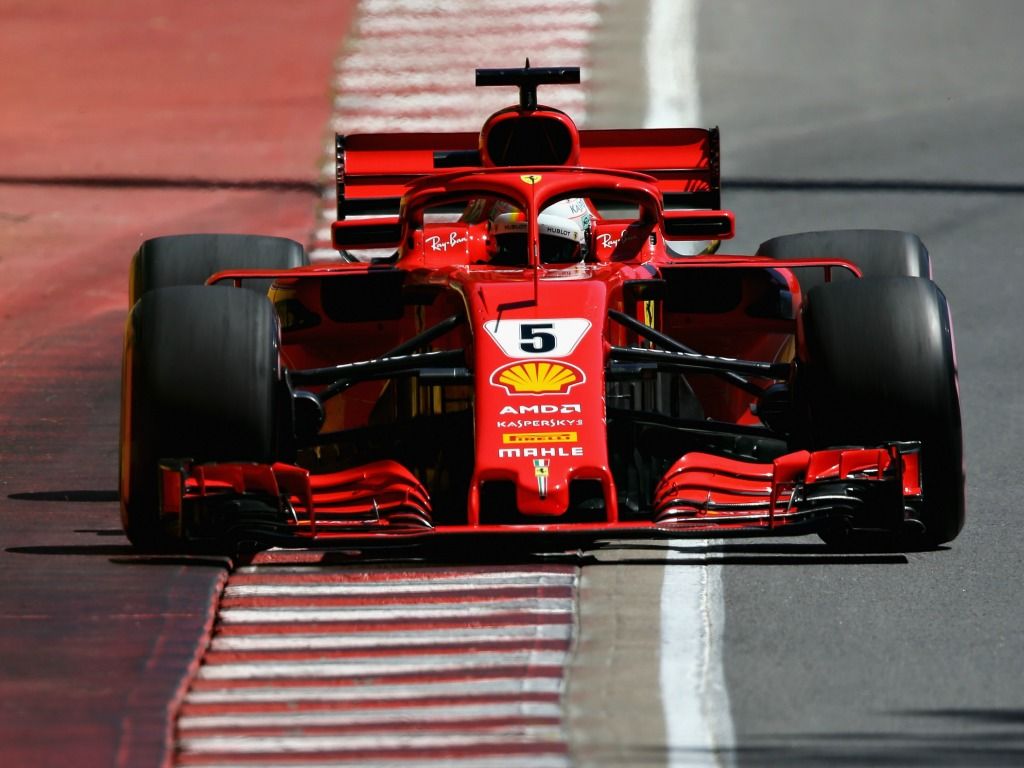 Sebastian Vettel clinched a fourth career pole in Canada after edging out Valtteri Bottas by 0.093 seconds at the Circuit Gilles Villeneuve.

Vettel set a new track record with a 1:10.764, improving by 0.012 seconds on his final hot lap to keep Bottas at bay, whilst Max Verstappen leapfrogged an under-par Lewis Hamilton for P3 on Sunday’s grid.

A costly mistake from Kimi Raikkonen saw him slip to P5 with Daniel Ricciardo completing the third row.

Elsewhere, Romain Grosjean was unable to compete in qualifying as his engine went up in smoke just seconds after Q1 began, while there was more for Williams with yet another Q1 knock-out.

McLaren were also noticeably off the pace in Canada as Fernando Alonso and Stoffel Vandoorne qualified in P14 and P15 respectively.

It was strangely calm and serene in the hour leading up to qualifying, but there was news from Honda that Pierre Gasly had to revert to an old-spec engine after an issue was identified with the new, upgraded power unit.

Then, no sooner had the track gone green for Q1, Grosjean’s wretched season got even worse when his Haas went up in a huge plume of smoke as he left the garage, ending his qualifying before it had even started.

As Ferrari set the early tempo, Sauber’s Marcus Ericsson was another early victim after brushing his car against the wall and almost crashing into Max Verstappen.

Lance Stroll ruined all slim chance of reaching Q2 when he flat spotted his tyres coming into the ‘Wall of Champions’ with just seconds remaining.

Sergey Sirotkin made it another double Q1 knockout for Williams, while Gasly also failed to make it through with the older Honda engine.

It was a nervy opening session for McLaren, though, as both Alonso and Vandoorne got into Q2 by the skin of their teeth.

That's a wrap for Qualifying!

Barely anything to choose between the top three teams

Mercedes and Ferrari both re-emerged for Q2 with the ultrasofts strapped on, whilst Red Bull went down the hypersoft route for their starting strategy for Sunday’s race.

But, ahead of their final hot laps in Q2, Mercedes and Ferrari joined Red Bull on the hypersoft compound.

However, Vettel hit a mountain of traffic down the back straight on the pink-striped compound and aborted his lap. Raikkonen and both Mercedes cars also bailed out as the mind games continued between the title rivals.

As Q2 ended, Ricciardo dislodged team-mate Verstappen at the top of the standings by 0.038 seconds and was the man to beat heading into Q3.

Alonso and Vandoorne were the two slowest drivers throughout Q2 and were both over half a second away from reaching the top 10.

Joining them on the sidelines were Charles Leclerc, in a respectable P13, plus Kevin Magnussen and Brendon Hartley in P11 and P13 respectively.

Bottas was the first driver to drop into the 1:10 benchmark and set the new track record at the Circuit Gilles Villeneuve, but Vettel sent the Ferrari fans in the grandstand wild as he pipped the Finn by 0.081 to put himself on provisional pole.

Hamilton, a master of this circuit, found himself four tenths down behind the pair with just one more hot lap left.

Both Red Bull cars began to fall away from contention in Q3, losing precious time in the final sector.

A costly mistake from Raikkonen on his final lap saw him abort his final, while Hamilton could only improve to P4 with Verstappen pipping him to P3 on the grid.

Back at the very top, Vettel improved by 0.012 seconds to keep pole ahead of Bottas.